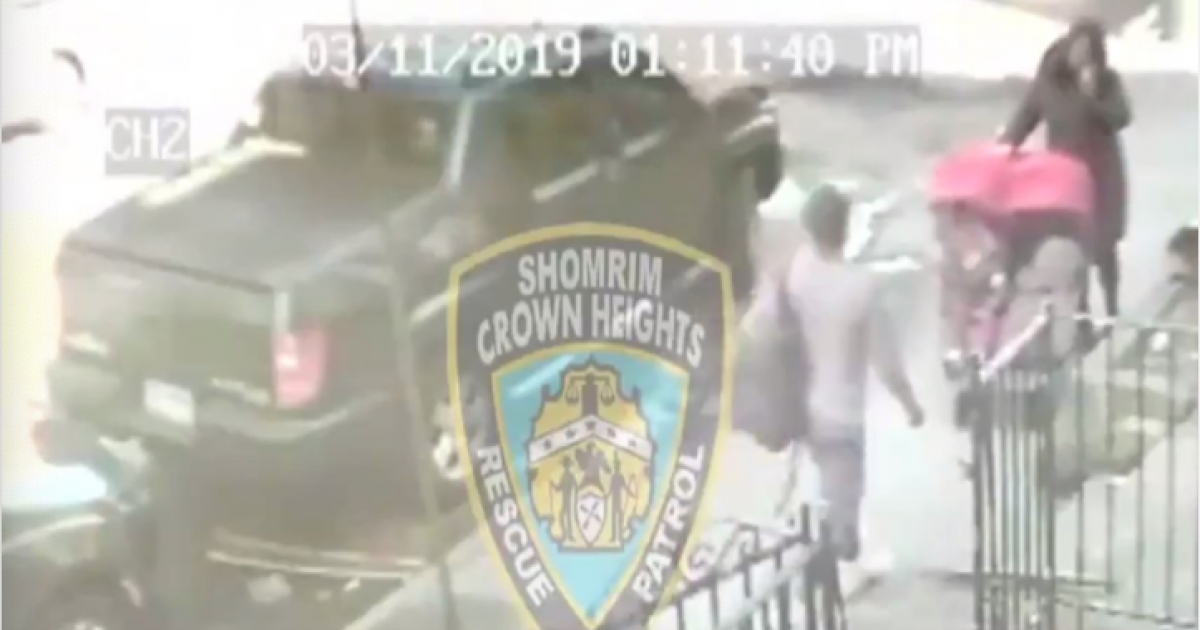 A man was recently caught on a surveillance video kicking a double stroller on Monday afternoon in what is known as the predominately Jewish neighborhood of Crown Heights in Brooklyn.

The video shows the mother, who is Jewish, pushing the stroller down the sidewalk when the man kicks the stroller then yells something profane at her and tells her to get out of his way.

This, ladies and gentlemen, is the type of society being established thanks to the rampant anti-Semitism pushed forward by the Democratic Party through people like Rep. Ilhan Omar.

The mother, who is Jewish, was pushing the stroller down the sidewalk on Sterling Street when the man kicked the stroller, apparently swore at her, and ordered her out of his way, police told the station.

WPIX said the incident is the latest in string of attacks apparently aimed at the Jewish community across New York City, which include assaults and swastikas.

As stated above, this is just the outworking of the liberal worldview happening in our own communities. It simply cannot be a coincidence that there is violence in Jewish communities at the same time anti-Semitism is being broadcast from popular U.S. congresswomen. That would seem to be a bit of a stretch.

Let’s hope they find this guy and make him pay for his crime.