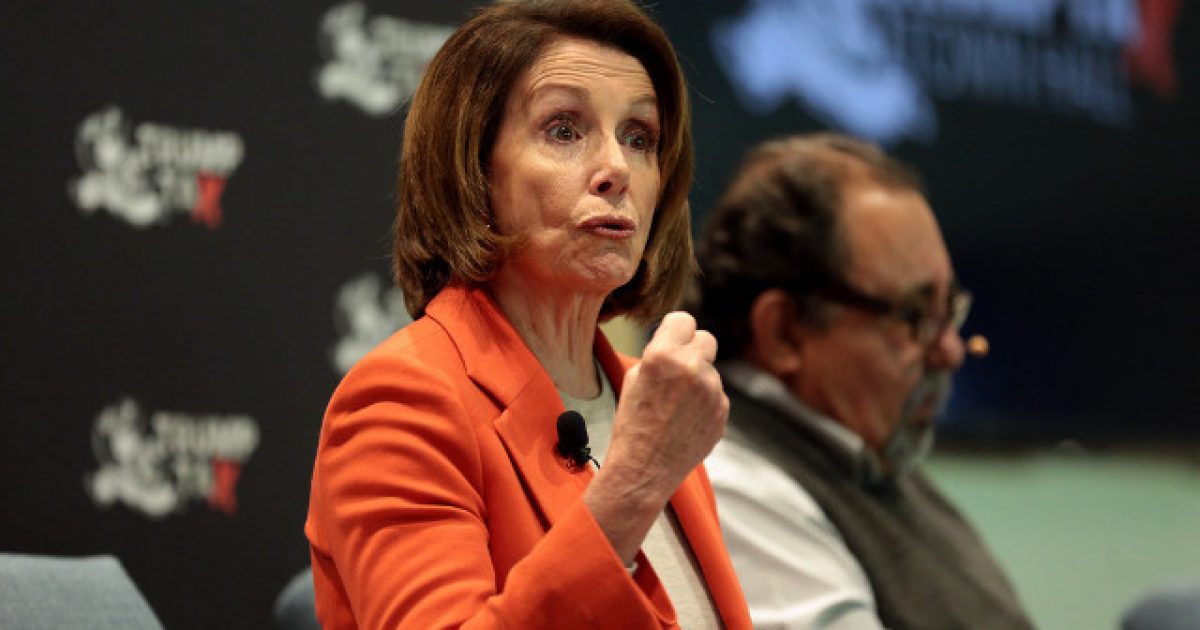 House Speaker Nancy Pelosi recently decided to weigh in on an amendment attached to a House bill requiring gun sellers to notify ICE if illegal immigrants attempt to buy guns, calling the GOP “xenophobic” over it.

In other words, it’s totally okay for folks who are here illegally and who often times have criminal records to go ahead and purchase a firearm without being hassled, but not law abiding citizens.

Liberalism is a mental disorder, folks.

The Republicans had used a motion to recommit before the House’s vote on the legislation, allowing them as the minority party in the House to debate and amend a the bill before the Speaker called for a vote. On Wednesday, the House passed the Bipartisan Background Checks Act of 2019, which included the GOP’s provision, 240 to 190.

The amendment was initially introduced by Florida Republican Representative Greg Steube in early February, but had been voted down; Steube responded at the time:

Clearly, the Democrats on the House Judiciary Committee don’t care about preventing gun violence, they simply are playing politics with Americans’ Second Amendment rights. The fact that Democrats do not want law enforcement notified if an individual attempting to purchase a firearm fails a background check is truly troubling. In rejecting this Amendment, the Democrats have shown their true colors. It is clear they are not interested in preventing gun violence or stopping the illegal purchase of firearms, but rather they are only interested in limiting the rights of law abiding citizens to advance their own political agenda.

But on Wednesday, 22 Democrats who came from districts won by President Trump in 2016 election voted for the bill, according to Greg Giroux of Bloomberg.

On Thursday, in a press briefing, as Pelosi was being asked about the Democrats’ response to the anti-Semitic remarks of Rep. Ilhan Omar, a reporter asked about H.R. 1, querying, “There was some concern about motions to recommit which your side has had. I know how important H.R. 1 is to your side, and that if you didn’t address this right away, that that could be the motion to recommit and try to undercut what happened with the firearms bill last week and so on and so forth. So, was that part of the decision to go ahead at this point and get this done?”

The reporter pressed, “Explain why.”

No, no. The Republicans will never fail to have their xenophobic motions to recommit as they did last week. It doesn’t matter whether we have a resolution or not. So this has nothing to do with that. This has to do with (Long pause) I see everything as an opportunity. This is an opportunity once again (shaking her fist) to declare strong as possible opposition to anti-Semitism, anti-Muslim statements, white supremist (sic) attitudes, the president may think there are good people on both sides, we don’t share that view. So it has nothing to do with that. However I do grant you that the Republicans will try to put these kinds of statements in their motions to recommit, but that’s housekeeping. That’s not a policy.

Is this not pure insanity? How do these people not go mad from all of the inconsistencies in their worldview?