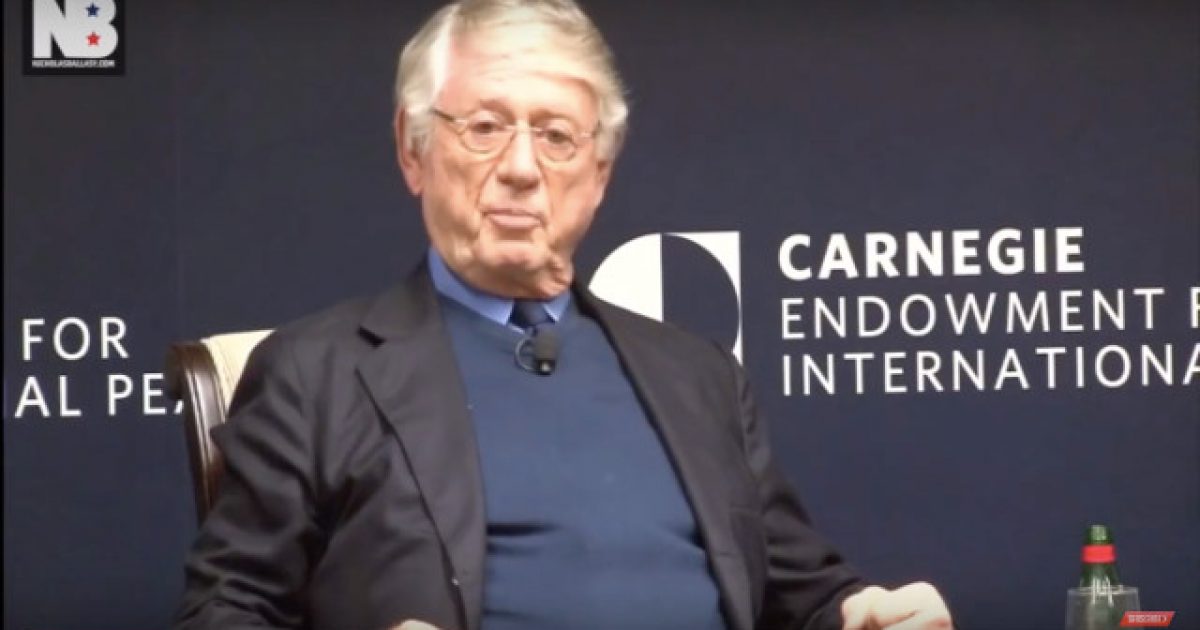 Ted Koppel, former iconic news anchor on “Nightline” took a big shot at the mainstream media, especially the New York Times and Washington Post, stating that President Trump isn’t wrong in his assessment about the liberal media being out to get him.

Just imagine how many liberal heads in the media are exploding right now. It’s not a pretty sight, that much is for certain.

The legendary anchor recalled the infamous Trump “grab them by the p***y” audio hitting the news cycle a month before the 2016 election and told the audience, “I will not offend any of you here by using the language, but you know exactly what words were used, and they were spelled out on the front page of the New York Times. I turned to my wife and I said, ‘The Times is absolutely committed to making sure that this guy does not get elected.'”

The media has absolutely made it clear that they have it out for Trump. All you have to do to know that’s true is just tune in to CNN, MSNBC, ect. and watch how much time is dedicated to negative Trump coverage. It’s insane.

There’s no balance anymore. These media outlets don’t want to do their job to simply report the facts and allow Americans to draw their own conclusions. They want to teach you what to think instead. They want to interpret the data according to their own agenda and spoon feed it to the masses, controlling them with deceptive narratives.

We need folks like Koppel in the media. Let’s hope we get some soon.