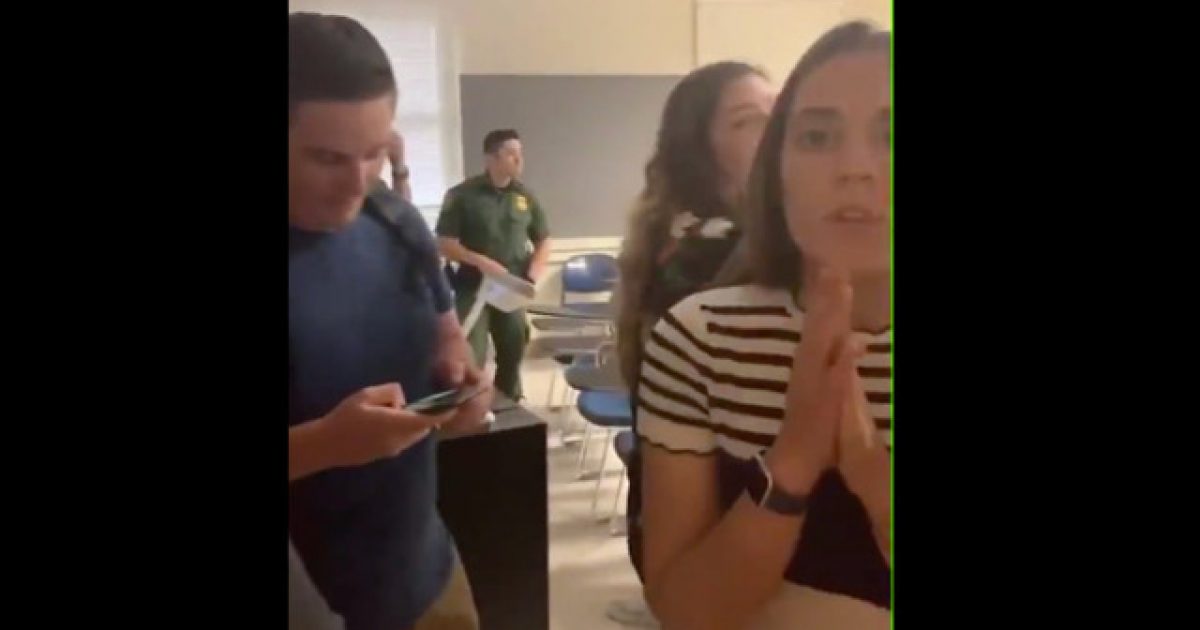 Students at the University of Arizona were video recorded harassing two Border Patrol agents during an event designed for criminal justice majors.

The agents were in the middle of speaking with a classroom full of students when a group of protesters entered the room and began to compare the agents to the KKK and labeling them “murder patrol.”

These comments should be all the proof you need to backup the claim that young folks today are mindless automatons brainwashed by progressive educators in the public education system.

The agents were visiting the school’s Criminal Justice Association at the time of the incident, the Daily Wire reported. The association previously hosted both members of the Bureau of Alcohol, Firearms, and Explosives as well as employees of the Homeland Securities Investigations wing.

In videos posted on social media, students can be seen haranguing the officers, interrupting their presentations, and in some cases, following the agents around campus.

One student, who appears to be filming one of the videos in question, can be heard saying, “I don’t know who allowed the murder patrol. They allow murderers to be on campus where I pay to be here. Murderers! On campus. Murderers on campus!”

The stupid oozing out of these kids’ pores is so thick and strong you can actually smell it.

The student holding the camera continued to rant:

Another student in the class told the students they were welcome to attend the event and have a discussion, but, of course, radical leftists are nothing but overgrown children, so the individual said, “Great, I can sit in the entire time, I’ll just be saying that they’re murderers the entire f***ing time because it’s the truth. They’re murderers, and you, as a club, should be more conscious of the rest of the students on this campus. [We] don’t feel safe with them here.”

These people are so full of crap it’s a wonder their eyes haven’t turned brown. When the group continued to be belligerent, another student threatened to call the police.

Even worse is the fact that a group of students followed officers to their car as they were trying to leave campus, like a bunch of rabid dogs foaming at the mouth.

WATCH: Far-left protesters at the University of Arizona protest Border Patrol agents on campus by likening them to the KKK and calling them the Murder Patrol repeatedly.

These are the wypipo who called the cops on me pic.twitter.com/uwY4IoxcsP

This is the future of our country? We’re in big trouble.