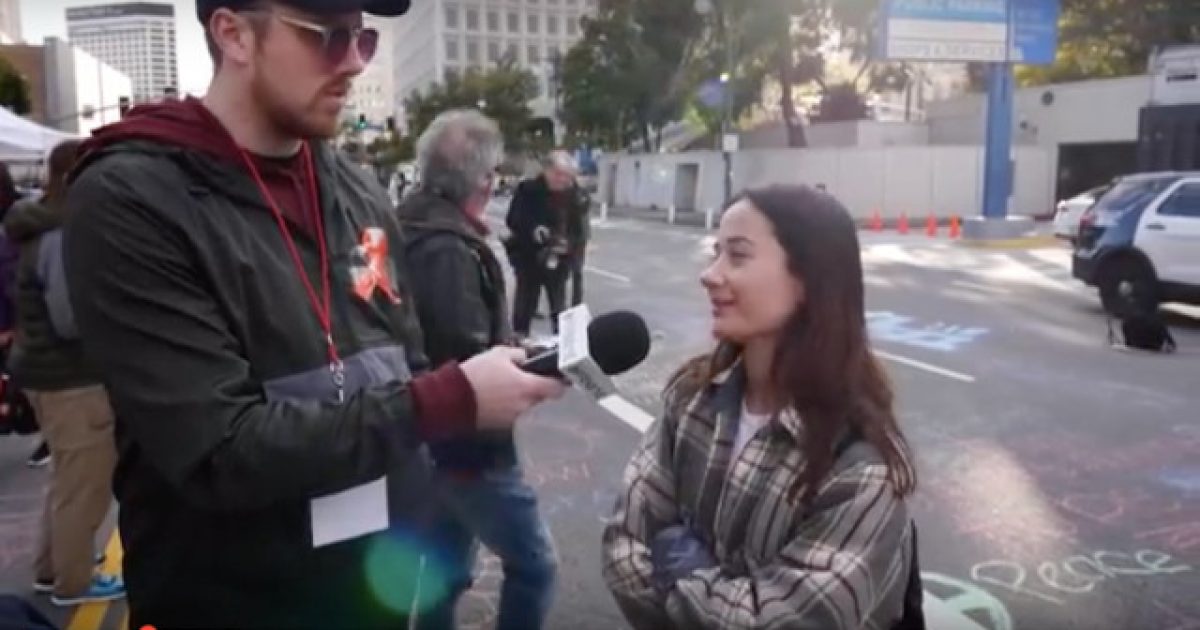 Elijah Schaffer, host of “Slightly Offens*ve” decided to check out an International Women’s Day demonstration in L.A., and ask those who attended the event which women’s issues were important to them.

As you might imagine, issues like equal pay, abortion — AKA child murder — and many other typical left-wing policy stances came up, which is pretty much what you’d expect from such a liberal conference.

Schaffer held up a sign with a photo of “Empire” star Jussie Smollett who was recently indicted on 16 charges after he reported a fake hate crime in Chicago.

Yeah, you can probably imagine how such a comment went over with this crowd. Check out the video to see some of the reactions he got.

How about that first guy saying he hopes for a woman to assassinate the president? Yikes. Like yowza. This dude might end up finding himself investigated by the Secret Service over something like that.

This is a prime example of how emotionalism drives liberals and their worldview and why they absolutely need to be held in check by folks who understand logic and reason instead of being led by feelings.

As the great Ben Shapiro always says, facts don’t care about your feelings.