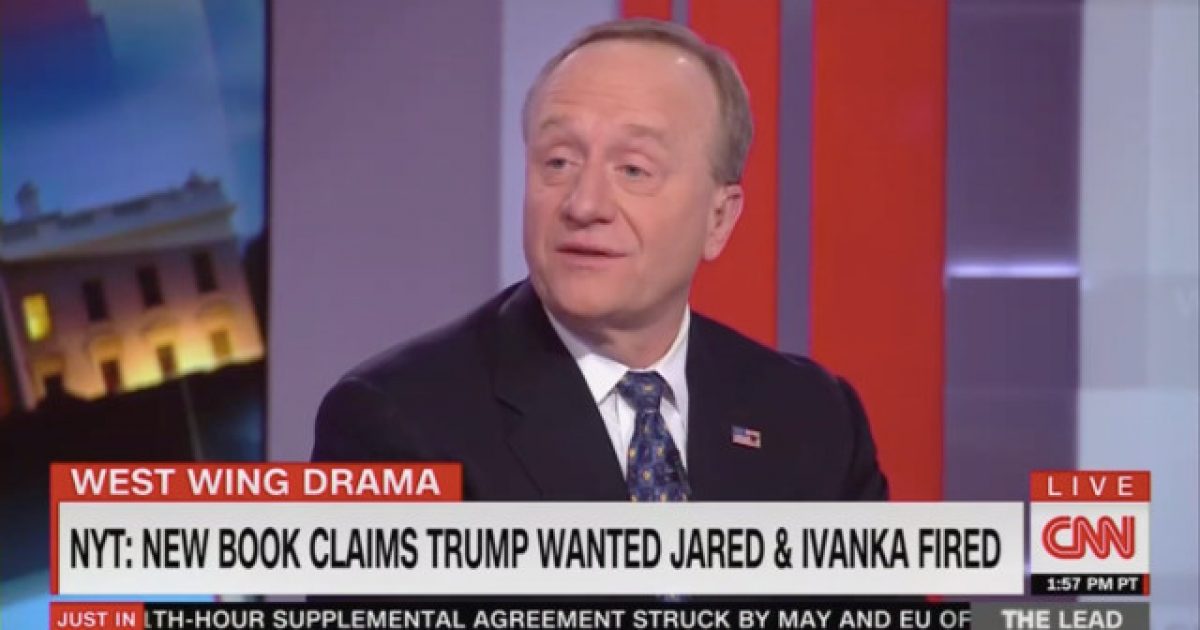 CNN commentator Paul Begala decided to take an opportunity on “The Lead” with Jake Tapper to fire a few shots off at President Trump’s daughter Ivanka and her husband Jared Kushner, fully putting on display the classy sort of journalism this network has become known for.

The segment was discussing a new book that makes the claim that Trump wanted to boot Ivanka and her hubby from the roles they hold within his administration.

Tapper kicks things off by asking, “Is it a sign that loyalty is, is preeminent with the Trumps?”

Begala responded by saying, “I don’t think so. No, I think mediocrity is. And when you’re too mediocre even for Donald Trump, you really got a problem. And of course they survived. I mean, cockroaches are going to survive a nuclear war.”

Conservative site NewsBusters noted that Begala’s comment could be considered an anti-Semitic insult, especially since Ivanka converted to Judaism, joining her husband Jared in his religion. The comparison of the Kushners to insects is eerily similar to rhetoric used by Louis Farrakhan, leader of the Nation of Islam, who infamously stated he wasn’t “anti-semite,” but “anti-termite.”

Would it really be all that surprising if Begala used an anti-Semitic slur? Rep. Ilhan Omar has been pretty instrumental in revealing the deep hatred for the Jewish nation of Israel and Jewish folks in general that is ingrained within the Democratic Party. Nothing would be that surprising at this point.