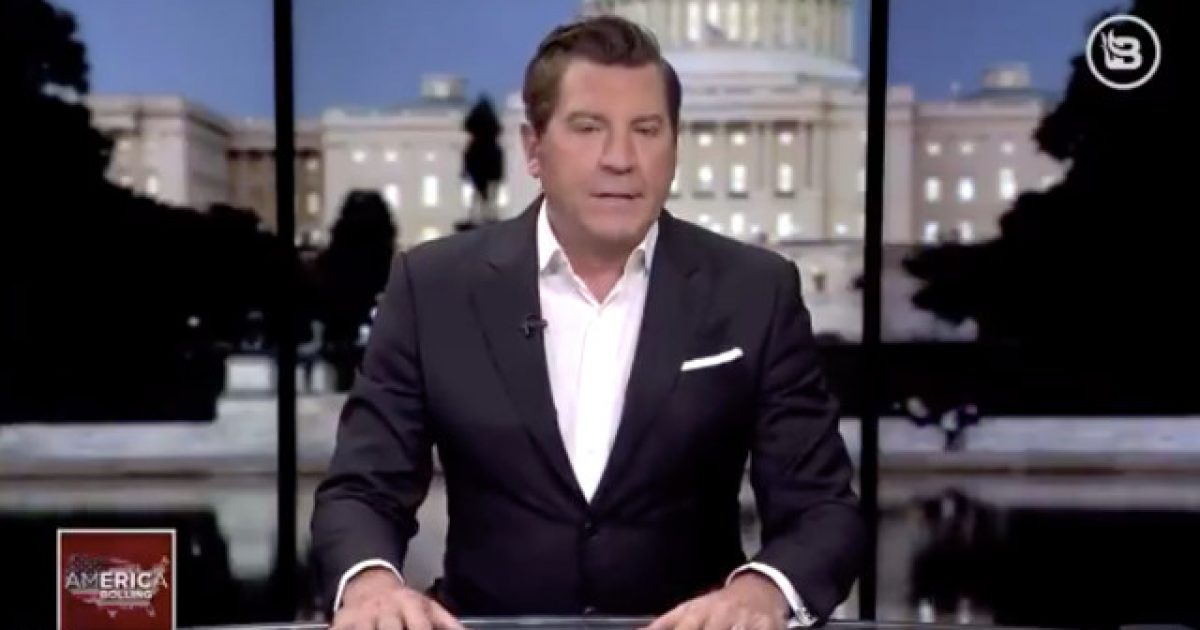 For some time now it’s become blazingly clear that folks on the left in this day and age have lost any shred of humanity and decency they possess — which was already only a morsel — ever since President Trump was elected president.

Or, depending on how you look at it, Trump has brought out their true selves, the stony, cold, black hearts that beat in their chests that they hide beneath a veneer of fake compassion. Either way, there’s little doubt a lot of these folks — not all, but a lot — are pure evil.

Like the individual who confronted BlazeTV host Eric Bolling at a restaurant and said the most horrific thing you could possibly say to a man who recently lost his son.

If you’ll remember back, Bolling’s son died of an accidental overdose back in September of 2017.

The man who spoke with Bolling said his son killed himself because he “was embarrassed by his dad.”

Eric video recorded the next part of the exchange they shared. This is truly heartbreaking. Here’s a transcription of the video:

My son, Eric Chase, and I were best friends. I adored him. We shared sneakers and polo shirts. He was my life. 18 months ago, I got the call every parent dreads. My son, Eric Chase, was away at college, the University of Colorado, Boulder. He was a sophomore. It was 10 p.m. and my wife and I were driving home from a celebrity dinner. I just closed a chapter in my career earlier that afternoon. Fox and I had separated ways under amicable circumstances. My cell phone rang and the girl on the line was crying rather hard. To this day, I don’t know why I went right there, but I asked, “Kayla, is he alive?” All I heard was “no.” Adrienne, who had pulled the car over, was listening to the speakerphone. When she heard “no,” she literally fell out of the car and onto the active roadway. I scooped her up and we sat on the curb for two hours crying. Adrienne repeated, “No, no, no, no, no,” probably several thousand times.

The coroner found that Eric died of an accidental overdose from a Xanax laced with a deadly Fentanyl. Since then I have been on the front lines in the war on the opioid death national health crisis. I’ve hosted town halls with Sinclair featuring the first lady, Melania Trump, twice, the Surgeon General Jerome Adams, the drug czar, James Carroll, the director of the DEA, Kellyanne Conway, Senators Cruz and Rubio, Cabinet Secretaries from the DHS, HHS, and the VA; every one of these events saves lives. We have dozens of calls, emails, posts from people who thanked us for saving their life or that of a loved one after they saw and/or heard one of our town halls.

But I need to tell you something. Each time I tell this story, my heart gets ripped out of my chest. I’m telling you this because something awful happened to me last night. I’ve always been completely honest and transparent with you, my faithful friends, supporters and viewers. Last night I was sitting with some friends at the Trump hotel in D.C. Among several others, Hayden Williams from Berkeley was at our table. I was chatting with Hayden about him telling the story about being walloped on campus by a thug just because he was wearing a MAGA hat. I barely noticed what was about to happen. A guy who appeared to be talking on a cell phone walked by our table and turned towards us and said, “Eric Bolling’s son killed himself because he was embarrassed by his dad.” It was a drive-by hit on me using the most hateful words a human being could deliver to a grieving father. I got up and followed this hateful moron out of the hotel. I started taping and here’s what happened next.

Bolling then narrates the video:

That guy right there is the man who delivered the hate; walking fast, not breaking stride even as he crossed Pennsylvania Avenue against traffic. He was weaving around cars. Now I chased him down and yelled whatever comes to the mind of a man who’d just been told his son killed himself because of him. Yep, I used some bad words. Yes, I followed him and yes, I shouted at him.

Bolling went on to state that he does not apologize for continuing to confront the man, saying his son was his life, his world.

As you can see, there was a second guy lurking somewhere with a camera. He put it right in my face, like an inch or two away from my face, and he a disturbing huge smile on his face, even after I mentioned Eric Chase being dead. These men are despicable people. I asked my producer to blur these thugs’ faces because I wouldn’t want to expose them to the type of hate they had just dumped on me. My question is, why though? Why would anyone do such a horrific thing over politics? Just because I’m a friend of President Trump?

While trying to enjoy conversation with friends last night, someone or some group walked into my world and delivered what they wanted to be a death-blow. I’m sure whomever these guys worked for wanted me to shut up. But guess what they did instead? They picked a fight with the wrong guy. On September 8, 2017, I lost my son. I left my career behind and I put my faith on ice that day. All in a three-hour period. I lost it all that day, and this is what I have left.

Therefore, I will not shut up, not a chance. Eric Chase would never allow me to be intimidated by thugs like these guys. So, I shall not. God bless President Trump. God bless his supporters. God bless the United States of America. And God damn those among us who use hate to fuel a political agenda.

.@EricBolling was sitting with some friends at Trump Hotel in D.C. when a man walked by his table & said, loud enough for them to hear, Eric's son "killed himself because he was embarrassed by his dad.”

Eric followed the hateful man outside & started filming what came next… pic.twitter.com/51FhqG6Nmh

Politics are an important part of life. Politics impact everything we do, to some level, on a daily basis, whether we realize it or not, which is why it is critical to stay well informed on both sides of an issue, and exercise our right to vote responsibly.

It’s also critically important that we stand up for what we know is true and right. However, it’s equally important that in doing so, we don’t forget our humanity, that the folks across the aisle from us, whether they act like it or not, are still human beings who deserve basic respect as image bearers of God.

This means extending them the respect they refuse to extend to us, showing them that we are the ones with the moral high ground, the correct set of values, because in reality, that’s exactly right.

Let’s all take some time and pray for Eric Bolling and the man who did such a horrible, horrible thing to him. They both need help and support, though in totally different ways.