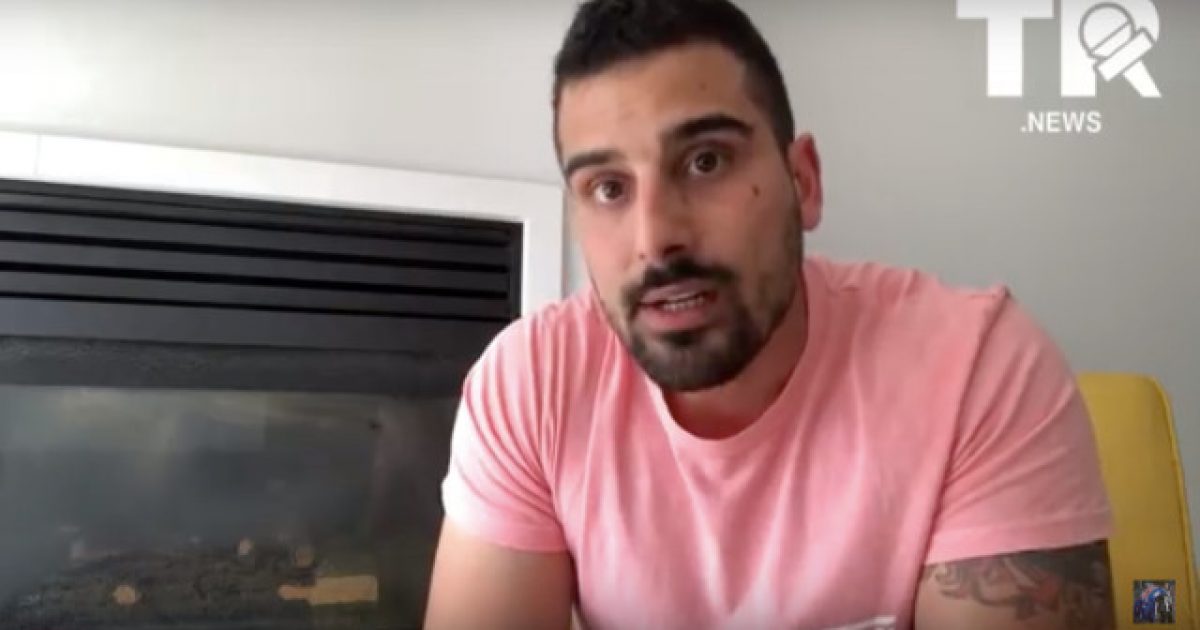 A program that airs on the Comedy Central cable network decided to set its sights on an Australian Jewish military veteran in light of the massacre that happened in Christchurch, New Zealand.

The program apparently selectively edited an interview with the vet from a few months back in order to make him appear to be a radical, breaking a pledge the interview would not be included in the same segment as any Nazi sympathizers.

So how did the show get busted for their deceptive editing? Turns out the vet recorded the entire interview on his phone.

Here’s Avi Yemini, the veteran in question, exposing host Jim Jefferies over the interview. The following was taken from a video posted on Yemini’s YouTube channel:

So, a few months ago, Jim Jefferies’ producer contacted me and asked me to come on as a guest to his show. Now I agreed with two conditions: one, there will be no Neo-Nazis or Nazi sympathizers on the same segment, because I don’t want to be aligned to them and I don’t want to give them any legitimacy or anything like that. Common sense. The second one was that they don’t cut my answers from one question and put it to another.

Now, to my horror, but not my surprise, they did exactly both. Both those things. But they went even further. They connected me to the Christchurch shooter. To the terrorist. So it’s important to remember that this was filmed a few months ago, and not in response to the Christchurch massacre, as they seem to be alluding to here.

Luckily, I’m not an idiot, and I knew what their plan was all along. They flew me to Singapore, put me in a hotel for a couple of days there, what was I to expect? It was a set-up. So, what I did was, I got there, and I secretly put my phone down to record the entire segment.

Now over the next few days I’m gonna release a bunch of little clips that are important that he specifically didn’t add to the piece. We filmed for about an hour, and there’s about three or four minutes where he’s included little snippets.

Here’s a few more snippets from the interview via Bounding Into Comics:

“Jefferies: What gives anyone the right to tell anyone where they can and can’t live?

Yemini: When you import this culture, what do you think’s going to happen? Australia’s going to end up the same shithole that they came from, that they were escaping.”

Here’s a transcript from the unaltered footage that has Yemini giving a very different answer.

Jefferies: What gives anyone the right to tell anyone where they can and can’t live?

Jefferies: I know borders, but wouldn’t it just be nice if we got to a place in society, a utopia where we all just commit to this one idea?

Yemini: I think most sensible people would agree with you in theory, but in practice, it goes against human nature, it just doesn’t work.”

Later on in the interview, Jefferies himself reveals how wickedly bigoted he is by talking about how if a dingo ate a Muslim baby it would vomit it back up.

Yemini calls him out for his comment and says it’s not funny to talk about killing kids, that that’s crossing a line. Jefferies responds by saying he’ll edit that bit out, saying he “never looks bad in these interviews.”

What a vile man. How gross do you have to be to actually go out of your way to make someone look hateful, knowing it isn’t true, all while hiding your own prejudices? It’s the very definition of hypocrisy.

Jefferies is an absolutely disgusting human being. Let’s hope that as the truth goes out, Jefferies is held accountable for his comments and for the false way he edited the video together.