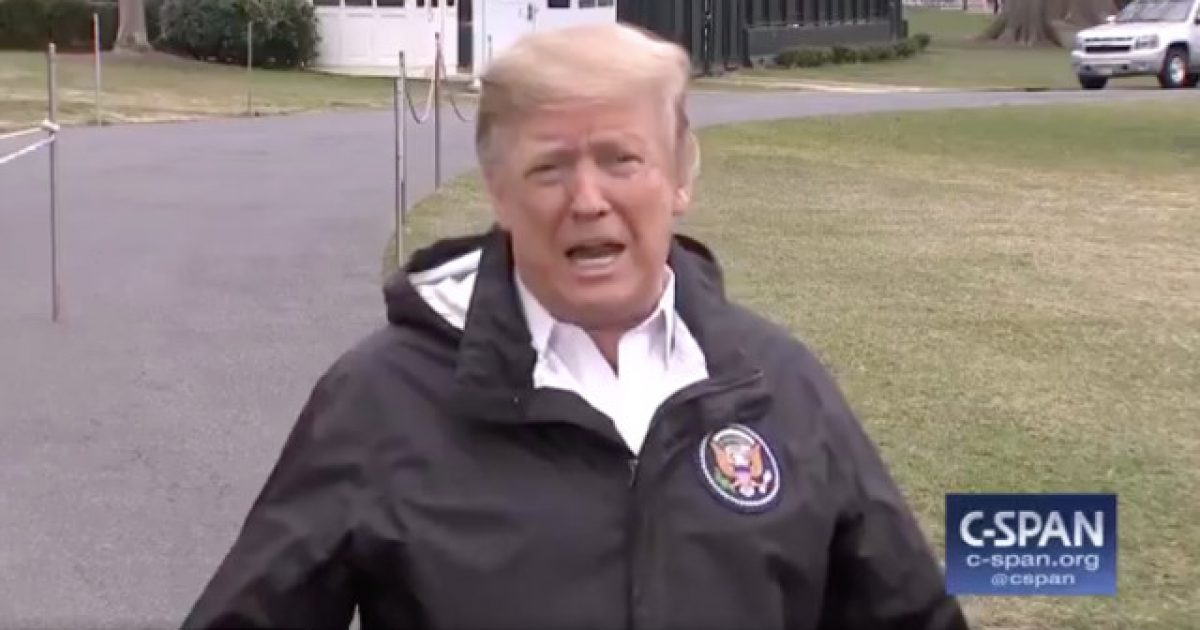 One of the things we all love about President Trump is how he’s not afraid to weigh in on even the most controversial subjects and nail Democrats for their hypocrisy and egregious behavior and policies.

Well, he’s done it again, this time ripping the left for becoming the “Anti-Jewish Party,” referring to how Democrats in Congress and those running for president are not holding Rep. Ilhan Omar accountable for anti-Semitic statements she’s made since her time in office, and continues to make.

The Democrats recently rejected a resolution condemning anti-Semitic language, thus exposing where they stand when it comes to Israel and Jewish folk in general.

Trump has a point. The Democrats long ago left Israel behind, as evidencd by the 2012 Democratic National Convention, when Democrats booed language identifying Jerusalem, which is regarded by Jews as their eternal capital, as the capital of Israel. As even the left-wing Huffington Post noted:

After they took heat for omitting any reference to “God” in their platform, and for eliminating language from the 2008 platform that identified Jerusalem as the capital of Israel, Democrats tried to add the language back into their party platform with a voice vote … when Los Angeles Mayor Antonio Villaraigosa, the convention chairman, came to the podium to ask for the approval of the delegates, those who shouted opposition to the language change were as loud, if not louder, than those who voiced their support … Even though the no’s were again as loud if not louder than the aye’s on the third vote, Villaraigosa said he had determined that two thirds of those present had voted in favor. Boos filled the arena in response.

The New York Post reported of the 2016 DNC, “Bernie Sanders delegates were seen waving Palestinian flags in full view of the TV cameras. In fact, there were more Palestinian flags on the convention floor than American flags onstage. On Tuesday, Sanders fans and other protesters burned Israeli flags outside the convention center, chanting, ‘Long live the intifada.’ Of course, Sanders himself appointed three anti-Israel activists to the Democratic platform committee in hopes of steering the language of the party’s official position.”

Let’s also not forget how much damage former President Barack Obama did to our relationship with Israel during his time in office. He pushed the Iran nuclear deal which would enable Iran to make nuclear weapons, which made them a direct threat to the nation of Israel.

Not to mention all of the times he disrespected Israeli Prime Minister Benjamin Netanyahu.

Ever since Trump has been in office, he’s done a marvelous job of causing the Democratic Party to unravel at the seams and reveal their true natures.

They’ve been hiding all these ugly truths about their party for a long time. He’s made it impossible for them to stay in the shadows, exposing the darkness within their party over the course of the last three years.

President Trump: “I thought yesterday’s vote by the House was disgraceful, because it’s become — the Democrats have become an anti-Israel party. They’ve become an anti-Jewish party. And I thought that vote was a disgrace and so does everybody else if you get an honest answer.” pic.twitter.com/TNmPRMwNJA