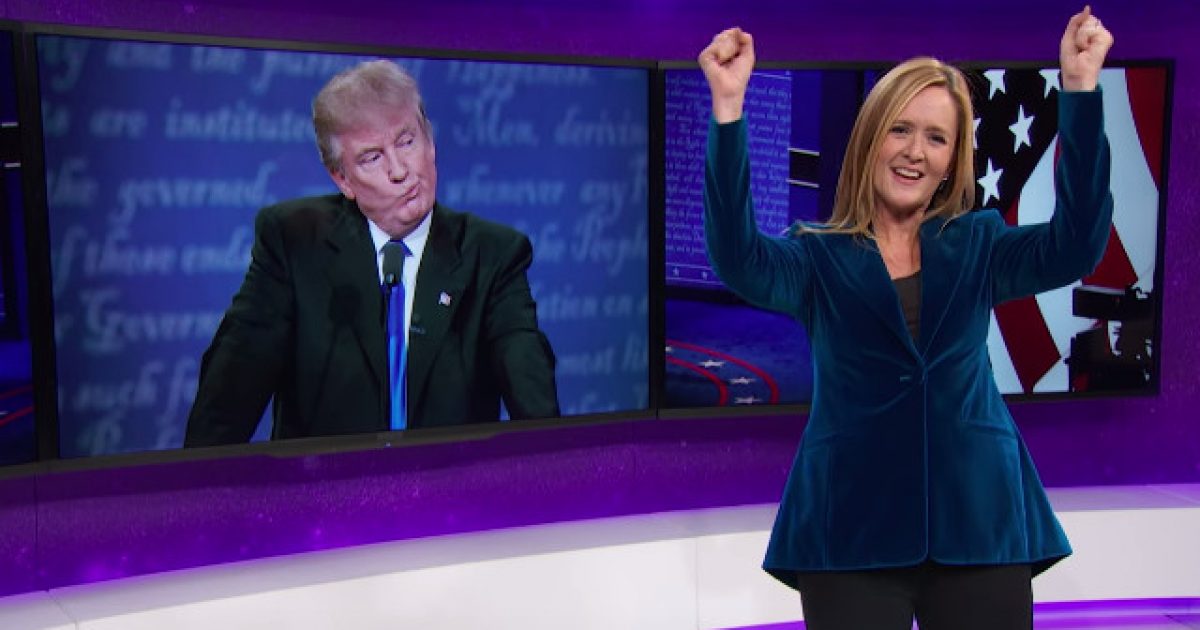 Samantha Bee, host of “Full Frontal,” has decided to embrace Rep. Ilhan Omar, notorious for her anti-Semitic comments, stating that Democrats who spoke out against Omar “threw her under the bus.”

Because apparently it’s only okay to fight against racism when it’s connected to huge blocks of potential voters.

Democrats are quick to pose with Ilhan Omar when it looks good on a magazine cover, but when it comes to standing with her on tough issues, they vamoosed. pic.twitter.com/IOsTi4Zljj

Bee kicked off her sickening defense by saying, “For weeks now, congresswoman Ilhan Omar has been under fire for comments that some said were anti-Semitic. First, because she tweeted, ‘It’s all about the Benjamins baby,’ in reference to the Israel lobby. Okay, whether she meant it that way or not, that was messed up. She should apologize.”

Bee tries to stick up for Omar by noting that the congresswoman indeed did apologize for her comment. However, this was completely erased by the fact that Omar went on to say later that Israel’s lobby forced Jews to have a “dual loyalty.”

The rest of the segment was basically Bee’s attempt to somehow paint President Trump as some sort of vile anti-Semite, the worst thing to grace planet earth since Adolf Hitler. The only problem here is that both Trump’s daughter and son-in-law are Jewish. Not to mention the fact Trump moved the U.S. embassy in Israel to Jerusalem.

Bee tries to justify Omar’s behavior by calling to attention her status as a freshman member of Congress who isn’t used to being a public figure and is struggling to accept that position while also bringing up “meaningful conversations.” She then goes on to slam Democrats for not standing up for her, especially since the party excused her comments not long after they were made.

There’s absolutely no excuse for defending Omar or her sickening, hateful comments. Her speech has made it clear that there is a deep anti-Semitic streak running deeply within the Democratic Party, exposing their hypocrisy on issues like equality and racism.

In all honesty, this could be a good thing for conservatives. It exposes the hatred of the left and reveals the ugly underbelly of the progressive movement. Let’s hope voters are paying attention.