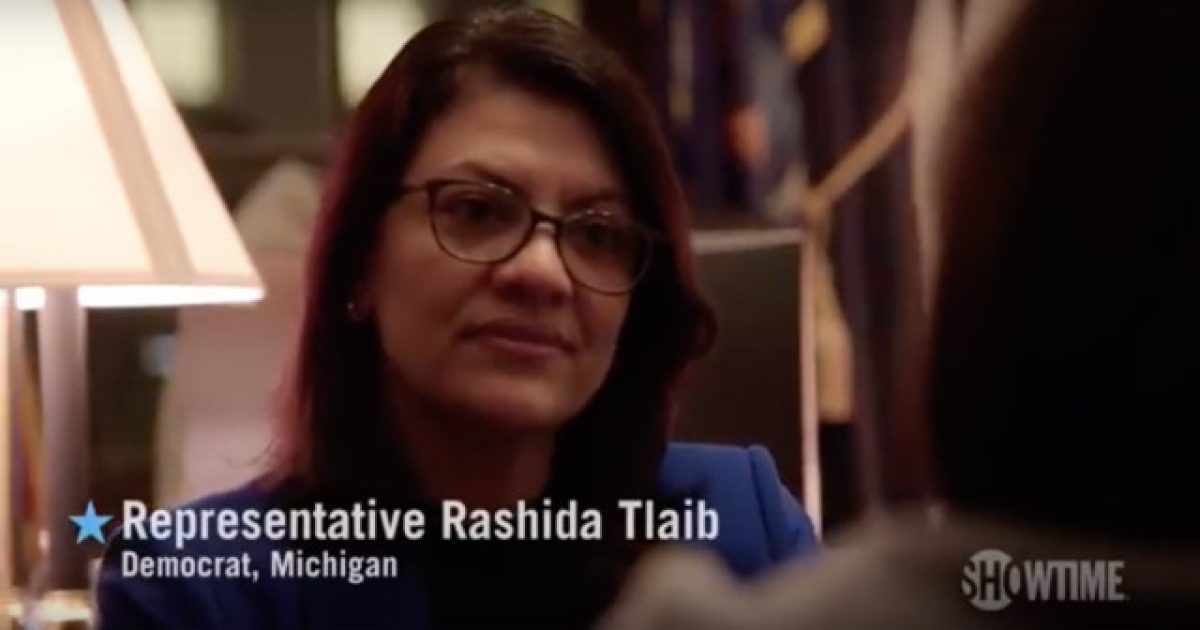 In a recent interview with Rep. Rashida Tlaib, the congresswoman was asked why she thought people within her own party — the Democrats — might have had such a strong reaction to the anti-Semitic language and rhetoric from Rep. Ilhan Omar.

Her answer? She blamed it all on “Islamophobia.”

So, yeah. Apparently if you’re mad at a Muslim for being anti-Semitic, then you’re automatically an Islamophobe. Isn’t the radical left just delightful?

“Why do you think people in your own party reacted so strongly against what [Rep. Ilhan Omar] said?” asked Alex Wagner, host of “The Circus,” in a moment reported by the Washington Free Beacon.

“You know, I’m trying to figure it out,” Tlaib responded. “It’s just this past week, I feel, and I know this would be somewhat shocking for some, but I think Islamophobia is very much among the Democratic Party as well as the Republican Party. And I know that’s hard for people to hear, but there’s only been four members of Congress that are of Muslim faith. Three of them currently serve in this institution. More of us need to get elected, but more of us need to understand as we come into this institution that I have a lot of work to do with my colleagues.”

“So you think Democrats have some ‘Islamophobia,’ and that’s at the root of this consternation,” Wagner said for clarification.

“I think our country is struggling with it,” Tlaib responded.

Or, and just hear me out here, perhaps the reason so many folks on both sides of the aisle came out against Omar is because the statements she made are motivated by her own personal hatred of an entire people group based on their ethnicity and religion, which is supposedly against the left’s principles of equality and they’re actually trying to be consistent?

But no, of course not. No, standing up for Jewish people has to be motivated by hatred of Muslim folk.

Give me a break.

Tlaib is apparently one of those individuals who is a perpetual victim, always looking for ways to justify her bad behavior by pointing the finger at someone else.