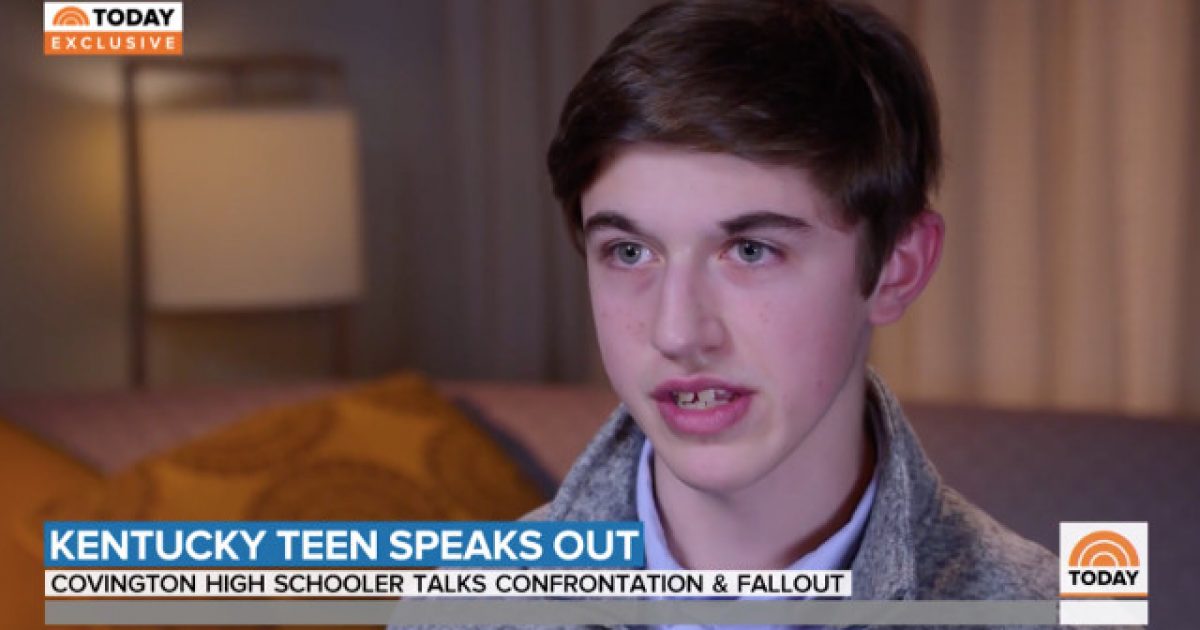 L. Lin Wood, P.C., the law firm that’s representing Nick Sandmann, the Covington Catholic High School student who has had his reputation thoroughly obliterated by the mainstream media’s coverage of a supposed confrontation he had with a Native American activist on the steps of the Lincoln Memorial earlier this year, has released a scorching video against CNN and the Washington Post.

Earlier this week, Sandmann’s legal team filed a whopping $275 million lawsuit against CNN for false attacks made against their client in January.

The video the team released focuses much of its content on the danger posed by mainstream media outlets that are biased in their coverage when they are more concerned with pushing a narrative than telling the facts.

Here’s some snippets of what’s said in the video:

“Last January, 16-year-old Nicholas Sandmann was falsely targeted, attacked, vilified, and threatened. The Washington Post, owned by the richest man in the world, led the print media’s false attacks against Nicholas’ reputation. CNN led the broadcast media’s charge against Nicholas. Both recklessly spread lies about a minor to advance their own financial and political agendas.”

“Despite raw video debunking the false narrative, the Post and CNN doubled down on their reckless lies. Lies that will forever haunt and endanger the life of an innocent young man. Lies that further divided our nation.”

“How long will we allow these media giants to tear at the fabric of our lives to further their own agendas? Will they ever be held accountable? Yes, they will.Nicholas Sandman has taken a stand for himself and for you by filing major lawsuits against CNN and the Washington Post. Nicholas and his legal team will not be stopped until these Goliath corporations are held accountable for their lack of journalistic integrity. Until then, no one’s reputation is safe.”

The last bit in the video is where the real heavy hit comes, as Lin Wood delivers this verbal one-two punch:

“If you took the time to look at the full context of what happened that day, Nicholas Sandmann did absolutely nothing wrong. If they can get away with this against a 16-year-old boy then we’re all at risk. There has to be change.”

This is a powerful message and a very true warning to every American. The news media has grown out of control in their desire to vilify conservatives. They are willing to play as dirty as they can to push the narratives they want in order to achieve their agenda.

Hopefully these lawsuits from Sandmann will spark others who have been tarnished by the media to stand up for themselves against these left-wing propaganda machines.