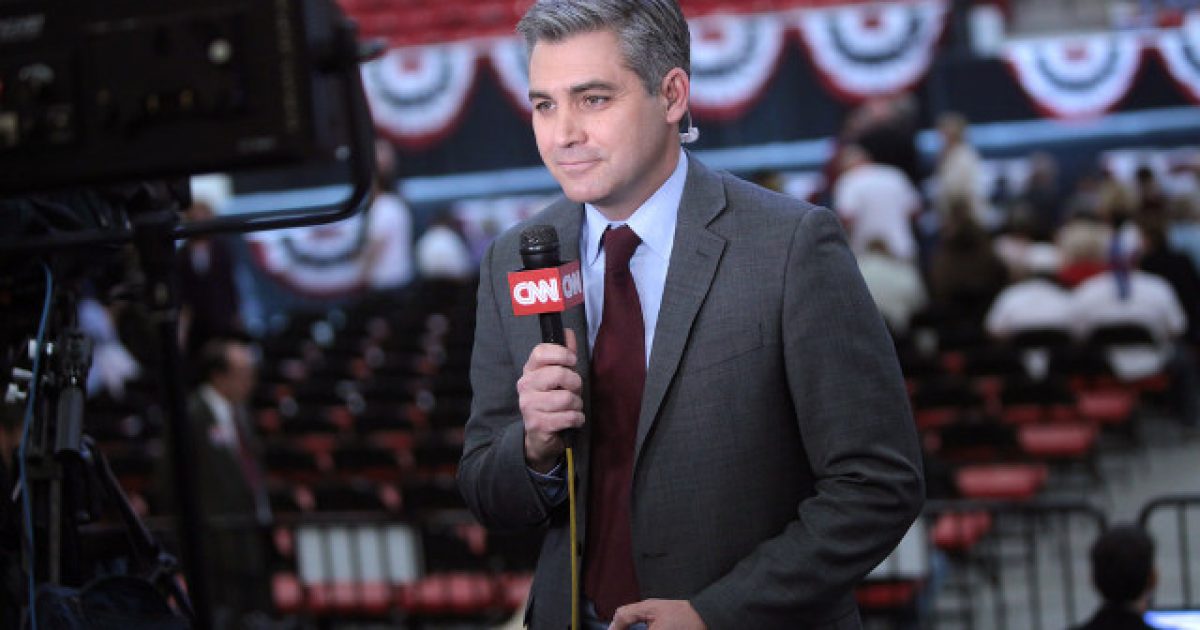 CNN’s Jim Acosta has a reputation for being obnoxious, particularly when it comes to his behavior at the White House where he constantly hassles the president and other important staff who might address the press.

He’s even had his press pass for the White House revoked at one point, which you’d think would send the message to tone down a little, but nope, Acosta is the kind of guy who just never learns.

On Tuesday, Acosta was pretty ticked off after he was not called on during a press conference with President Trump and Brazilian President Jair Bolsonaro.

Perhaps Acosta would like a little cheesy with his whine? Okay, okay, no more corny “dad jokes.” At least not here.

Acosta complained on air that a reporter from The Daily Caller was called on, that Brazil’s president used the term “fake news,” and that conservatives are pushing back against the bias they face on social media platforms.

“There was a lot of that going on during this news conference, but I think, Brooke, the thing that has to be noted, and we’d be remiss if we didn’t note it, is that when the President of Brazil mentioned the term ‘fake news,’ he got sort of a smile and a nod from President Trump. And, you know, this is something that we’ve seen since President Trump came into office, called this network fake news, his referring to the press as the enemy of the people and so on is that this is a virus that is spreading around the world,” Acosta said, according to a clip flagged by NewsBusters.

“When you have the President of Brazil calling the press fake news, he is — he is trying to essentially, you know, in a sycophantic sort of way, suck up to the President of the United States,” Acosta continued. “There’s no other way of putting it and trying to emulate him down, as they call him in Brazil, as the Trump of the tropics. You know, this is — this is another example of when the President of the United States says something here in the U.S. referring to the press as fake news, referring to the press in other derogatory terms, other leaders around the world, other governments around the world are listening and Jair Bolsonaro proved that to all of us here in this Rose Garden news conference, Brooke.”

Look, it’s totally okay for left-leaning publications to ask hardball questions. That’s to be greatly encouraged in a society where freedom of speech and freedom of the press are greatly prized and treasured.

However, you don’t have to be a jerk about it, and that’s where the issue with Acosta arises. He’s obnoxious, a word that’s been used numerous times in this piece already because it’s such a fitting descriptor.

Acting rude and entitled is the opposite of acting professionally. Not to mention CNN has not been kind to the president, refusing at any point to do their actual job of objectively reporting the news, opting instead to dedicate air time to negative coverage and a mission to see him removed from office.

If Acosta would like to be treated like an adult, he should give serious consideration to acting like one. You know, “act your age and not your shoe size.”

Video: Here’s portions of Jim @Acosta‘s latest meltdown, attacking the @DailyCaller, accusing Trump of spreading “a virus” that the media’s biased around the world, denies conservatives are silenced on social media and even suggested conservatives have bigger media footprint pic.twitter.com/WMPybRSvc9