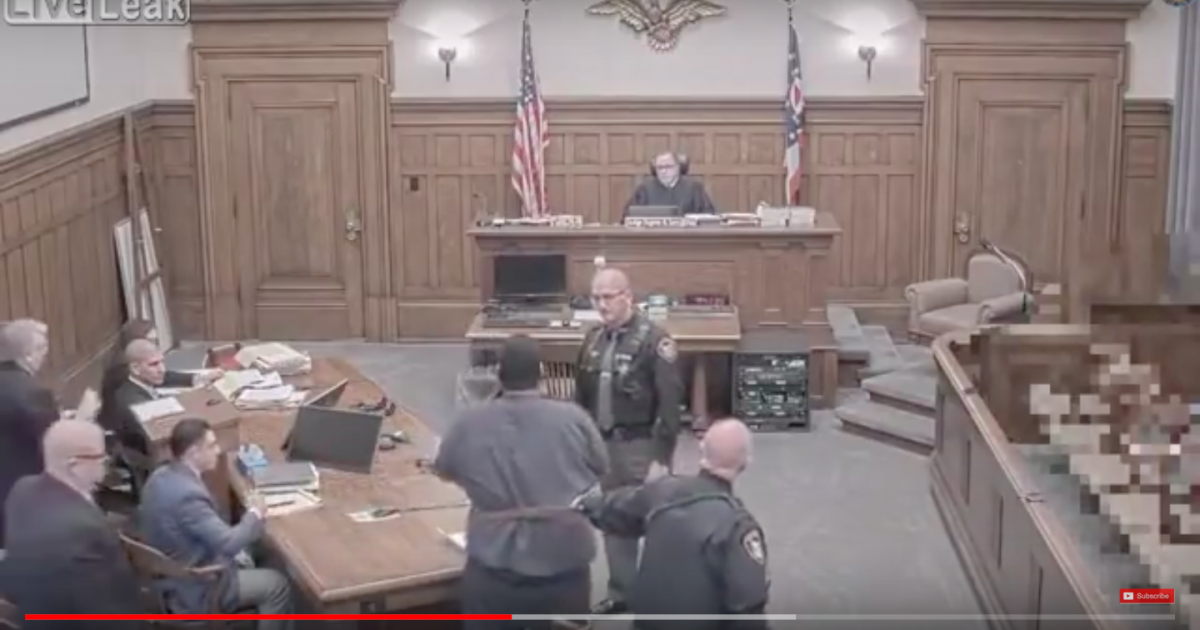 Manson Bryant, 32, is a career criminal who has been sent up the river on three different occasions, with the same judge, Judge Eugene Lucci, presiding over eight of his cases.

Yes, this guy has had eight different cases presided over by the same judge. The real shock is that it seems he’s actually had a heck of a lot more.

The most recent case involves a home invasion that took place on July 2018. Bryant was found guilty of the crime of aggravated burglary, aggravated robbery, kidnapping, and abduction.

Bryant stood before Judge Lucci in a Painesville, Ohio courtroom prior to being sentenced, and then things devolved from there.

“I’ve made a lifetime of bad decisions,” he told the judge at the March 1 hearing, WOIO said. “I respect you, and I respect your decision.”

Well, the decision was a 22 year prison sentence. All that talk of respecting the judge’s decision? Yeah. That went right out the door.

What this dude doesn’t seem to understand is that under the state’s laws, he was actually going to be locked up for thirty years instead of twenty, but because he demonstrated a little remorse, the judge reduced the sentence.

Bryant’s outburst cost him big time. The judge then decided that since the defendant wasn’t as remorseful as he thought, he opted to add some additional time to the sentence.

Guess this Bryant fellow has never heard the saying, “silence is golden.” It would’ve been better for him to not have said anything at all.

Then again, he could’ve avoided this whole thing if he’d never been involved in a criminal lifestyle to begin with.