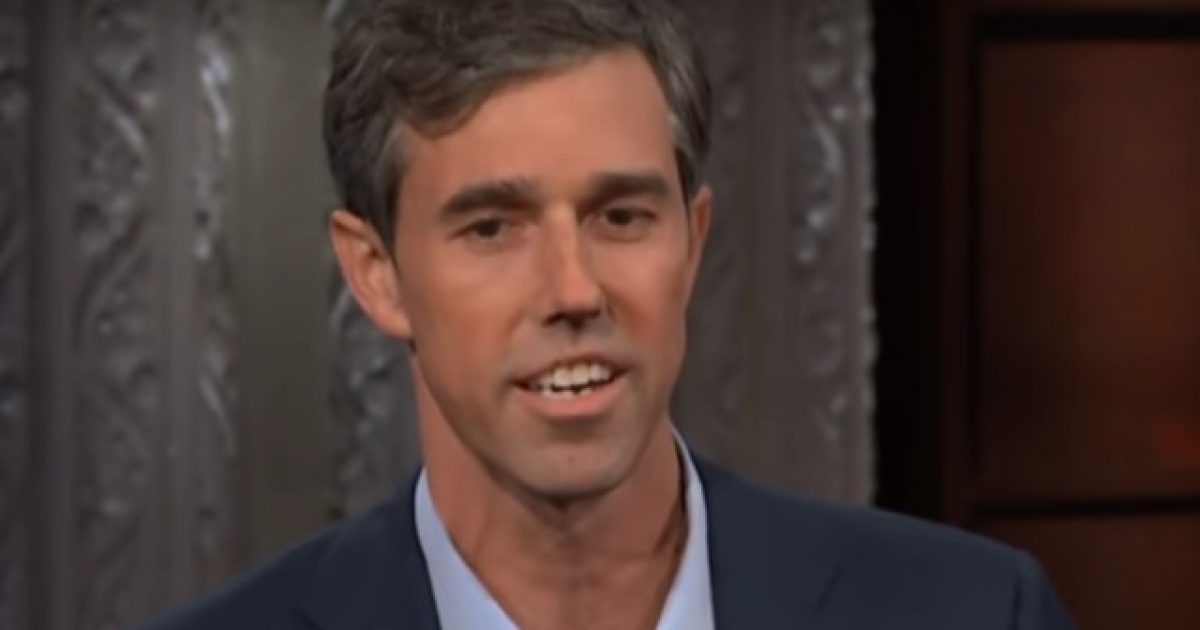 A Penn State University student turned the heat up on Democratic presidential candidate Beto O’Rourke Tuesday during a campaign stop, asking him, “When am I going to get an actual policy from you instead of just platitudes and stories?”

The stop came hot on the heels of The Washington Post drudging up a whole bunch of embarrassing stories from O’Rourke’s past, including a juicy tidbit about him scarfing down a mouthful of dirt after his loss to Sen. Ted Cruz last year.

Oh and then there’s the gem about him putting his kid’s feces in a bowl and trying to convince his wife it was avocado. Classy guy, right? This is the type of candidate Democrats fawn over.

The student grilled O’Rourke on campaign finance issues surrounding his campaign and then asked him when he planned on giving actual details on policy proposals.

O’Rourke responded by noting that he is running on reforming the criminal justice system, legalizing marijuana, and imposing government-run health care.

Last week, Speaker Nancy Pelosi was asked to identify O’Rourke’s “signature accomplishment as a member of the House” and was unable to give a response.

O’Rourke only co-sponsored one bill during his time as a member of the House, which was a piece of legislation that designated “the federal building and U.S. courthouse located at 511 East San Antonio Avenue in El Paso, Texas, as the ‘R.E. Thomason Federal Building and United States Courthouse.”

He’s a real move and shaker, isn’t he?

It’s amazing that this man was able to raise $6 million for his presidential campaign in just 24 hours, without really being clear on where he stands on a lot of important issues.

Then again, Democrats are desperate, willing to do whatever it takes to choose a viable candidate to ensure Trump doesn’t get reelected.

The thing is, they’ve been exposing themselves for who they are truly are as a movement over these last three years, which is no doubt leading to the implosion of their party. It’s highly unlikely they’re going to be able to win against Trump.

Most folks won’t support an openly anti-Semitic group of hyper socialist individuals who want to toss away the electoral college. They’ll discover this for themselves next year.