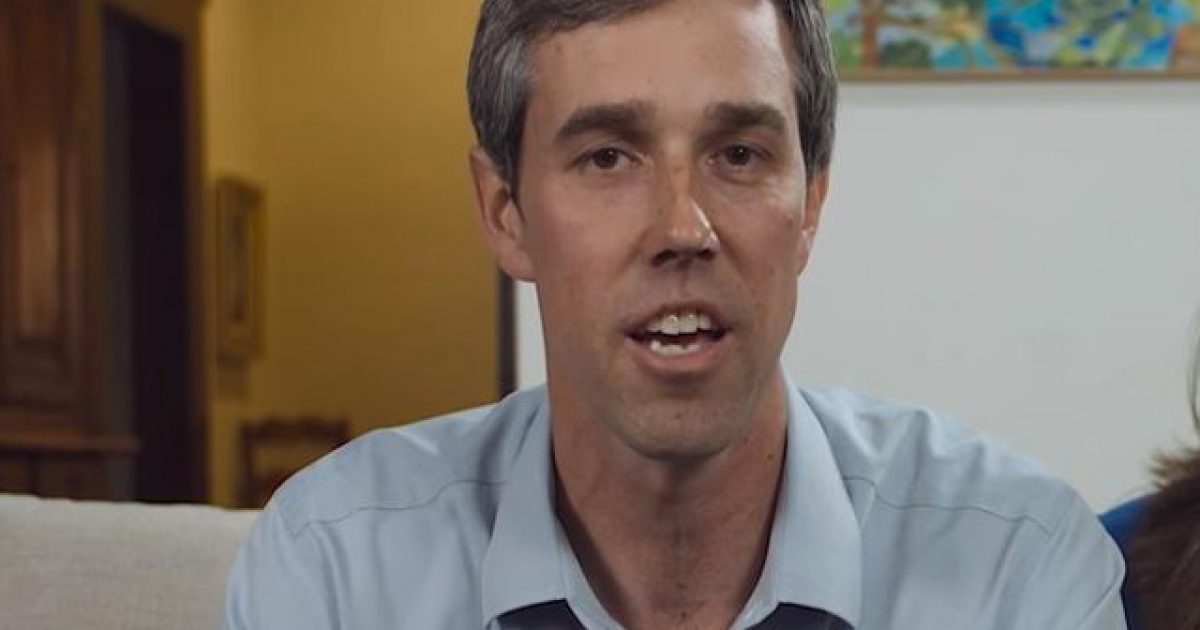 Democrat Beto O’Rourke had his backside beaten with a flat wooden paddle by Sen. Ted Cruz during last year’s senatorial election in the great state of Texas, which led the failed candidate on a “soul searching” road trip that has apparently ended in a decision to run for president.

Beto made the announcement Thursday morning via Twitter, however, likely to his chagrin, not everyone is thrilled by the prospect of his throwing his hat in the ring.

“I am running to serve you as the next president. The challenges we face are the greatest in living memory. No one person can meet them on their own. Only this country can do that, and only if we build a movement that includes all of us. Say you’re in: BetoORourke.com”

I am running to serve you as the next president. The challenges we face are the greatest in living memory. No one person can meet them on their own. Only this country can do that, and only if we build a movement that includes all of us. Say you’re in: https://t.co/EKLdkVET2u pic.twitter.com/lainXyvG2n

O’Rourke has attempted to market himself as a “centrist,” however on several major issues he has taken some pretty far left positions, like his stance on illegal immigration. He opposes the building of Trump’s promised wall, but he actually takes things a step further and has called for dismantling all existing walls.

There was a little rumor floating around the Internet that Joe Biden had planned on tapping O’Rourke to be a potential running mate for him should he decide to run for president. Doesn’t look like that’s going to happen now.

So how do others feel about Beto joining the 2020 presidential race? Some folks are in pure ecstasy over the announcement, others, however, not so much.

This is so white.

This is so white.

I’m born in Texas proud of #Beto. Cannot wait to vote for him. pic.twitter.com/A1ZswkpJay

I feel your emotion through this tweet and I’m 100% with you.

Ted Cruz easily beat you and @realDonaldTrump will crush you. Our economy is thriving, our climate is far cleaner than China or India and improving, GDP is fantastic and we don’t need illegal aliens, child trafficking, Mexican Drug Cartels or socialist agendas in US #BorderWall pic.twitter.com/qrAcjYDYFY

Ok he was a city councilman, a few years in Congress did nothing, name something else he’s done . BETO is typical he married money and needs something to fill his narcissistic life , you relate to that so it’s like talking to a wall .

You are not qualified. There is no Ted Cruz to make this easy for you. This is not prom king contest. Hillary Clinton was Secretary of State, what was your longest job? We don’t like you.

Sadly, it seems that despite the mixed reactions, O’Rourke has a real chance of being the actual nominee. He’s one of the top four candidates, a list that includes Bernie Sanders, Kamala Harris, and Joe Biden (who is top choice as of now).

Guess we’ll find out soon enough if Beto has the right stuff.