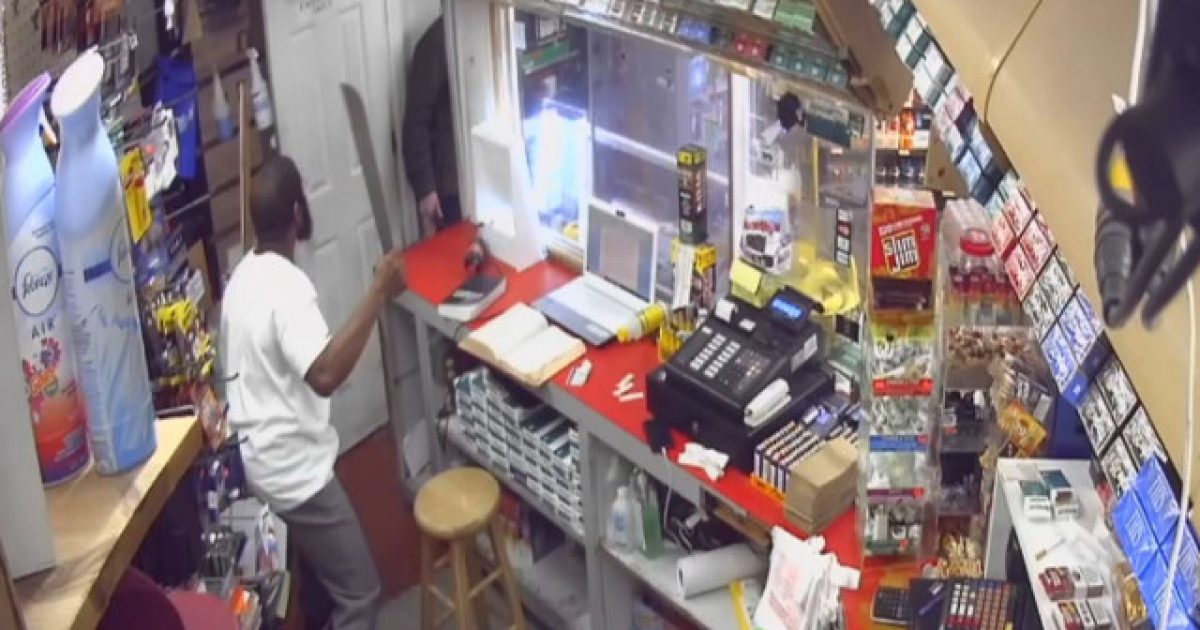 A couple of knife-wielding knuckleheads learned the hard way that you don’t mess with Alabama convenience store clerks, especially ones armed with a machete that looks much like the weapon brandished by “Crocodile Dundee” in the famous film franchise.

However, though the clerk was well armed, it wasn’t going to be easy.

Cops say Seth Holcomb, 32, pulled out a knife and demanded cash from the clerk at a Conoco station around 3:15 a.m. Saturday. According to Newsweek, the unnamed clerk responded by auto-locking the door, calling 911, and grabbing a machete he keeps at the ready.

The two men then engaged in a knife fight behind the counter that spilled over into the store, knocking over shelves. Holcomb was able to smash through the door to escape, but the clerk chased the perpetrator outside.

The clerk then used his machete to smash up the getaway car in an attempt to make it more identifiable to police, Fox News reported. At that point, the clerk was confronted by Holcomb’s alleged accomplice, 33-year-old Laney Nicholson, who pulled out a knife of her own.

While Nicholson distracted the clerk, Holcomb ran back in and grabbed the cash register and fled with the woman. However, they didn’t get very far. Local law enforcement officers nabbed the pair two and a half miles down the road.

Reports have indicated that Holcomb and Nicholson have been charged with first-degree robbery and criminal mischief. Holcomb also landed an additional charge of theft of property and Nicholson brought down a charge of assault.

First-degree robbery is considered a Class A felony in Alabama, which comes with a hefty penalty of possible life in prison.

Hope it was all worth it.