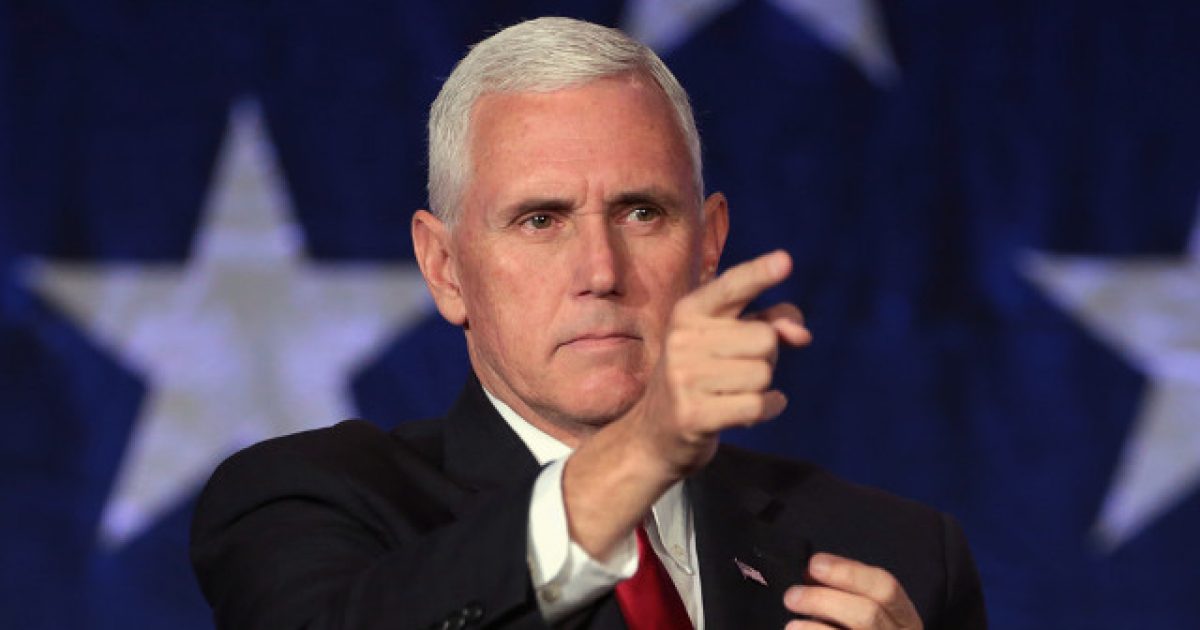 Vice President Mike Pence has been surveying the field of potential Democratic presidential candidates he and President Trump could face off against in 2020, and it doesn’t seem he’s all that impressed.

Neither are the rest of us if we’re being honest.

In fact, Pence said that he likes their chances of pulling off another victory in next year’s election.

“They’ve got an awfully big field on the other side,” Pence said.

Earlier this month Biden made the fatal mistake of calling Vice President Pence a “decent guy” which brought the full weight of Democratic Party wrath down on his head. Biden was chastised by failed gubernatorial candidate and “Sex in the City” actress Cynthia Nixon who called Pence a “homophobe.” After taking a metaphorical beating, Biden apologized for daring to see the good in anyone not pre-approved by the liberal masses.

Here’s why Pence thinks he and Trump have such good chances next year.

“The reality is [the Democratic field] is largely driven by the most extreme liberal elements of their party. The truth of the matter is, you’ve got a party on the other side that is prepared to run on open borders, socialism, abortion on demand, infanticide, Medicare for all and the Green New Deal. I like our chances in 2020,” Pence stated.

We’ll find out next November if Americans feel the same way.