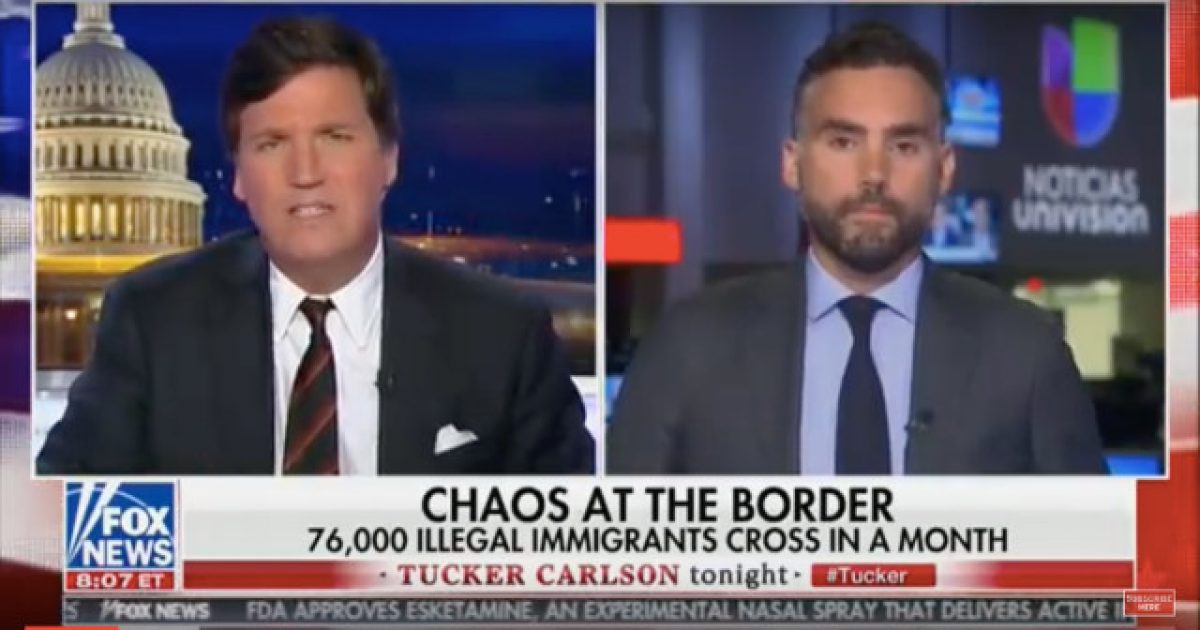 Fox News host Tucker Carlson took Univision reporter Enrique Acevedo to task after he insulted him on his own show by calling him a racist for his views about the southern border.

Yeah, that’s never the best route to take when debating someone on a hot button issue who is probably more well versed in the subject matter than you are.

“That’s where the racist comes in to play, maybe immigrants are coming from Latin America,” Acevedo argued. “Keep conflating with crime and economic hardship every time in your show when we talk about immigration, have your images of dangerous gangs.”

“I’m not trying to use vulgarity on the air,” Carlson said. “It takes a lot of chutzpah, doesn’t it, to come into someone’s country illegally, break their laws and use their social services. That takes guts, doesn’t it? You are doing that to me right now. I’m a racist.”

“It’s been a very generous country for a long time and this kind of abuse makes Americans more cynical and less generous,” Carlson continued. “And so if you want immigration to continue to enrich this country, you have to get into control. Quit calling them racist. It’s tiresome.”

Why does the left think it’s racist to care about protecting your own people and their resources from outsiders who want to leech off of them and take what doesn’t belong to them?

When fellow citizens do this, a huge demand arises for said individual to be tossed in the clink with the key flushed down the toilet. What suddenly changes when the person doing the leeching is an illegal immigrant?

The law needs to be equally applied in order to have a fair society. Our immigration laws exist to protect our people and our way of life. If an individual has no respect for the law of said country, they don’t deserve to have access to it.