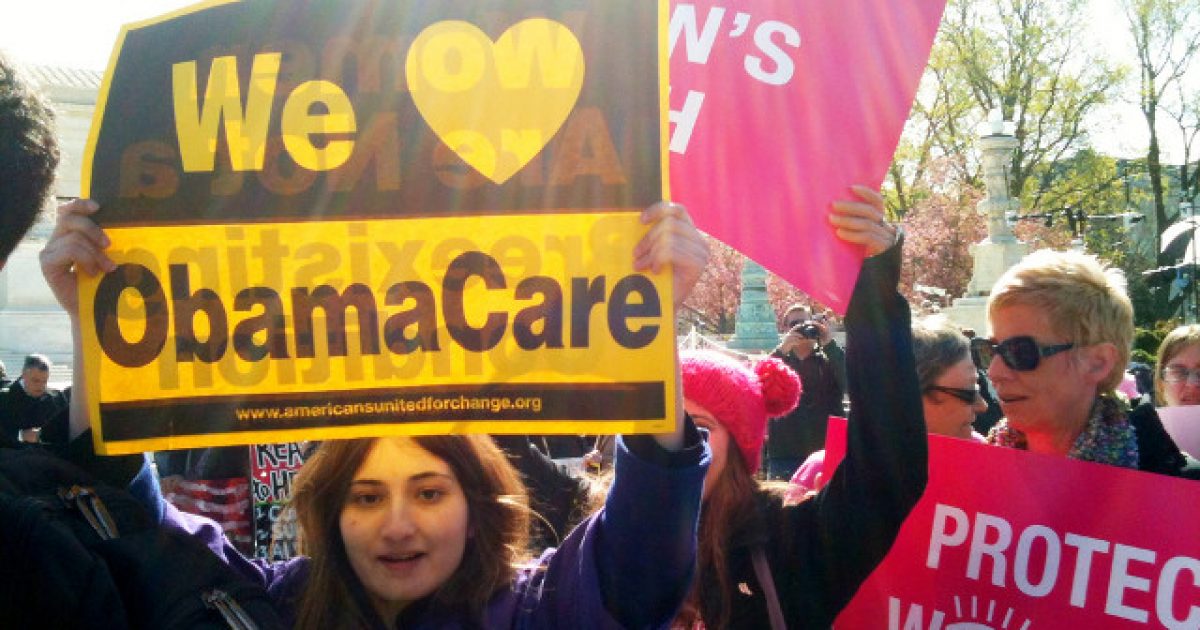 Trump’s Justice Department informed a federal appeals court on Monday that it approved an appeals court decision that stated Obamacare, in its entirety, is unconstitutional.

Back in December, U.S. District Court Judge Reed O’Connor ruled Obamacare’s individual mandate was unconstitutional, which translates to saying the entire structure of the monstrosity is invalid.

This is a good sign, folks. We might be getting rid of this blight on our healthcare system after all. Keep praying!

Writing to Lyle W. Cayce, Clerk of the Court of the Fifth Circuit Court of Appeals, Joseph H. Hunt, Assistant Attorney General, and Brett A. Shumate, Deputy Assistant Attorney General, wrote, “The Department of Justice has determined that the district court’s judgment should be affirmed. Because the United States is not urging that any portion of the district court’s judgment be reversed, the government intends to file a brief on the appellees’ schedule.”

O’Connor wrote in his decision, “Here, the Plaintiffs allege that, following passage of the Tax Cuts and Jobs Act of 2017 (TCJA), the Individual Mandate in the Patient Protection and Affordable Care Act (ACA) is unconstitutional. They say it is no longer fairly readable as an exercise of Congress’s Tax Power and continues to be unsustainable under the Interstate Commerce Clause. They further urge that, if they are correct, the balance of the ACA is untenable as inseverable from the Invalid Mandate.”

At the threshold, the Intervenor Defendants hope to have their cake and eat it too by arguing the Individual Mandate does absolutely nothing but regulates interstate commerce. That is, they first say the Individual Mandate “does not compel anyone to purchase insurance.” Hr’g Tr. at 37:12. Yet they ask the Court to find the provision “regulate[s] Commerce . . . among the several States.” U.S. CONST. art. 1, § 8, cl. 3. The Intervenor Defendants’ theory, then, is that Congress regulates interstate commerce when it regulates nothing at all. But to “regulate” is “to govern or direct according to rule” and to “bring under the control of law or constituted authority.”

For the reasons stated above, the Court grants Plaintiffs partial summary judgment and declares the Individual Mandate, 26 U.S.C. § 5000A(a), UNCONSTITUTIONAL. Further, the Court declares the remaining provisions of the ACA, Pub. L. 111-148, are INSEVERABLE and therefore INVALID.

As you might imagine, liberals are not at all happy to hear the biggest accomplishment of the Obama era might be crumpled up and tossed in the trash, but it’s a pretty safe bet to say that the average American citizen who ended up getting railroaded by this garbage is more than thrilled to see this get junked.

People lost healthcare coverage over this bill. The price of insurance and medical treatment skyrocketed. That alone made the “Affordable Care Act” a complete failure. How is care affordable if the price for care grows more expensive?

At the end of the day, the only real way to help improve our healthcare system is through the free market. We need to open up state lines and force insurance companies to compete with one another, driving down the cost of their products.

We need to increase the incentives for doctors and other medical professionals so that more folks will seek out these kind of careers, once again increasing competition and driving down the cost of care.

These are just a couple of things that can be done. There’s much, much more that needs to be improved. But it all starts with getting rid of Obamacare.