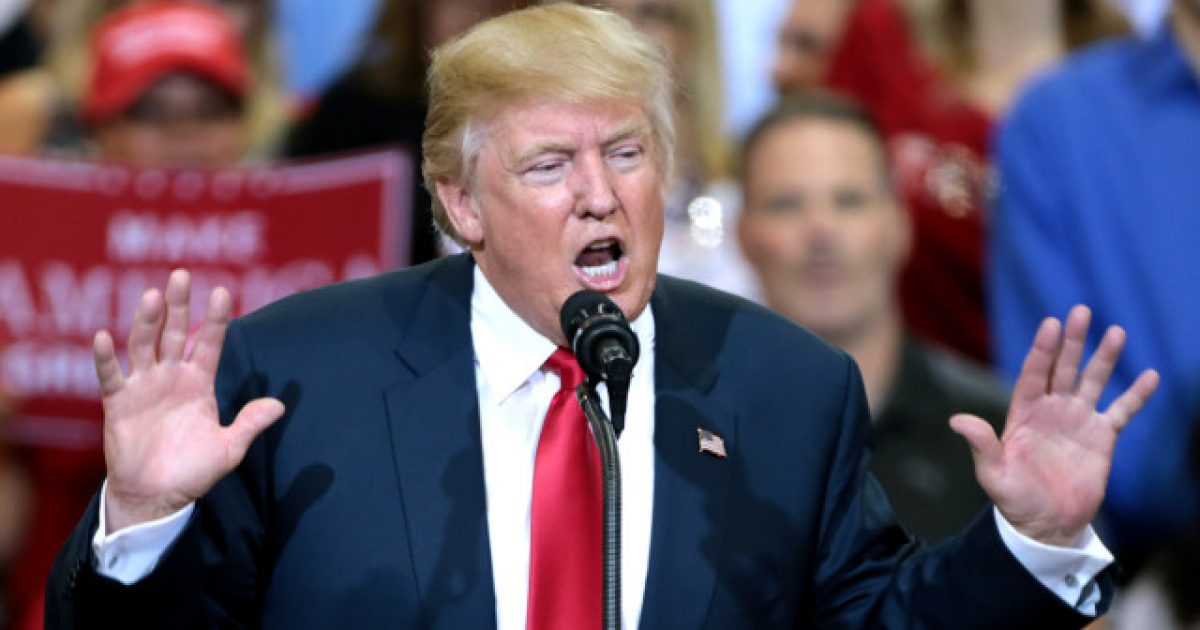 President Trump is not a man who will sit idly by and take criticism without answering those who judge his performance, even if those individuals were his biggest cheerleaders once upon a time.

This is a lesson conservative commentator Ann Coulter learned after Trump scorched her pretty badly on Twitter.

Wacky Nut Job @AnnCoulter, who still hasn’t figured out that, despite all odds and an entire Democrat Party of Far Left Radicals against me (not to mention certain Republicans who are sadly unwilling to fight), I am winning on the Border. Major sections of Wall are being built…

….and renovated, with MUCH MORE to follow shortly. Tens of thousands of illegals are being apprehended (captured) at the Border and NOT allowed into our Country. With another President, millions would be pouring in. I am stopping an invasion as the Wall gets built. #MAGA

Coulter was previously a champion of the president, even writing a book prior to his election titled, “In Trump We Trust.” However, her position on Trump has soured over the course of his first two years in office due to his failure to keep his signature promise, which was the construction of a wall along the southern border of the United States.

On Friday, Coulter tweeted: “Proposed topic for next week’s column: Does Trump Want to Stop the Invasion?” This might have been the reason for the president’s tweet against Coulter.

Proposed topic for next week’s column: Does Trump Want to Stop the Invasion? https://t.co/QgyYC1eOfF

On Sunday, Reuters reported that Trump is allegedly planning to ask “for an additional $8.6 billion” in his 2020 budget for further border barrier construction.

Because the House of Representatives is under Democratic control, the possibility of passing such a budget is essentially zero. The president’s reported request could drive another budget showdown later this year.

People are understandably becoming more and more frustrated with delays in getting this wall built, something that largely falls on the shoulders of liberals in Congress, but nonetheless, Trump still needs to be working hard to solve this issue and secure the border.

The last shutdown caused a lot of problems and inconveniences for folks, so it’s not hard to grasp why people want to avoid a second one later in the year.

The bottom line is, it’s perfectly fine for Coulter to be critical of the president’s performance. It’s okay for the president to respond in return.

However, name calling, which is a juvenile practice at best, doesn’t help anything. We’re all supposed to be on the same side. Let’s hope these two learn how to come to an agreement with each other and work toward moving our country and culture back in the right direction.