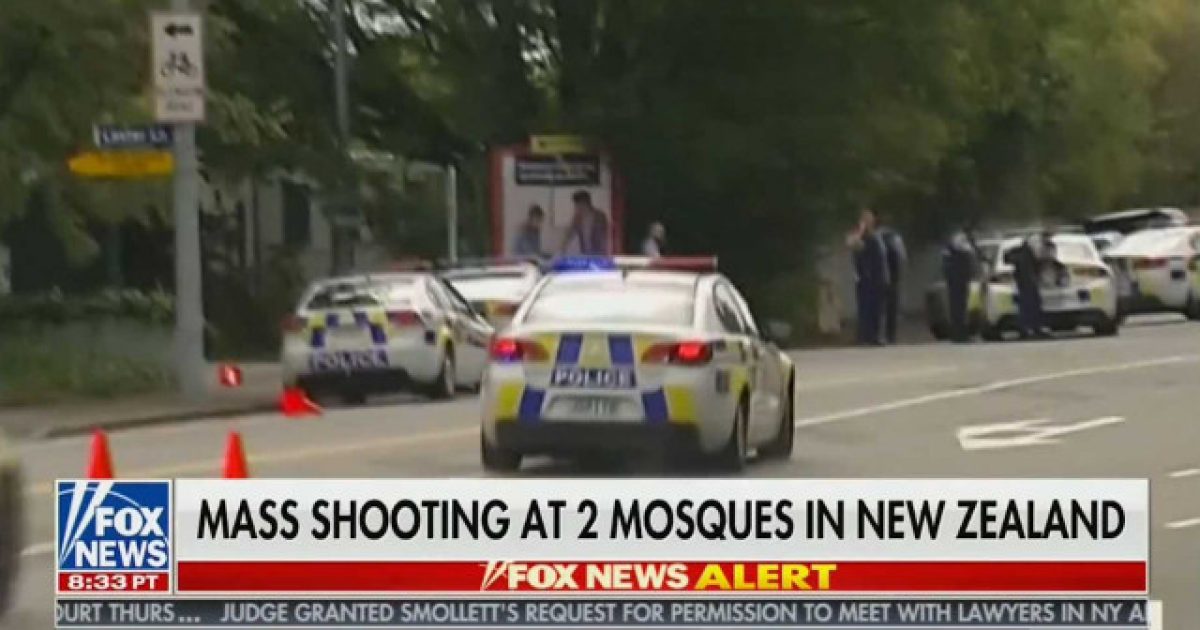 As is typically the case with these sick and twist pieces of human excrement, the shooter posted a 74-page manifesto where he called Muslims “invaders” prior to the incident. And if that wasn’t disturbing enough, he live-streamed the shooting from a GoPro camera.

Friday morning, President Trump took to Twitter to issue a response about the shooting saying, “My warmest sympathy and best wishes goes out to the people of New Zealand after the horrible massacre in the Mosques,” he tweeted. “49 innocent people have so senselessly died, with so many more seriously injured. The U.S. stands by New Zealand for anything we can do. God bless all!”

My warmest sympathy and best wishes goes out to the people of New Zealand after the horrible massacre in the Mosques. 49 innocent people have so senselessly died, with so many more seriously injured. The U.S. stands by New Zealand for anything we can do. God bless all!

As you might imagine, many folks on the left are not satisfied with the president’s remarks, either pointing the finger at him and blaming him for the incident — yes, apparently now things happening on the global stage are his fault too — or demanding he denounce white supremacy.

the president shutting his islamophobic mouth and crawling back under whatever flat rock in Queens he slithered out from and never being heard from again is about the best thing that he can do for his own country, New Zealand and the entire world right now

And just yesterday, our idiot in chief president encouraged his white nationalist followers to commit acts of violence on Democrats.
Any official statement of condolences from Trump today on this tragedy cannot be believed.

Best Wishes? How about denouncing violence, like the violence you threatened yesterday.

When you actually work your way through the mess of this tweet directly above, it’s really not as incoherent as it seems. And come on, look at the class just oozing out of that response. Mom must be proud.

Your words are meaningless. You are a symptom of the hate and racism permeating the world.

At the end of the day, no matter what Trump does or doesn’t do, it will never be enough for those who have already dedicated themselves to hating the man. The energy and vigor these individuals expend in tossing their venom at him and conservatives in general is mind-blowing.

It’s almost as if these folks enjoy situations like this shooting because it gives them fresh ammunition to launch at the president and other conservatives. One hopes that such a thing isn’t true, but when you look at the enthusiastic responses to his tweet, it certainly seems like this is true.