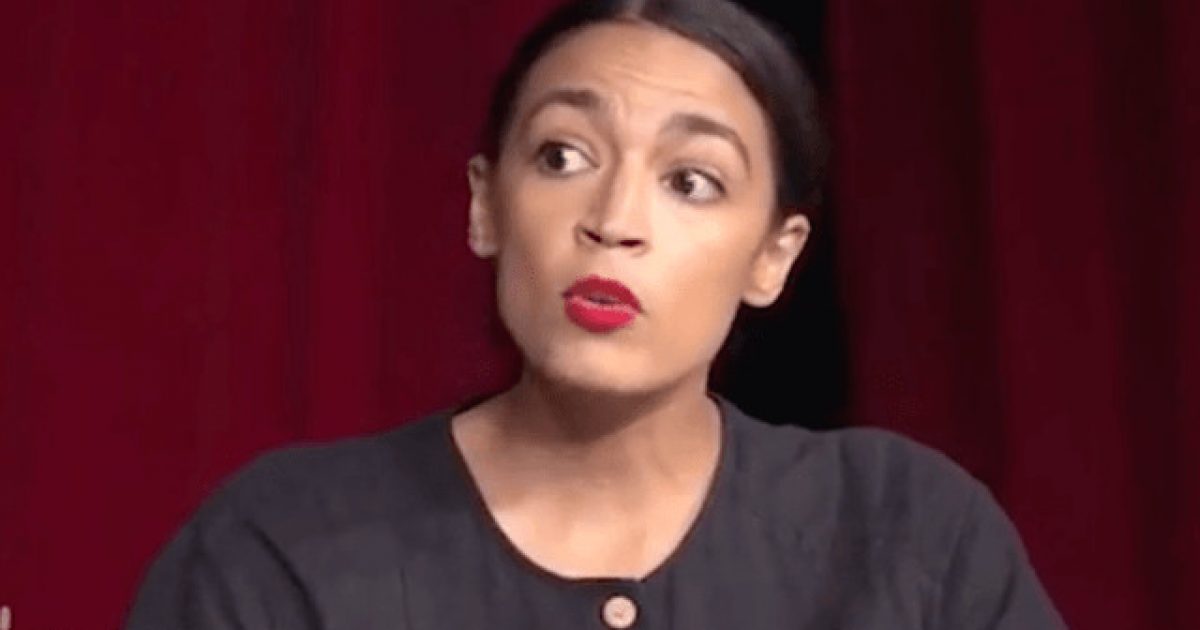 President Trump, the destroyer of worlds as far as liberals are concerned, recently set his laser beams of death on Democratic socialist Rep. Alexandria Ocasio-Cortez’s Green New Deal and much like a snap of Thanos’ gauntlet covered fingers, turn it into a pile of ashes blowing in the wind.

Trump put this plan in the grave during an interview on “Hannity” Wednesday night.

Hannity asked the president what he thought of the Green New Deal and about all the new presidential candidates that have commented on it.

“Well, I don’t want to speak badly about the New Green Deal, Sean, because, frankly, I’m afraid they will stop using it, because I really do want to campaign against it,” Trump said. “It’s ridiculous, all right, it’s crazy. It will cost $100 trillion. Nobody knows what that means.”

“That means it’s more money than you have in the world,” Trump continued. “And it will be catastrophic. It’s not going to happen. It’s just talk.”

“The New Green Deal is ridiculous, but I don’t want to speak badly because I want them to keep going forward with it. I really look forward to campaigning, just a little bit early, just like Elizabeth Warren,” Trump added. “I hit her too hard, too early, and now it looks like she’s finished. I wish she would have been in the race and frankly, I would have loved to have run against her but I would say she’s probably finished.”

“But they have plenty left,” Trump concluded. “New Green Deal is going nowhere.”

President Trump proves once again that he’s one smart cookie and actually knows exactly what he’s doing. Between the Green New Deal, the anti-Semitism, and now the conclusions of the Russia probe revealing the Democratic Party’s cheap, childish obsession with revenge, the left has practically handed the president his second term next year.

Democrats are hemorrhaging all over the place, which could mean a huge shift is coming on the horizon. We could be making a big move back to the right as a culture, much to the chagrin of progressives.

After all, there’s not going to be any reasonable politician on either side who will come out in favor of the Green New Deal, especially since it would require an astronomical hike in taxes in order to supply the $93 trillion needed to fund it.

Things are looking good for the president right about now.

Trump blasts AOC: "I don't want to speak badly about the New Green Deal because I’m afraid they will stop using it, I really do want to campaign against it. It's ridiculous…it's crazy. It will cost $100T"