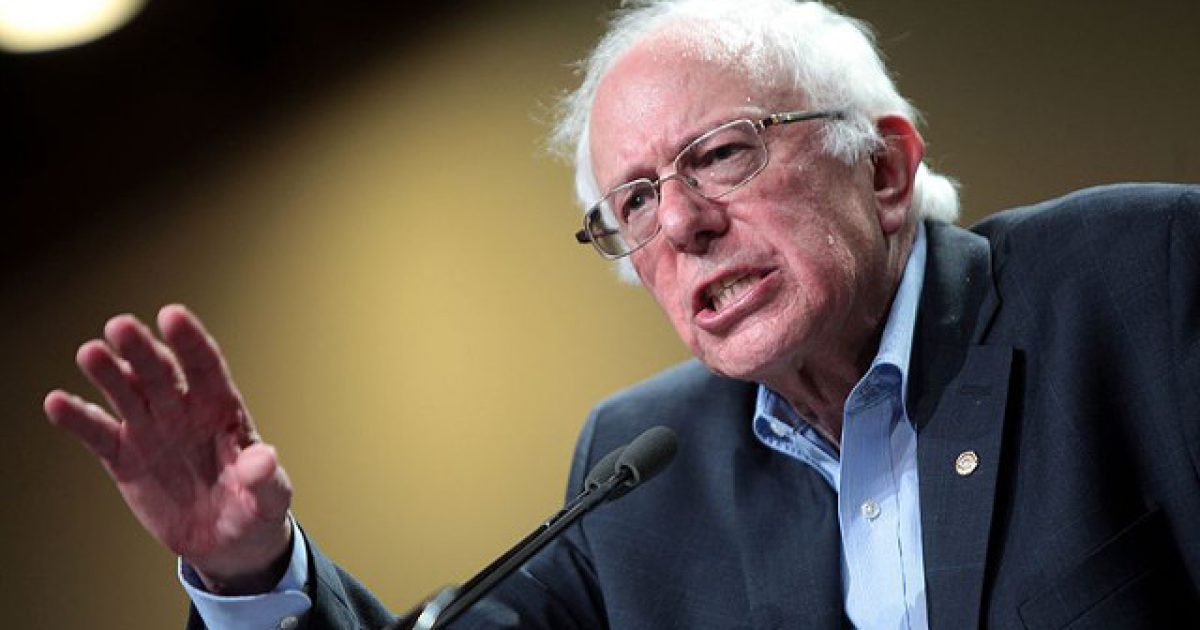 As our nation continues to discuss the sudden upsurge in anti-Semitism pouring out of Congress and other parts of the country, a spokeswoman who works for Sen. Bernie Sanders, one of America’s favorite crazy-eyed socialists, was forced to issue an “apology” after using a really horrific anti-Semitic smear on social media.

Belen Sisa — who is an illegal immigrant working on Sanders’ 2020 presidential campaign as national deputy press secretary — took to Facebook where she posted a statement wondering if the “American-Jewish community has a dual allegiance to the state of Israel.”

This same accusation was recently stated, several times we might add, by Rep. Ilhan Omar, a woman who has become notorious for making anti-Semitic accusations and statements, thus showcasing that such a thought is nothing new from the left.

The question was posted by Sisa during a Facebook discussion where she also stated she supports Omar. Gee, guess anti-Semites like to congregate in groups. Must be pack animals.

A Jew from Sisa’s home state of Arizona pointed out the history of the “dual allegiance” slur in the Facebook thread — from the hangings of Jews in ancient Persia to the 1492 purge of Jews in Spain to Nazi Germany.

Sisa’s response: “This is a serious question: do you not think that the American government and American Jewish community has a dual allegiance to the state of Israel? I’m asking not to rule out the history of this issue, but in the context in which this was said by Ilhan.”

Sisa has gone on to say that she now sees how “insensitive” the remark was. How nice of her to admit it was “insensitive.” How about plain, outright hateful? Yeah, that seems to be a better description for it.

Here’s a brief statement from Sisa:

“In a conversation on Facebook, I used some language that I see now was insensitive. Issues of allegiance and loyalty to one’s country come with painful history. At a time when so many communities in our country feel under attack by the president and his allies, I absolutely recognize that we need to address these issues with greater care and sensitivity to their historical resonance, and I’m committed to doing that in the future.”

While the media is reporting this comment as an apology, it’s more of an equivocation. She never actually says she’s sorry anywhere in the comment.

After attention got called to the comment and it was deleted in the Facebook discussion, Sisa attempted to turn the chat to an issue more near and dear to her heart: immigration.

Folks, the left is revealing themselves bit by bit, showing that they are the ones who have issues with racism, not the right. It’s about time their true colors show. Hopefully this will convince the average American voter to jump ship and vote Trump in 2020.