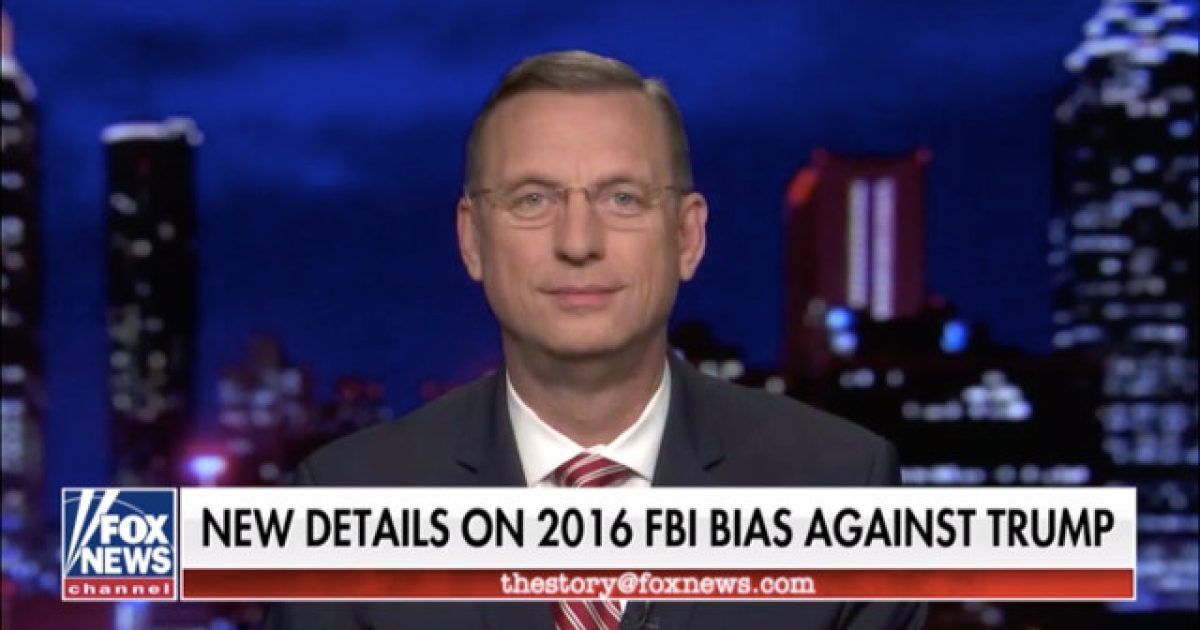 Ranking member of the House Doug Collins is on a mission to make sure that the general public knows exactly what’s going down with Special Counsel Robert Mueller’s Russia investigation, unilaterally publishing hundreds of documents from interviews with former FBI officials Peter Strzok and Lisa Page.

Much of the material is concerning the infamous “insurance policy” — a reference to the Russia investigation — against Trump.

Earlier this month, Collins released the transcript of an interview with Justice Department official Bruce Ohr, who provided information to the FBI regarding Trump and his 2016 presidential campaign’s alleged ties to Russia. Ohr’s wife, Nellie, works for the firm Fusion GPS, which commissioned the infamous anti-Trump dossier.

“There is no classified information here … and I’m not editorializing these transcripts,” he said. “We’re just putting them out there as is, so that [the American people] can look at questions, how they were asked and answered, and how this developed the narrative.”

The committee saw a number of high-profile Justice Department and FBI officials behind closed doors during the last Congress, receiving testimony from officials like Nellie Ohr, Deputy Attorney General Rod Rosenstein and former FBI counsel James Baker, among others.

A lot of folks on the left aren’t exactly thrilled these documents are being released, but since when has being transparent — when it comes to government — ever been a bad thing?

The American people deserve to know what’s going on behind closed doors and what the Democrats are really up to in their quest to oust Trump from the Oval Office.

Since this investigation into the Trump administration is being funded by our tax dollars, it only seems fair we’d be able to see some of the conversations being had over this topic so we can hold those in charge of this mess accountable for the whole thing.

Let’s hope all of this comes to a swift close in the near future and put away for good.