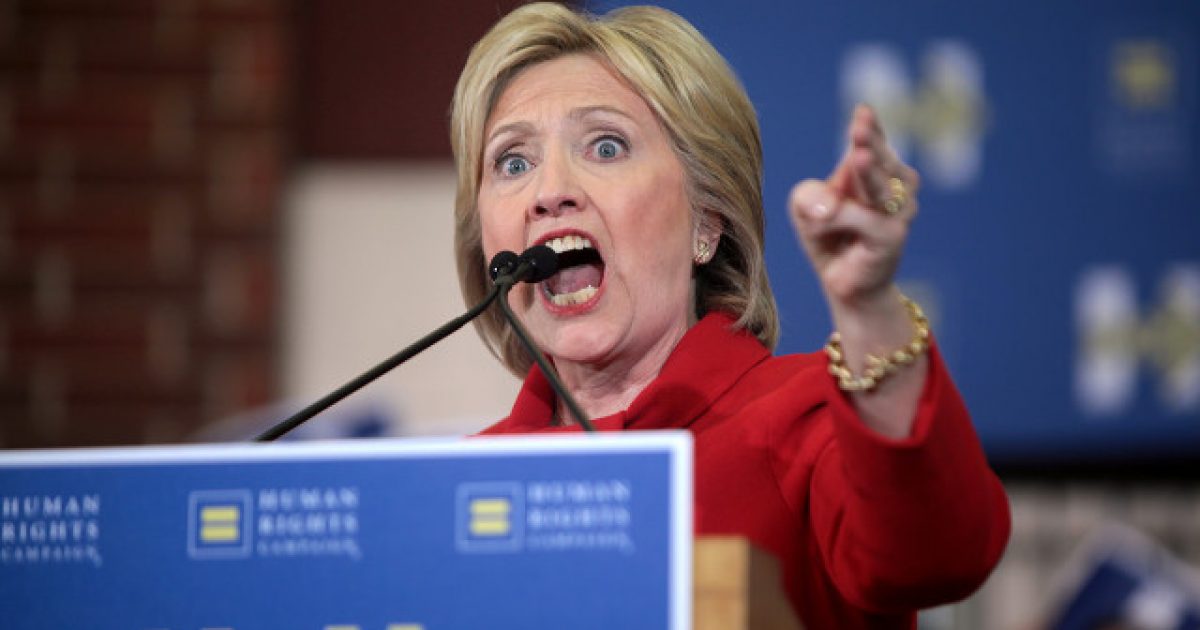 Judicial Watch, a conservative watchdog group has, four long years after filing a Freedom of Information Act lawsuit to obtain all of the emails sent and received by former Democratic presidential nominee Hillary Clinton, received the final batch she tried to destroy, and yes, they contain even more classified materials.

Hillary Clinton was busted — though she’s not been held accountable for her actions — for using a private email server to conduct business as Secretary of State, sending classified materials back and forth to her staff and even her daughter.

When is this woman going to face some sort of penalty for breaking federal law? Are not the laws of this country supposed to be for everyone across the board? Isn’t that what “equality” before the law means?

“Hillary Clinton repeatedly stated that the 55,000 pages of documents she turned over to the State Department in December 2014 included all of her work-related emails,” Judicial Watch explained in its announcement of the release of the final batch of emails. “In response to a court order in another Judicial Watch case, she declared under penalty of perjury in 2015 that she had ‘directed that all my emails on clintonemail.com in my custody that were or are potentially federal records be provided to the Department of State, and on information and belief, this has been done.’ In 2017, the FBI uncovered 72,000 pages of documents Clinton attempted to delete or did not otherwise disclose.”

The FBI was only able to recover less than a fifth, which is around 5,000 of the 33,000 emails Clinton tried to destroy. Think about that for a second. Who knows what kind of information those messages likely contained and whether any of it was intercepted or not.

Here’s a summary of what the messages contained:

A classified email exchange between Blair and Clinton took place from January 16, 2009 (while George W. Bush was still president) and January 24, 2009. The subject line is “Re: Gaza.” Blair on January 16, 2009, relayed information he learned from Middle East leaders and noted that he wanted to get something “resolved before Tuesday” (when Obama would be sworn in as president). Clinton responded to Blair on January 19, 2009, writing “Tony – We are finally moving and I am looking forward to talking w you as soon as I’m confirmed, tomorrow or Wednesday at the latest. Your emails are very helpful so pls continue to use this address,” [email protected] Blair followed up by saying “It would be great if we could talk before any announcements are made.”

Retired Army Gen. Jack Keane sent Clinton classified information, apparently during early 2009. The subject line of the email is redacted, but the text appears to show a discussion on information about Iraq.

In September 2, 2010, email exchange marked classified, longtime Clinton confidante Lanny Davis tells Secretary Clinton that he could serve as a private channel for her to Israeli Prime Minister Benjamin Netanyahu, saying he had a “private and highly trusted communication line, unofficial and personal, to PM N[etanyahu].” Davis goes on to say “[N]o one on the planet (other than your wonderful husband) can get this done as well as you.…” Secretary Clinton responds with classified information, saying “I will reach out to you directly and hope you will continue to do the same w me. The most important issue now is [Redacted B1].”

One of the other messages also indicated a confirmation of a meeting with a wealthy pro-Putin billionaire from Georgia — the country, not the state — Bidzina Ivanishivil.

You can read the full Judicial Watch release here. It’s definitely worth a look if you have the time.

This is yet more confirmation of the lawlessness of Hillary Clinton and demonstrates just how superior she believes she is to the rest of us, as if the laws of this country somehow don’t apply to her.

Unfortunately, the government is backing up this attitude by not holding her accountable for her actions. There needs to be some consequences for breaking the law. If any other citizen did something like this, they’d be tossed in prison and the key flushed down the toilet.

Let’s hope something comes out of all these revelation.