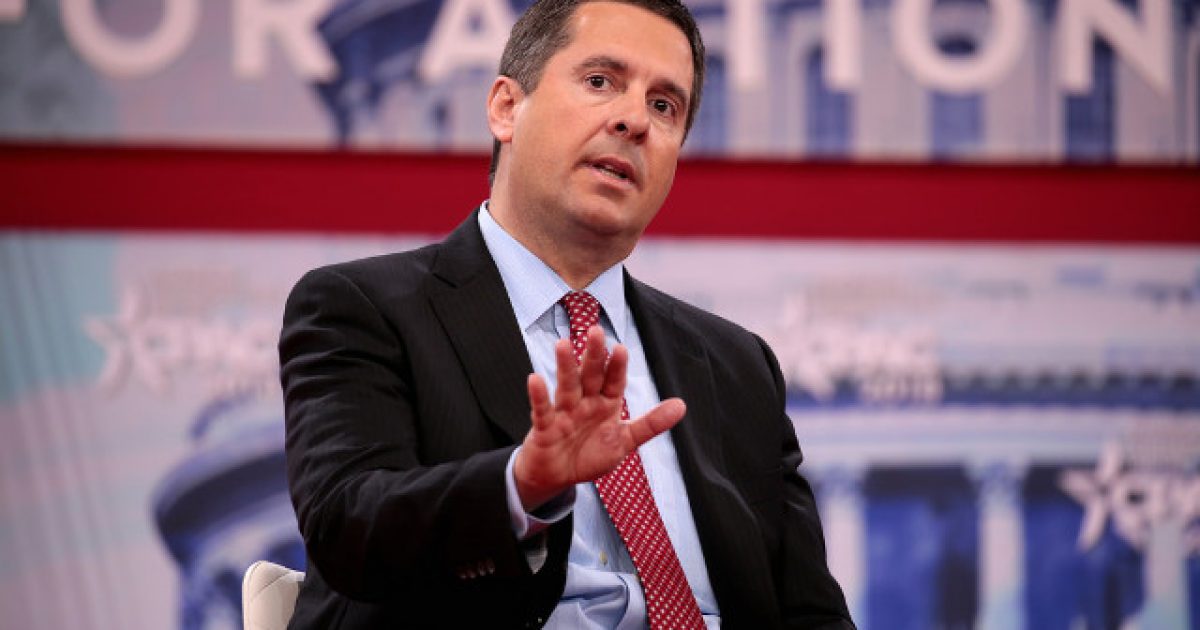 We all know that the mainstream media these days is nothing more than a corrupt propaganda arm for the progressive movement, opting to push an agenda down the throats of the American people rather than doing their job to objectively report facts and allowing folks to make up their own minds on the issues of the day.

A good example of just how far off the reservation these people have become is the fact that the New York Times just received an award for publishing a false story about House Intelligence Committee Chairman Rep. Devin Nunes, simply because he’s an ally of President Trump.

This is the very definition of shameful.

Syracuse University awarded Jason Zengerle the 2019 Toner Prize for Excellence in Political Reporting for a story the school described as a detailing of “how Rep. Devin Nunes, R-Calif., used his chairmanship of the House Intelligence Committee to help gather support for Trump against his enemies.” The Toner Prize is named after Robin Toner, a Syracuse graduate who was the first female national political correspondent for the Times. The irony of this award going to a man should not be ignored.

But Zengerle’s piece was systematically destroyed last April by the Federalist’s Mollie Hemingway, who did actual journalism by talking to the people who should have been interviewed by Zengerle and reported the facts that the Times reporter ignored.

For example, Zengerle wrote that Nunes’ predecessor on the House Permanent Select Committee on Intelligence, former Rep. Mike Rogers (R-MI), had accepted the Obama administration’s claims that al Qaeda was not that strong and that Osama bin Laden was an isolated figure. Zengerle claimed Nunes didn’t believe Rogers and set out on a wild goose chase to prove otherwise and “came back to Washington empty-handed.”

What Zengerle wrote is simply not true. Nunes discovered evidence that backed his belief that the Obama administration was wrong to claim that al Qaeda was weak. Hemingway actually includes a list of reporters and officials in his piece who wrote about the documents Nunes uncovered that proved Obama and his officials were wrong.

And that’s just the tip of the iceberg. There’s actually more falsehoods found in Zengerle’s piece, all which Hemingway fact checked.

So apparently, if you’re a lefty journalist, you can get awarded for a complete and total lack of journalistic integrity, so long as the fabrications you come up with are targeted toward a member of the opposition, preferably someone close to the president.

This is what our “free press” has become in the modern era. Again, it’s nothing more than a propaganda wing for the Democratic Party.

Stuff like this is why alternative media sources have become more critical than ever, and why it’s crucial we fight for our right to be heard on social media and other platforms.