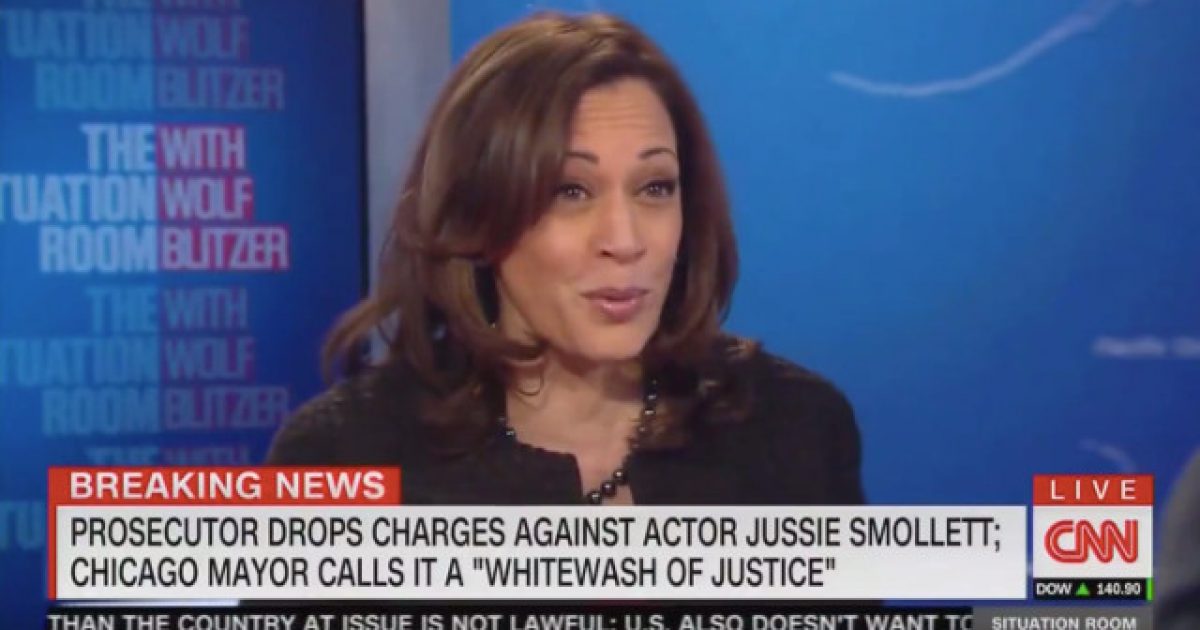 Sen. Kamala Harris, who previously stated that the whole Jussie Smollett “attack” was a “modern-day lynching,” is now suddenly confused how the “Empire” actor got off the hook for the 16 felony charges he faced for fabricating the whole thing.

Harris herself is a former prosecutor, which landed her a spot on CNN host Wolf Blitzer’s program where he asked her about the shocking development in the case.

“You’re a former prosecutor. You understand the law. What do you think about what happened to Jussie Smollett in Chicago?” Blitzer asked.

Blitzer then replied, “If you’re confused, then all of us are confused.”

Interesting answer from Harris, right? Especially when you look at her initial reaction when this whole thing first happened.

.@JussieSmollett is one of the kindest, most gentle human beings I know. I’m praying for his quick recovery.

This was an attempted modern day lynching. No one should have to fear for their life because of their sexuality or color of their skin. We must confront this hate.

Harris seemed pretty sure he was innocent before, so what gives? What changed her mind to make her so unsure? Seems weird, right?

What’s scary about this whole thing is that the prosecutor in the case, despite dropping charges, said he still believes Smollett is guilty.

In other words, he let a guilty man off the hook, which is sure to cause other copycat hate crime hoaxes to pop up all over the place. Smollett needed to be made an example of, to show that making up a bogus attack for political purposes and to help further his own career is something that comes with heavy consequences.

Instead, somehow, he slipped through the cracks and go away with it. It’s a truly disturbing miscarriage of justice.