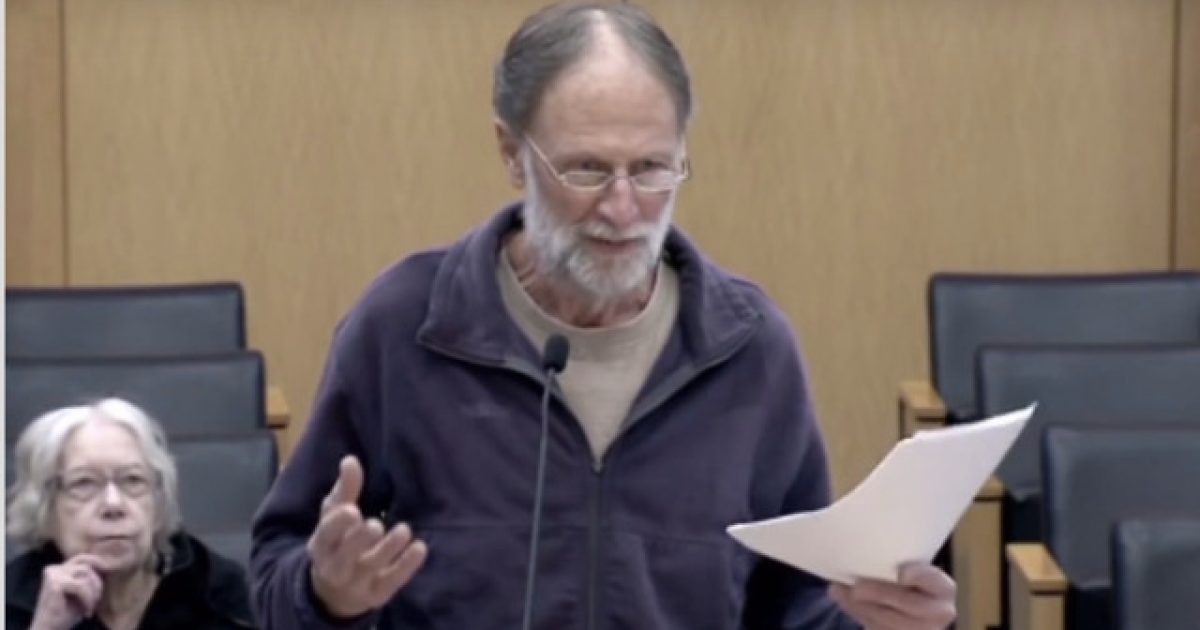 A man let the Seattle City Council have a piece of his mind at a recent meeting when the officials refused to look up at him and acknowledge him during his turn at the microphone.

This is the type of man who will hold his government accountable for their actions. All of us should aspire to be more involved in our local government because that’s where change is produced first. Rather than focus on trickle down, we should focus on trickle up.

“It’s real discouraging to come up here and see all the heads down, it’s like,” he said before presiding Councilmember Debora Juarez interrupted him, KTTH-AM reported.

Councilmember Mike O’Brien looked up from his phone, the station said, noting that councilmembers Kshama Sawant and Lorena Gonzalez swiped and typed on theirs.

The man then asked Juarez if his time could be restarted. She declined his request.

The man responded by saying, “So it was unreasonable for me to ask that people look up and give me their attention?”

The man then folded up his prepared statement, which he says was about the “state of our democracy,” a response that earned a sigh from someone there in person.

Refusing to be silenced, the man then spoke to the council about Democratic U.S. Rep. Pramila Jayapal of Seattle and how much time she received to speak compared to everyone else.

“It reminded me of George Orwell’s famous scene from ‘Animal Farm’ about how all animals are equal, but some animals are more equal than others. And that’s how I feel like I’m being treated now, just because I was kind of asking for your attention, like I noticed you all were very attentive to Ms. Jaypal last week. And I just wanted to ask for your attention before I started, and I immediately got a hostile response back from you. I don’t understand that.”

His answer was greeted with silence. Moving on, the man asked whether or not the council members ever responded to constituents. Juarez reminded him once again of his time limit.

Two councilmembers actually returned to messing around on their phones, while another rested her head on her hand.

“Well, it’s all on tape,” the citizen said, “and I think it’s a pretty sad commentary that you think that asking for you guys to look up off of your computers and give attention during the short period of time was an unreasonable thing. I really feel bad about that.”

It seems the Seattle City Council has a whole lot of issues. Councilmember Sawant, for example, was once an Occupy Seattle organizer and avowed socialist.

Probably a card carrying member of the Alexandria Ocasio-Cortez fan club too.

At the end of the day, these councilmembers are elected officials who are sent to these seats to represent the people of the city and to carry out their will while governing.

This is impossible to do with a bad case of apathy and a technology addiction. If these folks can’t be bothered to pay attention to individuals speaking their minds about important issues that impact their lives, they don’t deserve to be in the positions they hold.