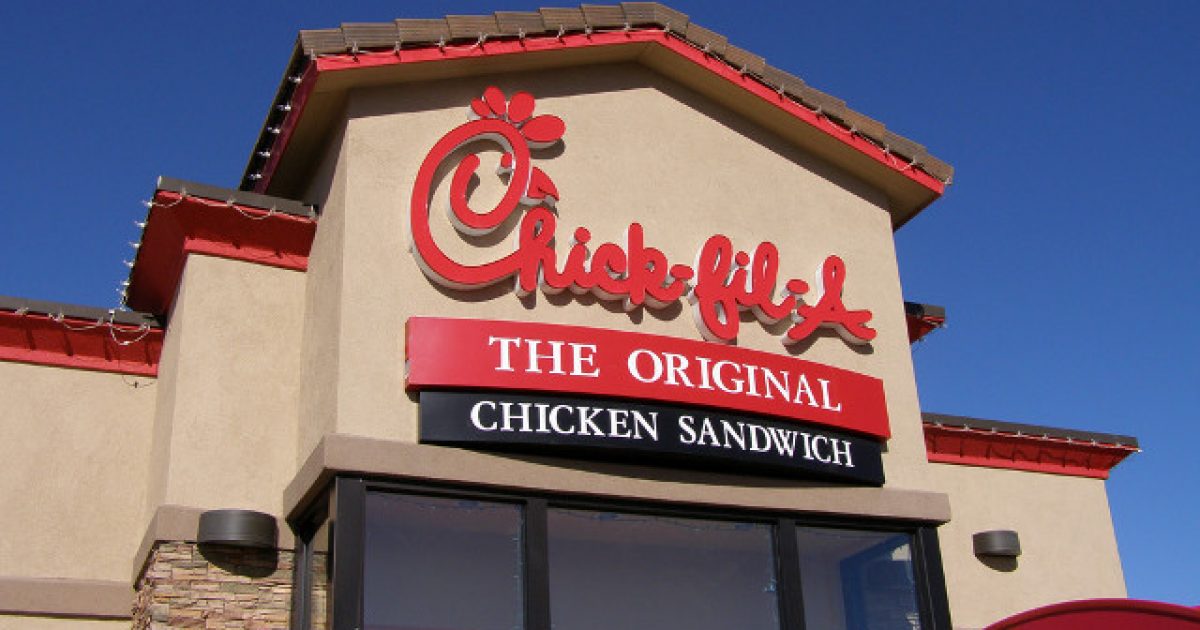 If you don’t believe that we’re living in a culture that is increasingly anti-Christian, look no further than how Chick-fil-A continues to get treated because it’s Christian owners actually believe the Bible, uphold it’s standards, and apply it’s principles to every area of life.

The San Antonio City Council has banned the restaurant from the San Antonio International Airport because of their “anti-LGBTQ behavior.” The move is part of a new concessions plan for the airport.

By “anti-LGBTQ behavior” they mean the fact the company owners believe in traditional marriage as taught by the Bible. You know, one man, one woman. As God intended from the get-go.

District 1 City Councilman Roberto Treviño motioned to approve the Food, Beverage and Retail Prime Concession Agreement with Paradies Lagardère for the airport Thursday on condition Chick-fil-A be excluded from the agreement. Treviño asserted Chick-fil-A has a “legacy of anti-LGBTQ behavior” and that such a business had no place in the city’s airport.

“With this decision, the City Council reaffirmed the work our city has done to become a champion of equality and inclusion. San Antonio is a city full of compassion, and we do not have room in our public facilities for a business with a legacy of anti-LGBTQ behavior,” Treviño said according to ABC.

“Everyone has a place here, and everyone should feel welcome when they walk through our airport. I look forward to the announcement of a suitable replacement by Paradies,” he added.

Treviño’s motion came after a Wednesday ThinkProgress report that asserted Chick-fil-A donated $1.8 million in 2017 to the Salvation Army, Fellowship of Christian Athletes and Paul Anderson Youth Home — charitable Christian ministries that ThinkProgress defined as discriminatory against LGBTQ individuals. Chick-fil-A cut ties with the Paul Anderson Youth Home as of June 2017.

Chick-fil-A noted that the members of the city council never brought their concerns to their attention before the motion, and stated they would’ve liked to have had an opportunity to have a dialogue with them before they made a decision.

What’s really messed up about all of this is that Chick-fil-A does a lot of great stuff for local communities and provides great working environments and opportunities for folks to better their financial situations.

All of that is being ignored simply because the company is run by Bible believing Christians who belief homosexuality is a sin. Which, by the way, it is. Doesn’t matter if that is offensive to the LGBTQ crowd or not. God is the ultimate standard of right and wrong, not mankind. He says it’s sin, it’s sin.

It goes against His original design for humanity. But here’s the thing. Homosexuality is also no worse a sin than adultery. It’s equally as bad. Straight people don’t get a pass in the sex outside of marriage department.

Here’s to hoping these folks open up a dialogue with the good people over at Chick-fil-A and that they’re eventually allowed back in the airport without compromising their values.