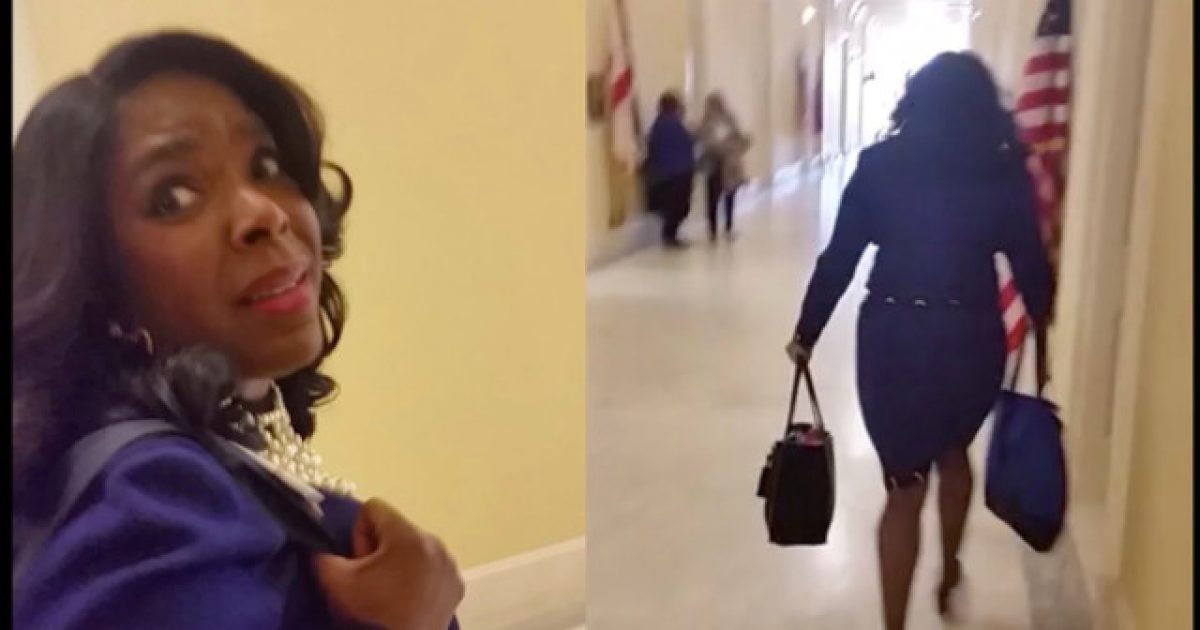 A video was recently obtained by TheBlaze that shows Rep. Terri Sewell literally running away from questions about about Rep. Shiela Jackson Lee firing someone over rape allegations.

When you see this, it’s hard to know whether or not you should shake your head in shame or bust out laughing at how hard Sewell is trying to avoid answering tough questions.

Maybe a bit of both is appropriate.

“Congresswoman, do you believe that Sheila Jackson Lee should be removed from all committee appointments for firing a victim of rape?” he asked.

Sewell walked quickly and ignored the question, even after she is asked a second time.

“Congresswoman do you believe that Sheila Jackson Lee should be removed from all committee appointments for firing a victim of rape?” he asked as she tried to rush away.

He then asked, “Do you believe she should receive any disciplinary actions?”

Sewell replied, “I’m so sorry, I’m trying to get to a hearing!”

In another scene taken from the video, Sewell appears to be in less of a hurry, but she still doesn’t answer any of the questions she’s being asked about Rep. Lee.

Gee, that doesn’t sound fishy or anything, now does it? Strange how much she’s trying to avoid the question. Typical liberal trying to stay away from accountability.

If you want to see the video, visit the source link below.