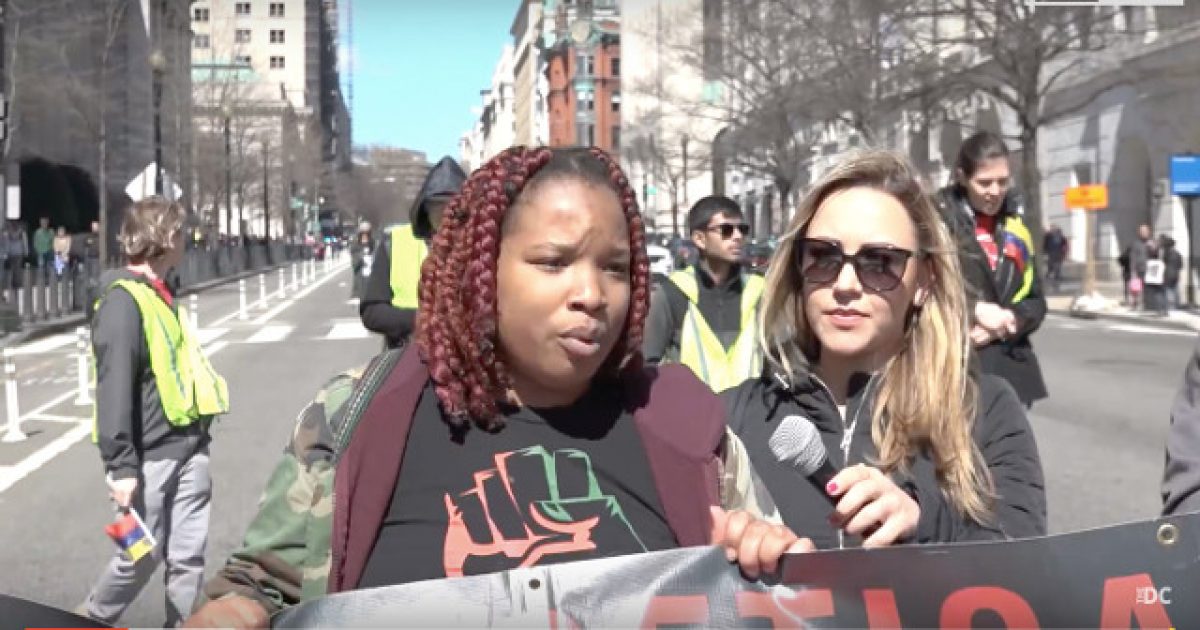 Over the weekend a group of radical left-wing protesters set up shop on Lafayette Square outside the White House to hold demonstrations in support of Venezuela’s socialist dictator Nicolas Maduro.

Here’s the real shock of it all. When they were asked if they would support Maduro over Trump, many actually said they would.

Apparently these folks haven’t seen the chaos that has swept across Venezuela in the form of unbelievably long bread lines, power outages, and oil sputtering out of their taps instead of water.

Yeah. That socialism sure is working out well for those folks.

The Daily Caller’s Stephanie Hamill asked the protesters this one question and here are some of the responses she received:

“Yeah, 100 percent. I mean, I think Maduro was democratically elected.” (This claim is internationally disputed)

“More than likely, yes, of course.”

“If there’s a Nicolás Maduro out here who is going to bring us to revolution, I will support that movement.”

“Nicolás Maduro can come be our president? Oh, any day! Look, all the check marks are there. He’s not white, OK? He’s a minority, OK?”

So were any of these youthful “revolutionaries” actually from Venezuela? Had any of them experienced Maduro’s reign first hand? No. Of course not. Most of the folks attending the event seemed to be rather ticked off about Trump deciding to back Guaido.

Hamill decided to test their level of hypocrisy by asking if any of the protesters in attendance held demonstrations when Obama’s administration worked against Venezuela by implementing economic sanctions, but they conveniently dismissed all of that.

This is why we should all be terrified for the future of this country.