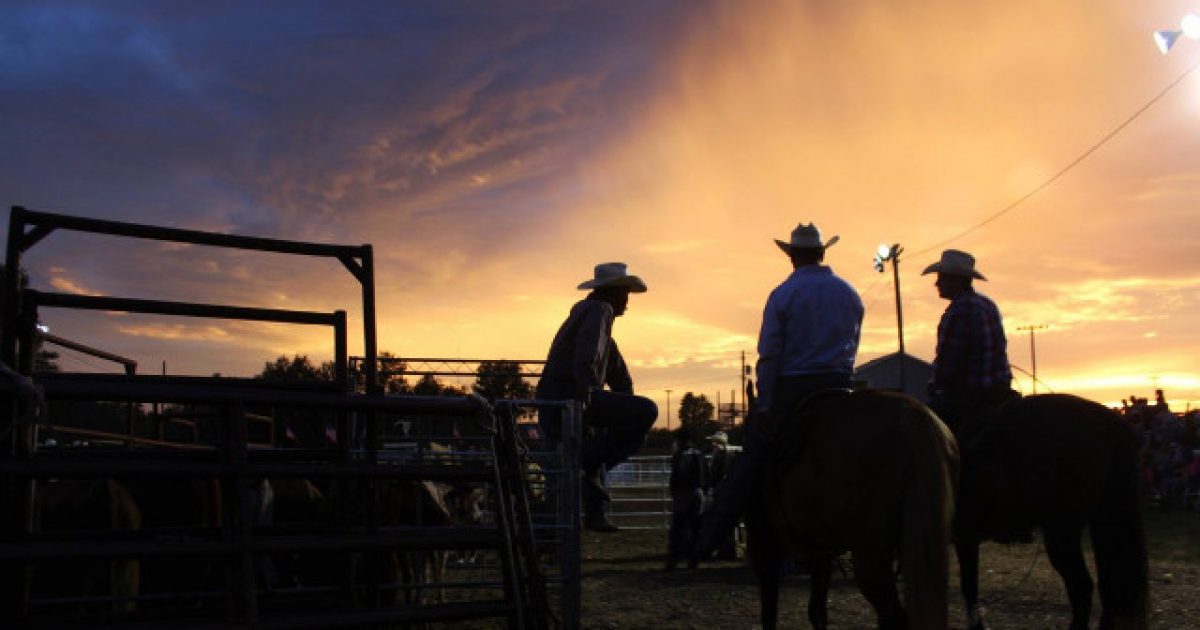 Last summer nearly two dozen professors teaching at the University of Wyoming decided to air out their perpetual outrage by coming out against the school’s slogan, “The world needs more cowboys,” stating that the word “cowboy” contains racist, homophobic, sexist, genocidal undertones.

Rather than backing down, the university’s Board of Trustees actually stood their ground, voting unanimously to keep the slogan. Hard to believe such a thing is possible on a college campus in this day and age.

But that’s not all. It seems this decision has really paid dividends for the school already.

The university bookstore sold out of “the world needs more cowboys” T-shirts the first week they hit the shelves. Responding to demand, the University of Wyoming put the slogan on other products and sold roughly 5,000 items in the first six months. Between July and December 2018, royalties were up $38,000 over the same period in 2017 as the school licensed 143 different products with the tagline to third-party vendors … A campaign ad video had half a million views online—nearly the equivalent of Wyoming’s state population. … Enrollment numbers won’t be in until later this year, but “it’s pretty clear there’s been an increase in interest,” spokesman Chad Baldwin says.

Campus Reform noted that at the time of the professors’ protest, associate professor of kinesiology and health Christine Porter ranted, “I am not the only person for whom the word ‘cowboy’ invokes a white, macho, male, able-bodied, heterosexual, U.S.-born person. The history of cowboys, of course, is much more diverse than that racially, and presumably also for sexual orientation. But the image — what the word ‘cowboy’ means off the top of almost everybody’s head in the U.S. — is the white, heterosexual male.”

Jessie Lea, a UW student and writer for conservative publication “Campus Reform,” made an appearance on “Fox & Friends,” where she said, “I was born and raised in Wyoming … and I’ve never once related the words cowboy with ‘genocide,’ ‘xenophobia,’ or anything like that … The first is that these professors are completely missing the facts and the fact is when they claim that this slogan is sexist and it’s xenophobic, cowboys exist all over the world. But beyond that, my second reaction is they’re completely missing the point. The point of the slogan is to say the world needs more people with the cowboy spirit and that’s the spirit of hard work, determination, self-reliance, and integrity.”

The controversy has ended up bringing even more attention than we expected to “The World Needs More Cowboys,” as evidenced by the fact that the video has been viewed close to 400,000 times on the unpaid web platforms where we placed it—and that’s not counting the people who have watched it on the dozens of media websites around the country that posted it as part of their news coverage. The video and related messages are now going around the state and nation as part of a paid advertising campaign, and we expect very positive results in the form of increased inquiries and enrollment of prospective students—in addition to sales of “The World Needs More Cowboys” merchandise, excitement about the university’s direction and support from private donors and others.

The campaign takes the university’s boldest asset—our iconic bucking-horse-and-rider mark and the Cowboys mascot—and modernizes it to reflect today’s challenges. It redefines what it means to be a Cowboy in this day and age, distilling it down to the inner spirit of curiosity and boldness that all who call themselves Cowboys and Cowgirls can identify with—no matter their race or gender, or whether they’re students, employees, alumni or other supporters. The Cowboy spirit is what UW helps instill in students, giving them the skills and support they need to make the breakthroughs that benefit our state and the world.

This should be a lesson to the outrage culture comprised of the perpetually offended. The rest of the decent, sane folks in this country are getting sick and tired of walking on eggshells for fear of offending your delicate sensibilities.

Political correctness dulls and dumbs down a society, a fact we see happening right before our very eyes. It strips people of the ability to get along with folks who see the world differently from their own point of view. It’s the sort of thing we just shouldn’t stand for anymore.

Here’s to hoping y’all get the picture.