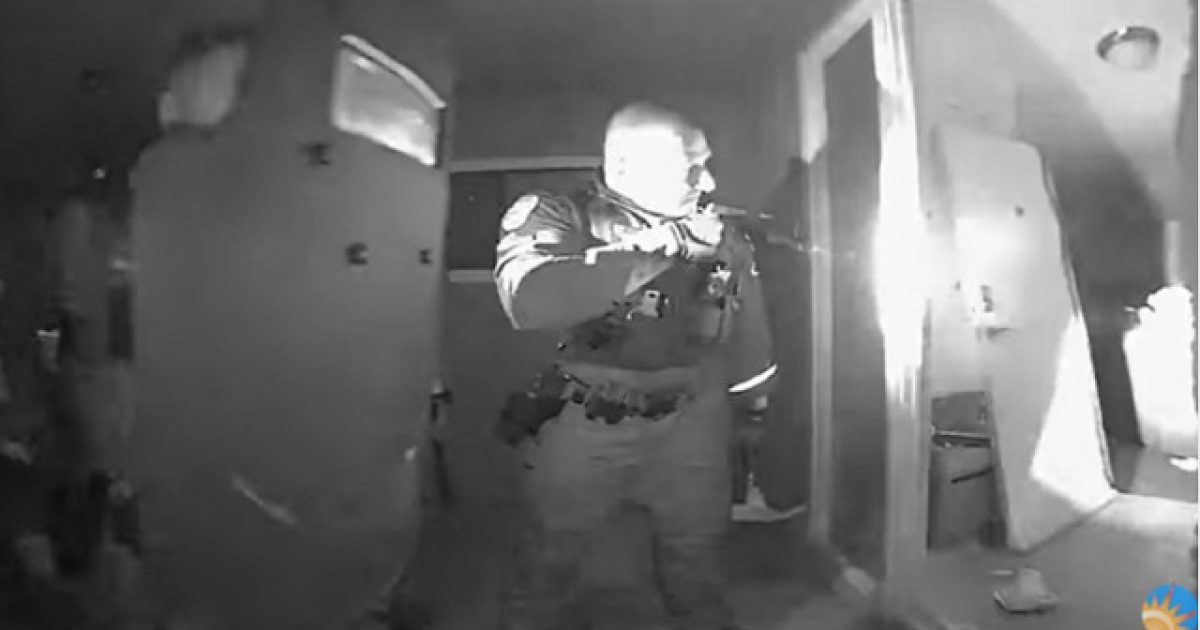 There’s nothing scarier than the thought of the government overstepping it’s boundaries and interfering with how you choose to raise and care for your children, which is precisely what happened to a family in Chandler, Arizona.

The Arizona Department of Child Safety and the Chandler Police Department are catching a lot of flack for an overnight raid where law enforcement busted in a family’s home and took their kids because an unvaccinated toddler had a fever.

Regardless of where you stand on vaccines, this is an egregious use of force.

When a 2-year-old little boy spiked a fever over 100 degrees late last month, his pregnant mother took him to the doctor around dinnertime. The physician — concerned over the fact that the child was unvaccinated and could have meningitis — told the mother to take the child to the emergency room.

The mother initially agreed, but changed her mind after leaving the doctor’s office, because she said the boy began laughing, playing with his siblings, and his temperature dropped to where it was close to normal, the Arizona Republic reported.

Around 6:30 p.m., the mother called the doctor to explain the child was better and therefore she didn’t want to take him to the emergency room. The mother also reportedly expressed fear of getting in trouble with the Department of Child Safety because the child wasn’t vaccinated. The doctor assured the mother she wouldn’t get in any trouble, and the mother once again agreed to take the toddler to the ER.

Three hours passed and the hospital didn’t see the boy, so they called his doctor who called DCS.

Some time around 10:30 p.m., officers arrived at the family’s home and knocked several times. The parents refused to open the door.

The boy’s father told authorities his son’s “fever broke and he was fine.”

The DCS informed the police they were seeking a “temporary custody notice” from a judge so they could take the boy to the hospital and provide him with emergency medical aid. The notice was granted by midnight.

Police entered the home around 1:00 a.m., guns drawn. Surveillance footage captured by the boy’s father has been released showing the incident unfold.

While no one was arrested in the incident, the parents involved will now be forced to take psychological evaluations and complete a “family reunification plan” before returning their children to them.

Legislators and parents’ advocates are furious over the case. State Rep. Kelly Townsend (R) criticized authorities for conducting the raid, telling Fox News, “At that point who now owns control over the child? And it seems like we’ve given that now to the doctor and the parent no longer has the say or they risk the SWAT team taking all of your children and potentially the newborn.”

This is a prime example of extreme government intrusion. Sure, the issue concerning vaccinations is really tricky and has a lot of different components to it, but that doesn’t give the authorities the right to do this to these parents.

It might start with unvaccinated parents, but how long will it be before parents who refuse to give kids hormone therapy to change sexes becomes a similar offense warranting a similar response?

We need to be fighting hard for our freedom to live our lives the way we deem best for our families, even if we disagree with each other on what that looks like.