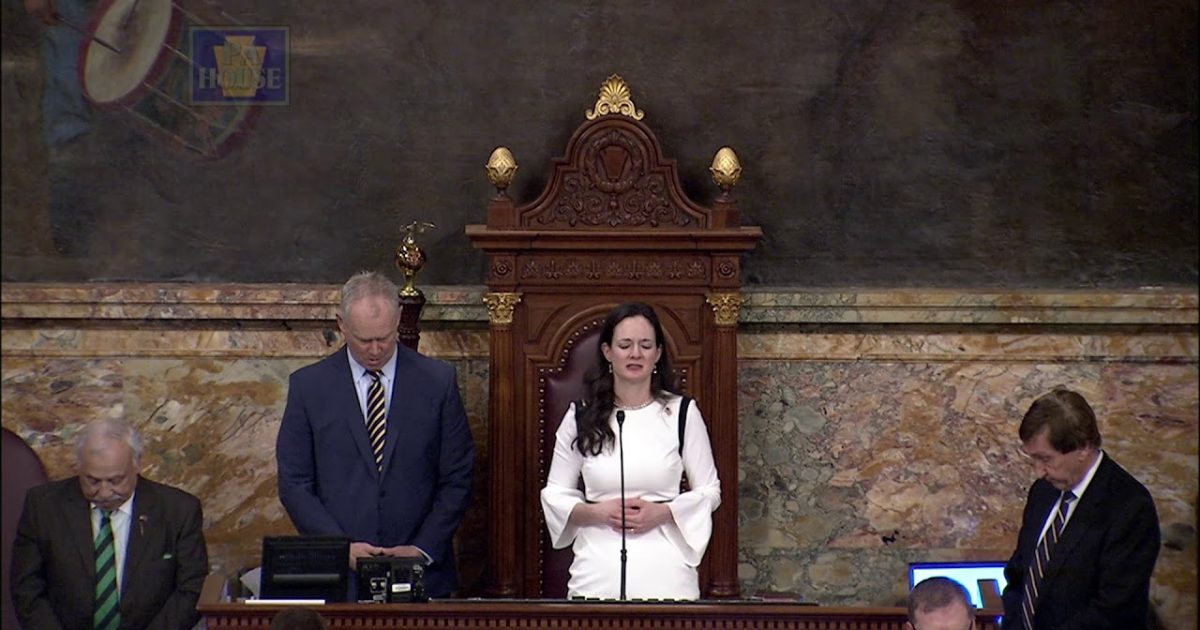 Pennsylvania’s first Muslim state representative is causing some serious controversy over the fact that a fellow member of the session began with prayer to Jesus Christ, calling it “highly offensive.”

Now, Rep. Movita Johnson-Harrell is demanding an apology from her colleague, saying the prayer represented “Islamophobia.”

So apparently it’s perfectly acceptable to crap all over the Christian faith, but heaven forbid someone do something that offends a Muslim.

“It blatantly represented the Islamophobia that exists among some leaders — leaders that are supposed to represent the people,” Johnson-Harrell said in a statement to the Pennsylvania Capital Star. “I came to the Capitol to help build bipartisanship and collaborations regardless of race or religion to enhance the quality of life for everyone in the Commonwealth.”

She had dozens of friends and family members in attendance because she was being sworn in that day.

Rep. Stephanie Borowicz, the member who made the prayer has refused to apologize, regardless of Johnson-Harrell’s offense.

“That’s how I pray everyday,” she said to a reporter and added, “Oh no, I don’t apologize ever for praying.”

That’s right, ladies and gentlemen, praying to Jesus in the presence of Muslims is “Islamophobic.” Of course, if you don’t tolerate their prayer to their false god as a Christian, you get nailed.

In short, it’s okay for Muslims to pray when and where they want, but not Christians. Outrageous.

House Democratic Party Whip Jordan Harris slammed Borowicz saying, “Today, we saw religion weaponized in the House chamber in what could be considered a gross attempt to intimidate, demean and degrade a Muslim state representative in the presence of her family, friends and guests.”

“On a day that should be celebrated across Pennsylvania as we see the first Muslim woman sworn into office. We instead started off with a rambling, at times incoherent prayer that consisted of weaponizing the name of Jesus while dipping into partisan rhetoric of President Donald Trump.”

This video shows the oh so “offensive” prayer:

So we now have anti-Jewish and anti-Christian Muslim voices in the federal and state governments causing division and spreading hate for their fellow human beings, and yet the left continues to defend this egregious behavior.

Do they not understand this is pushing more and more individuals into the Trump camp? They’re hanging themselves with all of these hateful comments, yet they don’t seem to care.

Is this finally the implosion of the left that we’ve all been waiting for? Let’s hope so.