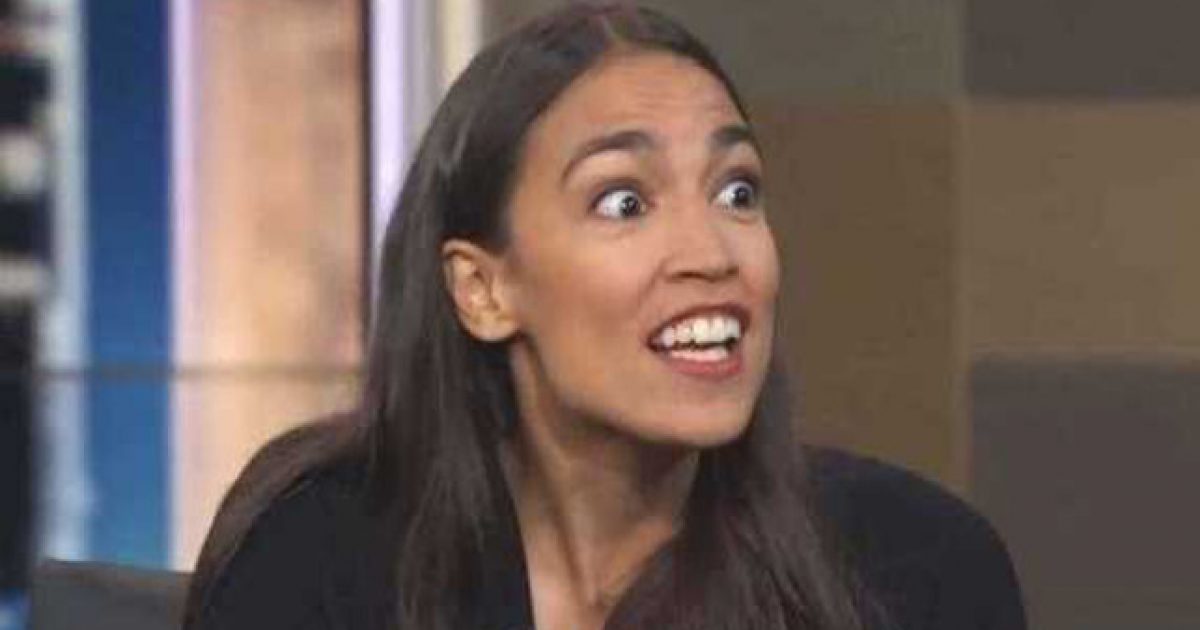 Everyone’s favorite Democratic socialist, Rep. Alexandria Ocasio-Cortez has struck again, this time delivering a rather idiotic statement about how “excited” employees should feel about getting automated out of work, along with comments about how she supports businesses being taxed by 90 percent.

This might just be the dumbest thing she’s said yet, and given the long list of such statements, that’s really saying something.

Ocasio-Cortez made the remarks while speaking at the left-leaning South by Southwest Conference & Festival in Austin, Texas — where she also said America was in a state of “garbage” and suggested that former President Ronald Reagan was a racist.

“We should not be haunted by the specter of being automated out of work,” Ocasio-Cortez said. “We should not feel nervous about, you know, the toll booth collector not having to collect tolls anymore.”

“We should be excited by that,” Ocasio-Cortez continued. “But the reason we’re not excited by it is because we live in a society where if you don’t have a job, you are left to die, and that is at its core a problem. And so there are a lot of different solutions— a lot of different proposed, uh, ideas about how we go about that.”

Ocasio-Cortez then appeared to support Bill Gates’ idea of “taxing robots at 90 percent,” explaining: “what that means— what he’s really talking about is taxing corporations at 90 percent, um, but it’s easier to say tax a robot.”

-People should be “excited” about “being automated out of work”

With as much time as it seems AOC spends in the magical land of Oz, you’d think it wouldn’t be too hard to ask the wizard for a brain.

She’s essentially saying that it would be a good thing to automate people out of work if we had programs that would take care of them so they wouldn’t have to have a job. Feel free to slam your head against the nearest wall.

Human beings were made by God to work. Work is a part of our biological, emotional, spiritual make up. We need to have a purpose for our lives, something we are working toward.

Young people are constantly looking for a cause to belong to because the desire for purpose is so deeply ingrained in the human experience. It’s soul crushing to feel purposeless and to add no value to the lives of others.

This is something liberals just don’t seem to understand. The kind of utopian society they envision is no utopia at all. It’s a nightmare of poverty, despair, and hopelessness, devoid of purpose.

Maybe one day they’ll wake up and smell the coffee for themselves. But probably not.