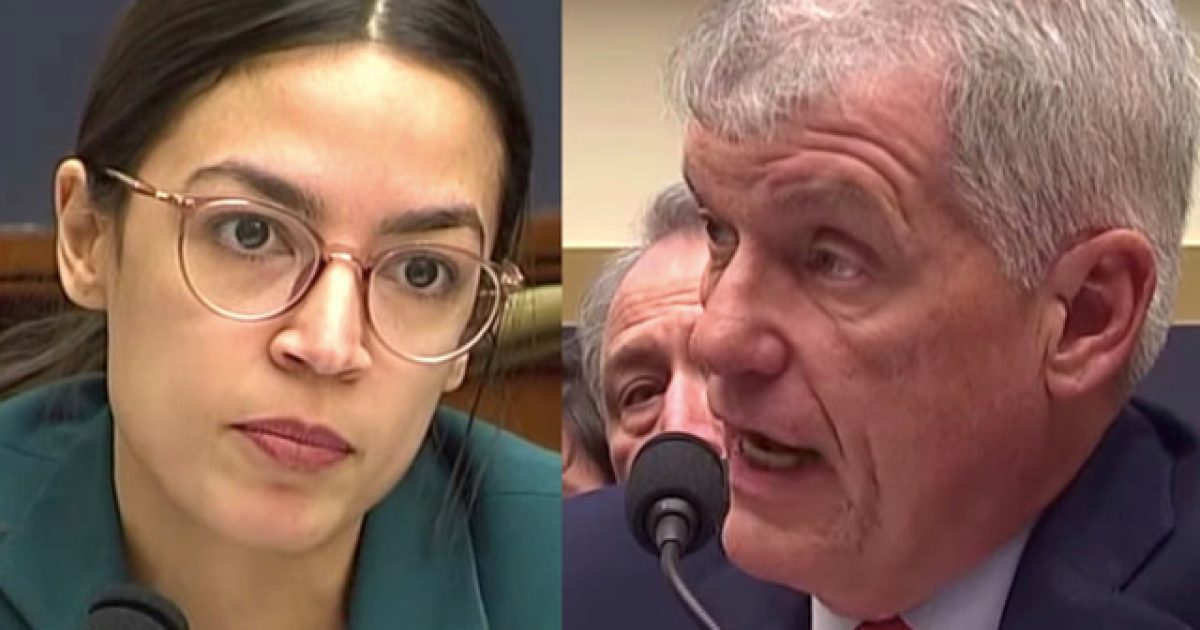 Everyone’s favorite cuddly Democratic Socialist Rep. Alexandria Ocasio-Cortez decided to try her hand at being tough during a grilling session of Wells Fargo CEO Timothy Sloan, but ended up embarrassing herself instead.

Which basically means it’s just another day ending in “y,” because when’s the last time AOC opened her mouth and didn’t have a situation end in embarrassment?

Sloan testified before the House Financial Services Committee during a hearing that’s supposed to hold “megabanks” accountable. The head of said committee is Rep. Maxine Waters.

AOC’s first attempt at hardball involved trying to tie Wells Fargo to the whole “family separation” mess down at the border, to which Sloan denied having any direct involvement.

“I don’t know how to answer that question because we weren’t,” Sloan plainly stated.

Ocasio-Cortez then jumbled around a bit following up by asking, “Uh, so in finan… you’ve, you were financing, involved in debt financing in CoreCivic and GEO group, correct?”

“For a period of time, we were involved in financing one of the firms, we are not anymore. “I’m not familiar with the specific assertion you are making, we were not involved in that,” Sloan replied.

AOC goes on to chat with Sloan about whether or not Wells Fargo should pay for the spills from the Keystone XL Pipeline. The problem, of course, is that the bank didn’t directly finance the pipeline.

Here’s the full video so you can see the disaster for yourself.