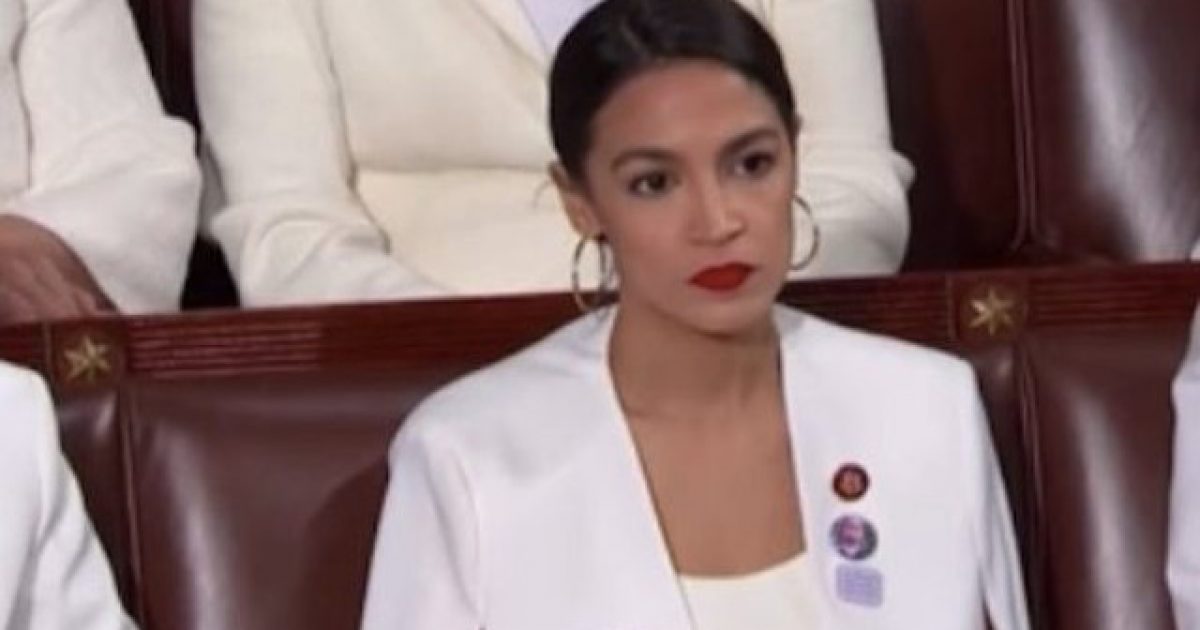 Everyone’s least favorite congresswoman, Rep. Alexandria Ocasio-Cortez is apparently joining the tinfoil hat crowd, cooking up a wild conspiracy theory shot full of paranoia, as she claims the “far-right” is on a crusade to her ruin her.

Yeah, that has to be it, right? There’s no possible way her extreme far-left positions and the concoction of that monstrous Green New Deal, combined with her absolute ignorance on economics and government have anything to do with it.

The reason for the paranoia is that a Quinnipiac poll was released on Thursday that led to a lot of publications running with not-so-flattering headlines about the former bartender-turned-congresswoman.

Vox wrote about the poll with the following headline: “Conservative media’s war on AOC is hammering her poll numbers.”

“A Quinnipiac poll released on Thursday morning found that 23 percent of Americans had a favorable view of the member of Congress, while 36 percent had an unfavorable view — a -13 overall approval rating,” Vox wrote. “This new poll isn’t a one-off finding. Three prior surveys — one in January from Morning Consult, one in February from Fox, and a third in mid-March from Gallup — all found that more Americans had negative views of AOC than had positive ones.”

AOC has attacked folks in the past in epic meltdowns over her low poll numbers.

It’s almost as though there is a directed + concerted far-right propaganda machine with a whole cable news channel, and a dark-money internet operation propped up by the Mercers et al dedicated to maligning me & stoking nat’l division, reported on by @JaneMayerNYer or something https://t.co/HChBp04c8W

AOC has been dumped on repeatedly in the media due to the ridiculousness of the Green New Deal, which if implemented would cost a whopping $93 trillion.

Yeah. Pretty safe to say there’s not a snowball’s chance in hell that sucker is going to passed in Congress. Whoever would vote in favor of that kind of legislation would find themselves without a job next election.

When it was put up for a vote, not a single Democrat voted for it. Several Democratic presidential candidates have come out against it including John Hickenlooper and Sen. Joe Manchin.

Ocasio-Cortez, who has called the state of America “garbage,” has also openly championed far-left gun control measures, including calling for the banning of all semi-automatic firearms and praising New Zealand for confiscating nearly all firearms from their citizens.

Add to this the fact that she’s also a bit on the anti-Semitic side and it’s no wonder the vast majority of Americans just don’t like her. She has backed and supported Rep. Ilhan Omar, activist Linda Sarsour, and others who have made disparaging remarks against Jews and Israel.

Something tells me she’s not going to be seeing much of an uptick in those numbers as long as she continues down the path she’s on.

As you can see, the “far-right” doesn’t need to do anything. AOC’s plenty capable of ruining herself.