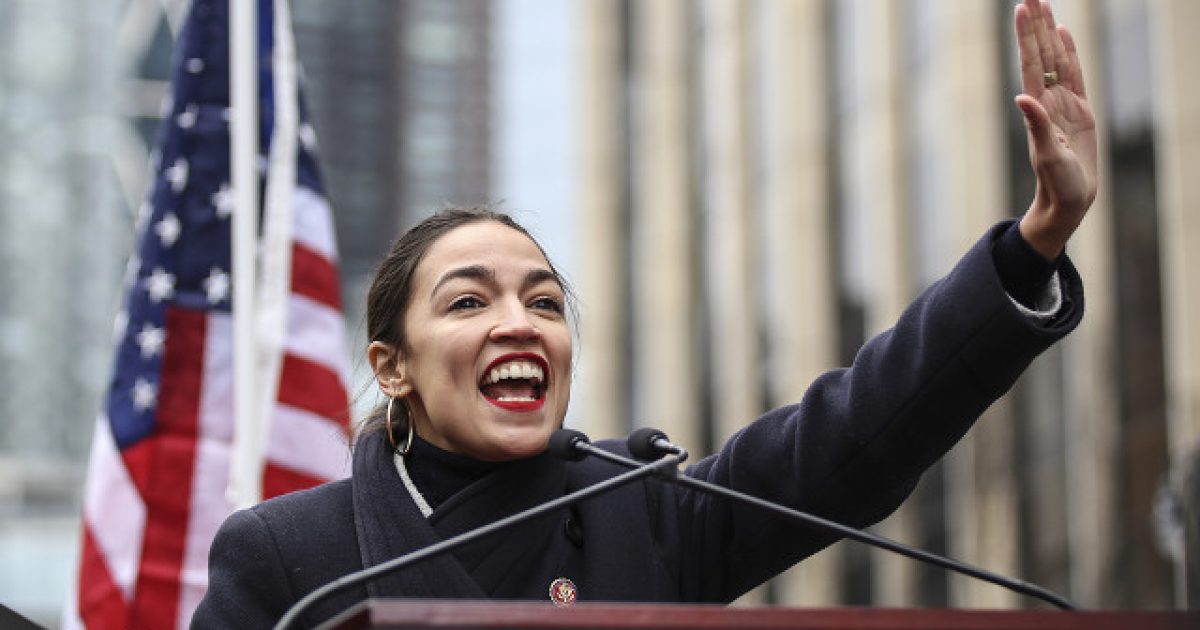 Rep. Alexandria Ocasio-Cortez recently stated that she’s receiving death threats on a daily basis, and you can probably guess who she’s blaming for it.

If you said conservatives, you’d be right on the money.

Before launching into the details, it’s important to note that folks who consider themselves conservatives who might be sending out death threats to AOC or any other Democratic congressperson is disgusting, deplorable, and absolutely not representative of what the majority of us in the movement think and feel concerning our political opponents.

Every human being deserves to be treated with basic decency and no one should ever be threatened over their political affiliations and beliefs. That’s totally anti-American. To those participating in this kind of behavior, you’re part of the problem, not the solution.

Ocasio-Cortez spoke about the death threats in an interview with the New York Daily News.

“It’s very clear that when right-wing media starts to heat up, that’s directly correlated to the amount of violent targeted threats we get,” she revealed. “There’s clearly a correlation between the intensity of Fox News and Breitbart and all those folks and the amount of threats that we get.”

The freshman congresswoman explained that threats have hit such a high that Capitol Police recommended that her schedule not be made available to the public. She also added that her office receives death threats “every day.”

“It’s a pretty regular thing, so we just have to be super vigilant,” she said.

A report published by Time magazine has stated that AOC and her staffers experience anxiety every time there’s a knock at her door, noting that Capitol Police have spent time training these individuals how to conduct proper risk assessments of individuals who visit the office.

AOC noted in the interview that she feels safest in her home and lamented that she can no longer go anywhere without feeling like she’s being watched out in public.

Unfortunately, that’s the price one pays for being a public figure, especially an outspoken one who has said many controversial things.

Again, it’s hard to know if this is all actually happening or if it’s just another bit to try and paint conservatives negatively in the liberal mainstream media.

Regardless, we should all be civil enough to disagree with each other without threats. Let’s hope that mindset takes a more prominent role in our culture.