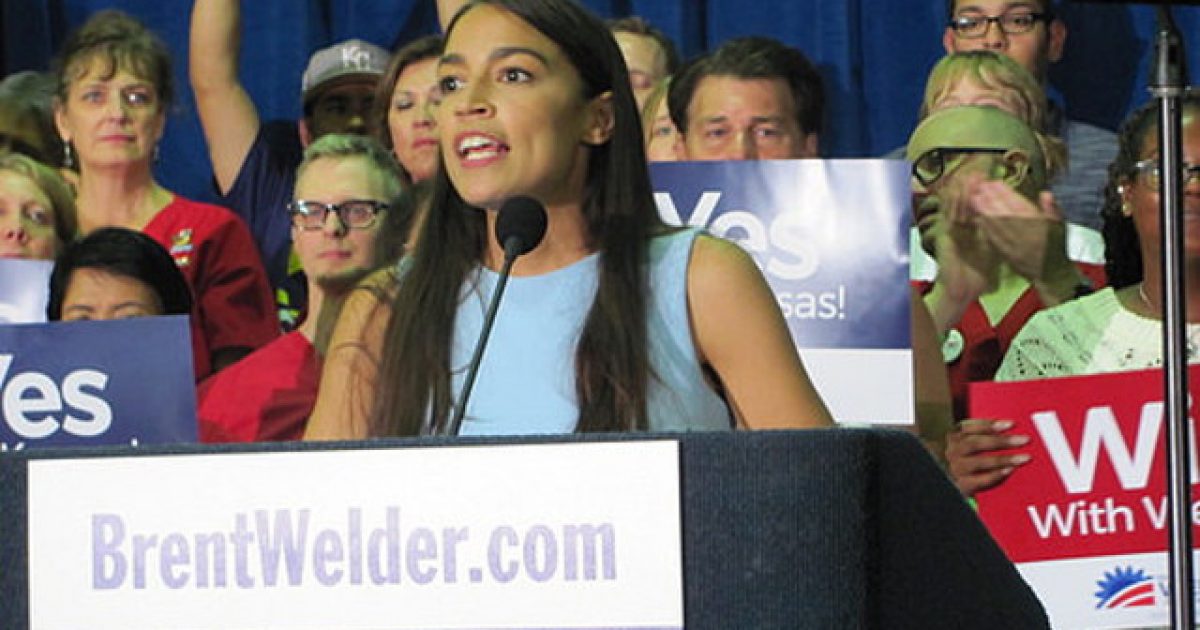 Everyone’s favorite Democratic Socialist, Rep. Alexandria Ocasio-Cortez, has been promoting false attacks on CPAC this week, which is likely an attempt to distract folks from the controversy surrounding her colleague Rep. Ilhan Omar’s anti-Semitism blowup.

However, her efforts have only seemed to earn her a good old fashioned smashing. Too bad.

“Amid the string of anti-Semitic statements, House Democrats are now planning on formally rebuking Omar (though they may not end up actually naming her in the rebuke), which has triggered Omar’s fellow freshman and radical Democrat Ocasio-Cortez to come to her defense,” The Daily Wire reported. “The plan to call out Omar, Ocasio-Cortez suggested in tweets Tuesday, is ‘hurtful’ because such reprimands supposedly aren’t consistently brought for other offenses against minorities.”

Later, Ocasio-Cortez launched a misinformation campaign that was filled with outright falsehoods, which she refused to correct.

“‘I always thought that if more good people had concealed carry permits, then we could end these Muslims before they [unintelligible],'” Ocasio-Cortez tweeted, as she falsely quoted what Falwell said. “This was just this weekend at CPAC, the conference attended by the President and members, to 1000s. Where’s the resolution against Islamophobia?”

“I always thought that if more good people had concealed carry permits,then we could end these Muslims before they [unintelligible].”

This was just this weekend at CPAC, the conference attended by the President and members, to 1000s.

Where’s the resolution against Islamophobia? https://t.co/eXA9F1fezI

This entire tweet from Ocasio-Cortez is factually false and the fact that she refused to take it down after receiving intense backlash is an indictment of her character.

For starters, the tweet that she was promoting conveniently left out the minute or so of footage that preceded the clip that was featured in the tweet.

Falwell was specifically talking about the San Bernardino terrorist attacks which happened just a couple of days before he made the comments. Here is the full context of Falwell’s remarks in 2015 for the clip in question:

I wanted to mention last night Becky and were watching the Fox News reports on the shootings in California and we were so touched by Mike Madden, the first responder, did anybody see that last night? He was the police officer who was the first responder to the terrible murders at the community center there and he told a story about no matter how well you’re prepared in your training for to deal with something like that, that there’s just no way when you when you walk in and you see the carnage and you smell the smell of gunpowder and it’s just something that you can never be prepared for.

So we contacted his family or his office after that report to see if he had any sons or daughters who were looking for place to attend college we offered to help with the scholarships. We also are trying to contact the victim who had six children who was killed in that in that carnage and it just blows my mind when I see the President of the United States say that the answer to circumstances like that is more gun control.

I mean if the people, if some of those people in that community center have had what I’ve got in my back pocket right now…I’ve always thought if more if more good people had concealed carry permits then we could end those Muslims before they walked in and killed them.

Ocasio-Cortez said that Falwell stated: “I always thought that if more good people had concealed carry permits, then we could end these Muslims before they [unintelligible].”

She inserted “[unintelligible]” in her quote to substitute for “walked in and killed them,” which gave complete context to what Falwell said.

What’s even worse is AOC claims that Falwell made these remarks over the weekend at CPAC, but the comments were actually made four years ago in 2015.

Falwell replied to AOC’s tweet and boy, oh boy, is it ever brutal.

I thought @AOC was just dumb but she is a liar too. She claims this was @CPAC last week when it was actually in 2015 the day after the deadly CA attacks by radical Muslims (“those” Muslims I referenced) She also deleted the last part of my quote “before they walk in and kill us”. https://t.co/lIw4V4BaVj

Falwell’s response was just the beginning. AOC got throughly trounced by the right on social media. Check it out:

This was not at CPAC. Are you completely and totally immune to fact-checking something before you say it? https://t.co/7jny1d3LPD

Wasn’t at CPAC. And Jerry Falwell Jr. said this, not a sitting member of Congress. Reacting to Anti-Semitism by saying we should also condemn every other kind of intolerance is valid. But scapegoating of Jews almost always comes first. It’s a warning sign. Please recognize that. https://t.co/IGfBr70AeZ

Why is this tweet still up after so many people pointed out it was from 2015 and he was talking about San Bernardino shooting? https://t.co/o7aBSMm3vb

Why is this tweet still up after so many people pointed out it was from 2015 and he was talking about San Bernardino shooting? https://t.co/o7aBSMm3vb

Fake News! Years old and out of context. Stick to bar tending, miss. And leave politics to the adults.

By the way, a) it was in 2015; b) it wasn’t at #CPAC; c) he shouldn’t have said it that way, but was referring to the Islamic terrorists who killed 14 innocent people at a holiday party in a government building in San Bernardino (https://t.co/d0MgJ42Cbe). More #fakenews from @AOC https://t.co/8Wy0TKtMJ2

siiiigh. No, it wasn’t this past weekend. It was at Liberty two days after the San Bernardino shooting. You won’t find me defending his word choice, but in context he was rather obviously talking about killing specific terrorists in self-defense. https://t.co/nFUzJplUpv

It seems the best thing for Ocasio-Cortez to do would be to resign from Congress and go back to bartending. Or some other career path that doesn’t involve speaking in public.

Not only would it save us all the headache of constantly having to correct her falsehoods, but she’d save herself a whole lot of embarrassment. She’s punishing herself more than she’s hurting us. Not to mention the damage her ignorance is doing to an already deeply injured Democratic Party.

Democrats grasping at straws, searching and searching for something to be angry about is probably one of the most pathetic displays ever witnessed in the political realm. Just stop.