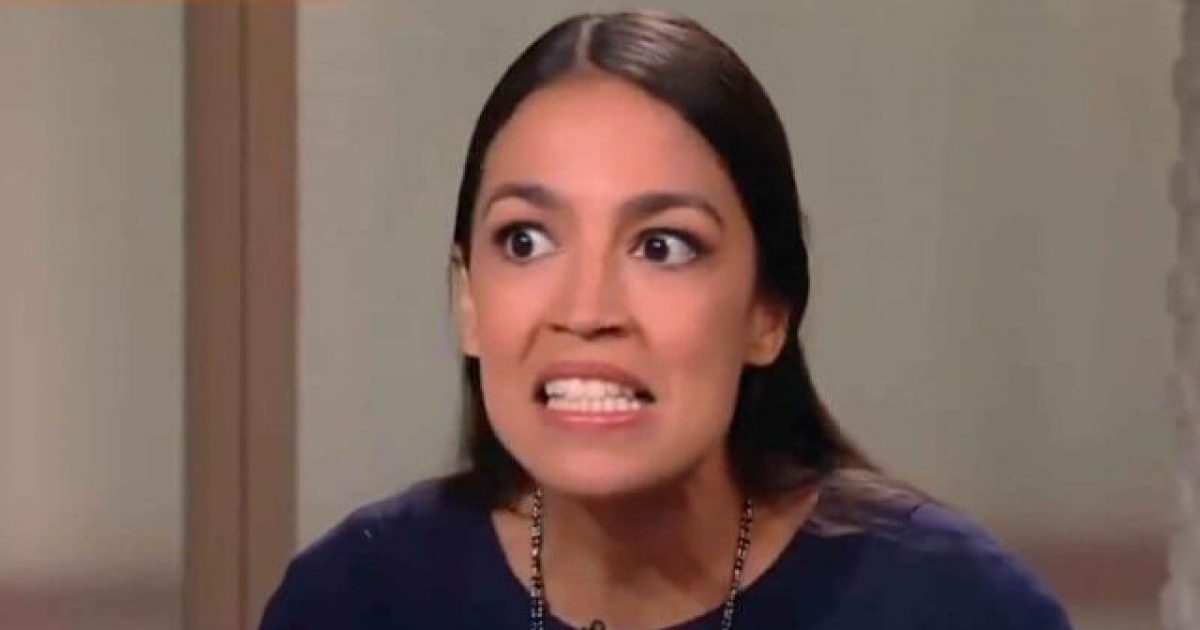 When you’re a public figure, like a politician for example, folks are going to rate your performance on whether or not you’re doing a good job representing the people and fighting for the betterment of the country.

Just like any other job, when you fail to uphold your duties, you get bad scores on your reviews. For folks who are part of the “participation trophy” generation, like Rep. Alexandria Ocasio-Cortez, this is apparently a pill that is far too hard to swallow.

AOC is fuming over her “unfavorable” ratings, attacking “centrists” for not agreeing with her insanely far-left politics, stating these individuals are legitimizing bigotry.

A seperate poll released this week found that only 12% of New Yorkers call Ocasio-Cortez a “hero” after she worked to sabotage the Amazon deal — which would have brought tens of thousands of jobs and billions of dollars worth of economic activity to New York — while “38 percent label her a villain.”

We can’t gloss over it, or quietly consider that the “shrewd” thing to do is nominate someone who won’t be subject to bigoted attacks.

Morally, we can’t give a pass to this dangerous tactic.

But even politically, the Dem base is all the people you demoralize by not standing up.

When Rep. Steve King made some unsavory comments, he was booted from his committees promptly.

The Democrats, however, seem to have welcomed bigotry into their party with open arms, taking no action against Rep. Ilhan Omar after many anti-Semitic remarks have been made by her since her time in office and before.

Then there’s Virginia Gov. Ralph Northam who has faced zero consequences for the photographs that emerged showing him in blackface, an offense that would rightfully destroy a Republican’s career and future in the blink of an eye.

Seems to me the left, and AOC in general, are ginormous hypocrites who like to play partisan politics. In Ocasio-Cortez’s case, she’s someone who plays the victim card any and every opportunity she is given, rather than attempting to actually solidify her positions with data.

Using the victim card is a means of avoiding actually examining her own performance and possibly changing up her policy positions and approach to better suit the needs of her constituents.

Hopefully this means her time in Congress will be short lived.