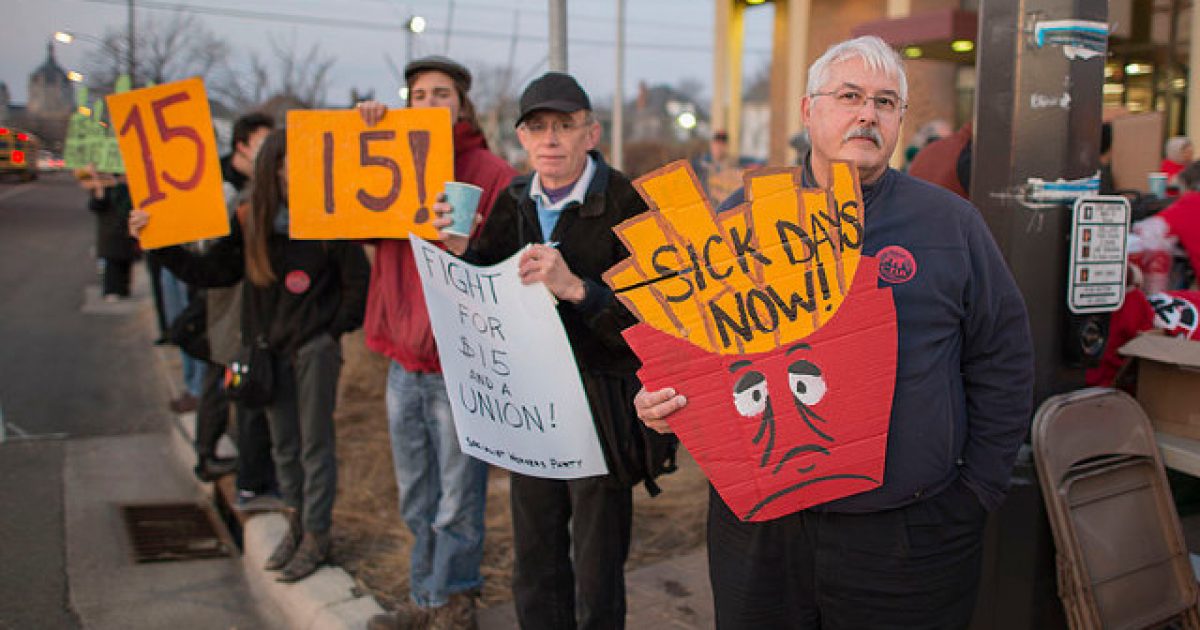 A rather vocal group of Hollywood actresses has been pressuring New York lawmakers to raise the minimum wage for waitresses and servers, but the workers themselves are telling these outsiders to buzz off.

Gee, you mean these individuals, who work hard and make a lot of money with tips, don’t want that to disappear in favor of a higher minimum wage? Who would’ve ever thought that?

Truth be told, servers who do good work get huge tips and make much more than $15 an hour, so this sort of legislation would actually cause them to make less money, hence the outrage.

“These celebrities have literally no idea,” said upstate New York bartender Maggie Raczynski. “I feel like they need to butt out.”

“I’m telling you that I don’t want my wage raised,” Said D. Sweeney, a former actor who works as a bartender. “Why am I saying that? Am I an idiot?”

“Thank you for your concern,” the letter said. “But we don’t need your help and we’re not asking to be saved.”

These servers are absolutely correct in their assumptions concerning a change in pay structure if the minimum wage gets hiked. Business owners will no doubt take tips as a means to off set some of the cost of paying employees a higher wage.

Business owners want to keep their restaurants open and serving customers. When you increase the cost of running said business, the cost gets passed off to customers in the form of higher prices for food. They are not obligated to let their servers keep tips. They could use the extra cash to reduce the strain of the higher minimum wage, which then lowers the amount of money these servers actually bring home.

Minimum wages are a horrible idea in general, and this particular application of it is even worse. Time for Hollywood to stop their ridiculous crusading, which is all just a means of making themselves feel better and like they’re doing something meaningful with their lives.