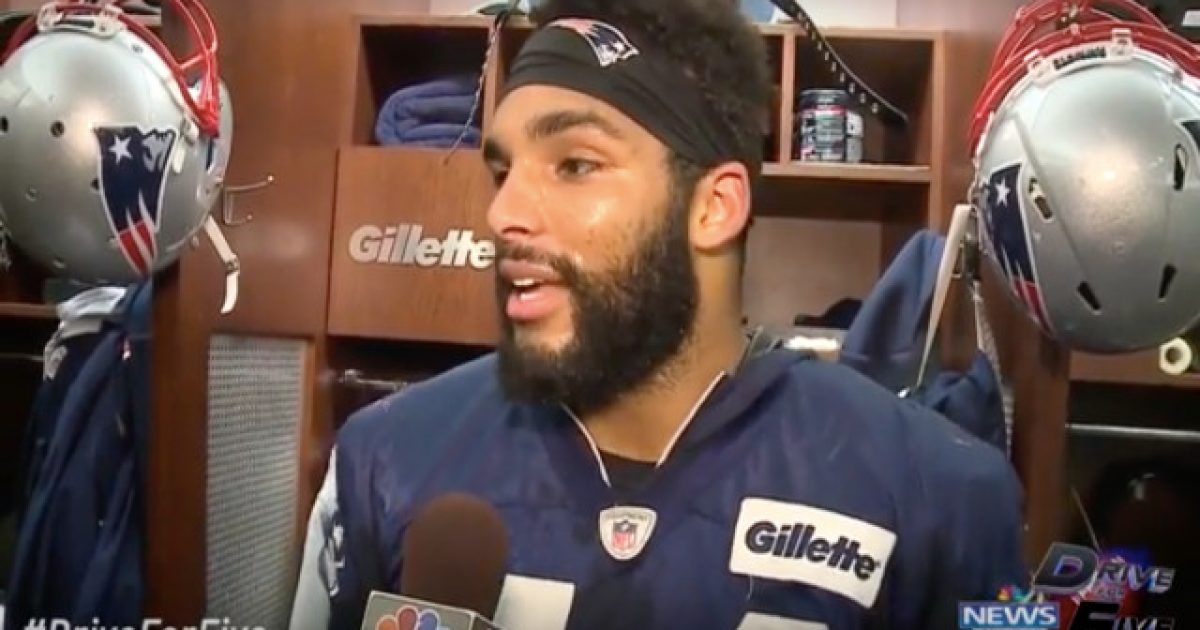 An NFL linebacker was recently charged with sucker-punching a NYPD officer who was attempting to take his fingerprints at the police station.

Honestly, this guy is lucky he didn’t get his block knocked off doing something like that at the actual police station. Talk about a fool. Geesh.

Detroit Lions linebacker Trevor Bates reportedly gave NYPD Sgt. James O’Brien a black eye and a concussion after suddenly punching him in the face while being processed.

“The sergeant assured him that it was no big deal,” said Sergeants Benevolent Association president Ed Mullins. “You’ll get scanned. You’ll get paper. You’ll get a court date. Out of the clear blue sky, he just wailed on the sergeant. The sergeant said he never saw it coming.”

Police took Bates to the station for processing. For some reason, Bates was allegedly furious at O’Brien, saying “I want to punch the glasses off of that guy,” according to court documents.

After the alleged roundhouse punch to O’Brien’s head, Bates was restrained by multiple officers and hit with the stun gun. Bates spent the next few days in the hospital for psychiatric evaluation. O’Brien was given three stitches for a cut above his eye and treated for a concussion.

“They Tased him and he ripped the prongs out,” Mullins said of Bates.

The SBA issued a scathingly harsh statement against Bates after the incident.

“Trevor Bates acted beyond that of a wild animal,” the tweet read. “He’s dog crap and the NFL condones criminals.”

Bates has been charged with second and third degree assault, obstructing governmental administration, theft of services, and resisting arrest.

The potential penalty for his foolish outburst of anger? Seven years in prison if convicted.

How stupid to have such an amazing opportunity to earn a good living for yourself doing something most people only dream of, and throw it away because you can’t control your temper.

The guy deserves what he gets and then some.