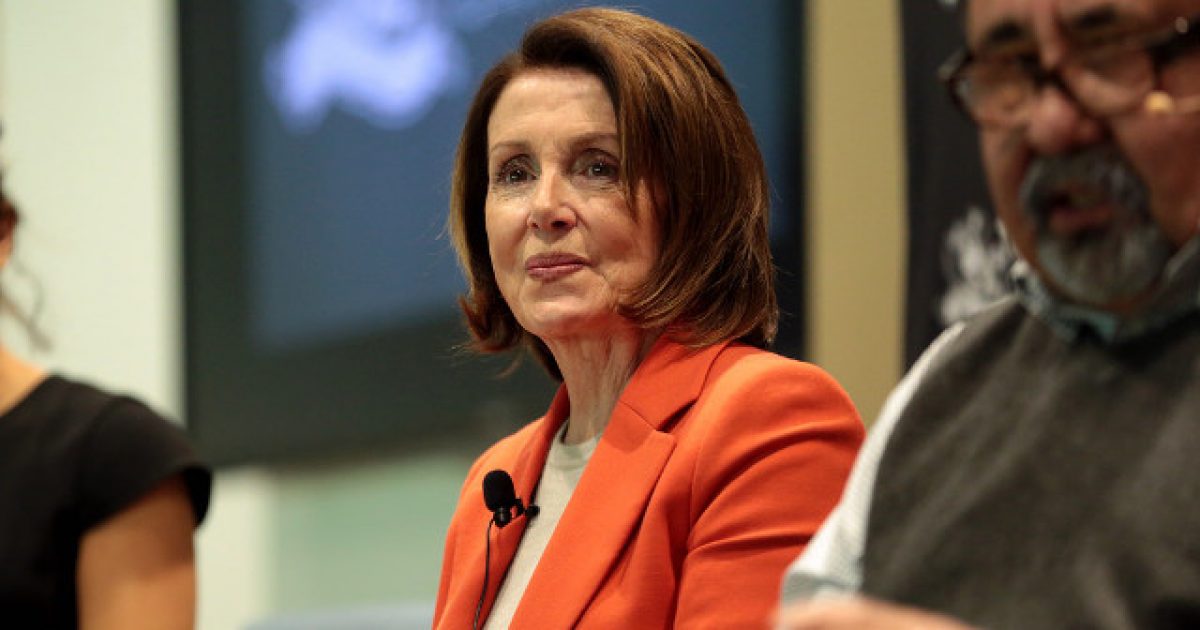 Once the conclusions from the Mueller Russia probe were released and stated there was no collusion from the Trump campaign, we all knew this was going to be like taking a sledge hammer to the hopes and dreams of Democrats who were banking on some sort of negative finding they could use to impeach the president.

And according to a new report coming from the Washington Post, that’s precisely what’s happened. In fact, the report states that the conclusion reached by the majority of Democratic House leaders who met Monday night is that they’re “largely giving up” on impeaching Trump.

Yet more winning for the president.

Citing three sources with knowledge about the meeting, the Post reports that Speaker Nancy Pelosi (D-CA) and members of her leadership team “agreed in a Monday night huddle that the caucus needs to stop talking about collusion with Russia because it was distracting from their legislative agenda.”

The Post underscores that two of the Democratic leaders at the strategy meeting about cutting out the impeachment and “collusion” talk represent the two polar ends of the caucus, “liberal” Rep. David Cicilline (D-RI) and Trump-district Rep. Cheri Bustos (D-IL), who was recently elected chair of the House Democratic Congressional Campaign Committee. The Post notes that Cicilline stated before the meeting that there’s a “sense” within the party that there should be “less discussion about impeachment,” a comment he was asked about after the meeting; his reply was that Democrats need to focus on “the promises we made during the campaign.”

While sources suggest Democratic leaders are trying to rein in all that “Impeach Trump” talk behind closed doors, they have publicly put on a brave face amid the Mueller report fallout. Pelosi and Senate Minority Leader Chuck Schumer (D-NY) issued a joint statement Monday morning expressing deep skepticism about Attorney General William Barr’s summary of Mueller’s final report and suggesting that they still might be trying to push the “obstruction” angle.

Now that Trump has more or less been exonerated, it’s time to strike back, to go on the offensive and hold individuals who falsely accused the president of collusion with Russia accountable for their actions.

Not only should the media be targeted for mockery and ridicule over this whole situation, but so should those Democrats who are in Congress. Their witch-hunt failed, going up in flames and burning to the ground.

All it’s done is expose the Democratic Party’s pettiness, their unwillingness to move beyond a loss and grow to improve. They’ve been exposed as vindictive amongst many other things, which will only serve to swell the ranks of Trump supporters all across the country.