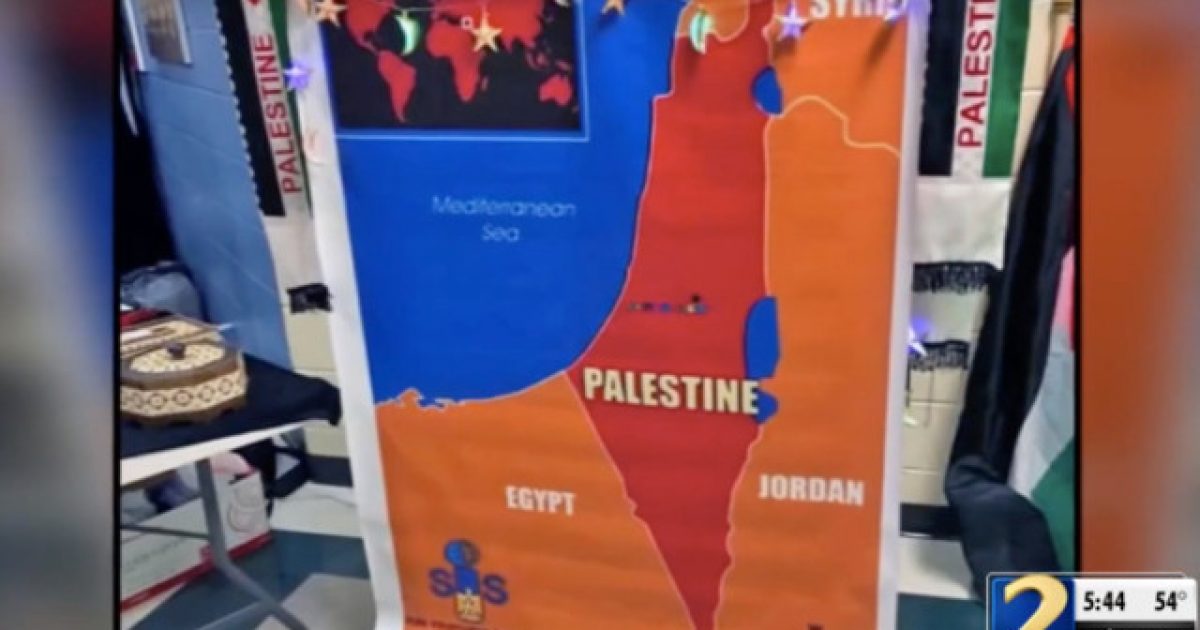 Parents of middle school students were left upset after a map depicting all of Israel as Palestine was posted during the school’s multicultural night event.

The incident occurred at Autrey Middle School in Alpharetta, Georgia on March 7. The map of the Middle East demonstrated the way the Middle East should look from a Muslim perspective with the entire nation of Israel labeled as “Palestine.”

A spokesperson for the Fulton County Schools has stated that the situation is under investigation to try and find out where the map came from.

“Fulton County Schools was made aware of an insensitive political and geographic display at Autrey Mill Middle School’s recent Multicultural Night. This event is hosted by families and staff with the intent of celebrating different cultures and nationalities. We condemn the negative and extreme political agendas these symbols represent.

“We are investigating this incident, and will take all necessary actions to find the individual(s) responsible and hold them accountable.”

One student’s mother said the map wasn’t in context.

“Kids who saw this or anybody that was exposed to this last night that doesn’t even know what the story is behind this, right now, thinks this is the map of Palestine,” the woman said.

Another added, “Israel wasn’t mentioned on that map at all. They basically wrote ‘Palestine’ in the place of Israel. They, the Palestinians, talk about from the land to the sea, which means having all the Jews wiped away and the Palestinians on the land instead of the Jews.”

Another parent’s complaint focused on the fact the materials weren’t properly reviewed.

“Nobody in the school was going over the content of the materials that is being presented,” the parent complained.

School Principal J.E. Trey Martin sent letters to parents addressing the situation saying, “extremely disappointed and disgusted with the individuals who presented an insensitive political and geographic representation. This display does not represent our school culture which is one that values inclusion and unity.”

CAIR contacted the school and wanted them to apologize for the criticism of the display, obviously not caring how offensive that map would be to Jewish students or parents.

This, ladies and gentlemen, is the type of indoctrination that teachers are doing in the classroom, sometimes unbeknownst to those in charge of these institutions.

It’s time for schools to be brought back to the private sector. Pronto.