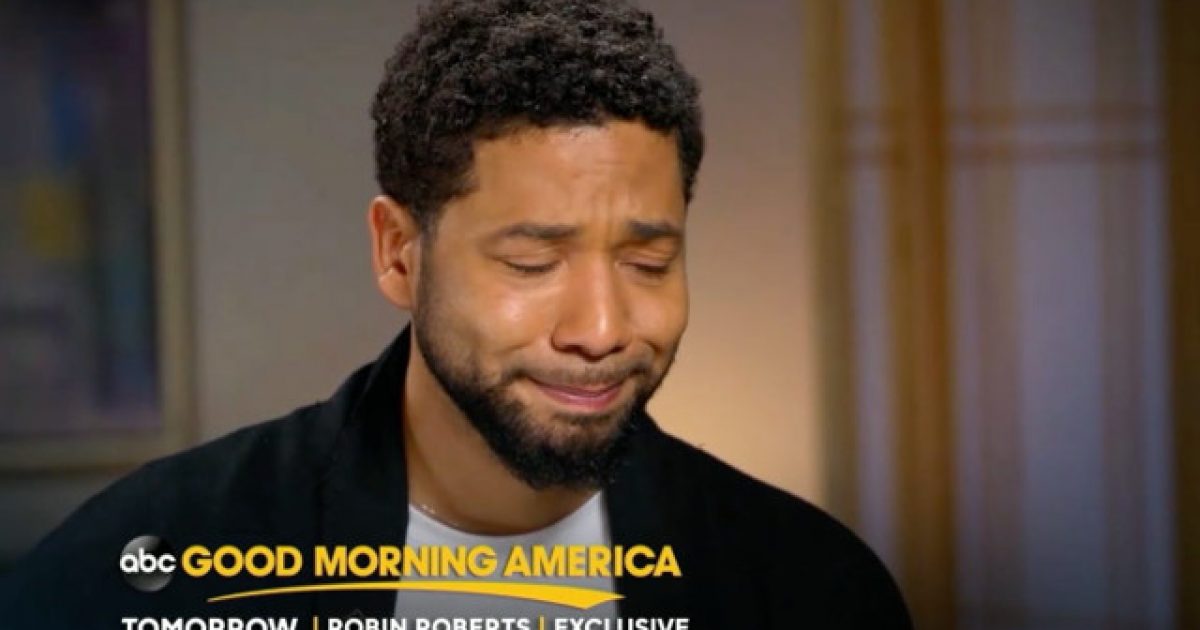 Earlier this week the country was stunned by the fact that the prosecutors in the case of actor Jussie Smollett, the man who faced 16 felony charges for perpetrating a hate crime hoax dropped all the charges and Smollett was allowed to walk free.

Even more ludicrous is the fact that his attorney stated that he believed the man was guilty, stating that he took into account the fact Smollett had no prior record when considering whether or not to pursue the case.

Well, as it turns out, Michelle Obama’s ex-chief of staff, prominent Chicago attorney Tina Tchen, has gone on record and confirmed that she contacted the state’s attorney who ended up letting Smollett go.

In a statement to USA Today on Wednesday, Tchen addressed reports that she had emailed Cook County State’s Attorney Kim Foxx to request on behalf of the Smolletts that the investigation be taken out of the hands of the Chicago Police Department, which would eventually conclude that Smollett had orchestrated an alleged “hoax” hate crime against himself.

“I know members of the Smollett family based on prior work together,” Tchen said in the statement Wednesday. “Shortly after Mr. Smollett reported he was attacked, as a family friend, I contacted Cook County State’s Attorney Kim Foxx, who I also know from prior work together. My sole activity was to put the chief prosecutor in the case in touch with an alleged victim’s family who had concerns about how the investigation was being characterized in public.”

After Tchen contacted Foxx to voice the Smollett family’s “concerns” about how the Chicago police were handling the case, Foxx replied in a February 1 email: “Spoke to the Superintendent [Eddie] Johnson. I convinced him to reach out to FBI to ask that they take over the investigation.”

“Spoke to the superintendent earlier, he made the ask,” Foxx told a Smollett family member whose name was redacted from released court documents. “Trying to figure out logistics. I’ll keep you posted.”

Foxx claimed that the Smollett family feared leaks in the investigation would occur and felt it was safer in the hands of the FBI who would keep information more secure.

The plot thickens a little more. Foxx originally claimed that she recused herself from the case due to her connections and contact with Tchen and the Smollett family. However, that’s not true.

Foxx was later forced to confess to an “egregious error” Wednesday evening after National District Attorney’s Association sent a letter scorching Foxx’s office for how they conducted themselves during the whole affair.

Among their complaints, a prosecutor who recuses herself from a case should pull her entire staff from involvement in that case and appoint a “special prosecutor,” or she risks tainting the entire operation with her conflict of interest.

It turns out that, although Foxx claimed to have “recused” herself from the Smollett case over concerns that she’d communicated with a member of Smollett’s family, she never made her recusal official. The term was used “colloquially” rather than “legally,” her office told Chicago Tribune columnist John Kass.

There’s definitely something not right about this whole mess. It seems that Smollett has a lot of friends in high places who pulled some strings to get him out of trouble.

The police claimed to have had a ton of evidence that pointed to the actor having fabricated the attack. He was indicted on 16 charges. There’s no way this was all a mistake. This wreaks of corruption, down to the very core.

Stuff like this is why so many Americans have so little faith in the justice system. What a sloppy mess this has turned out to be.