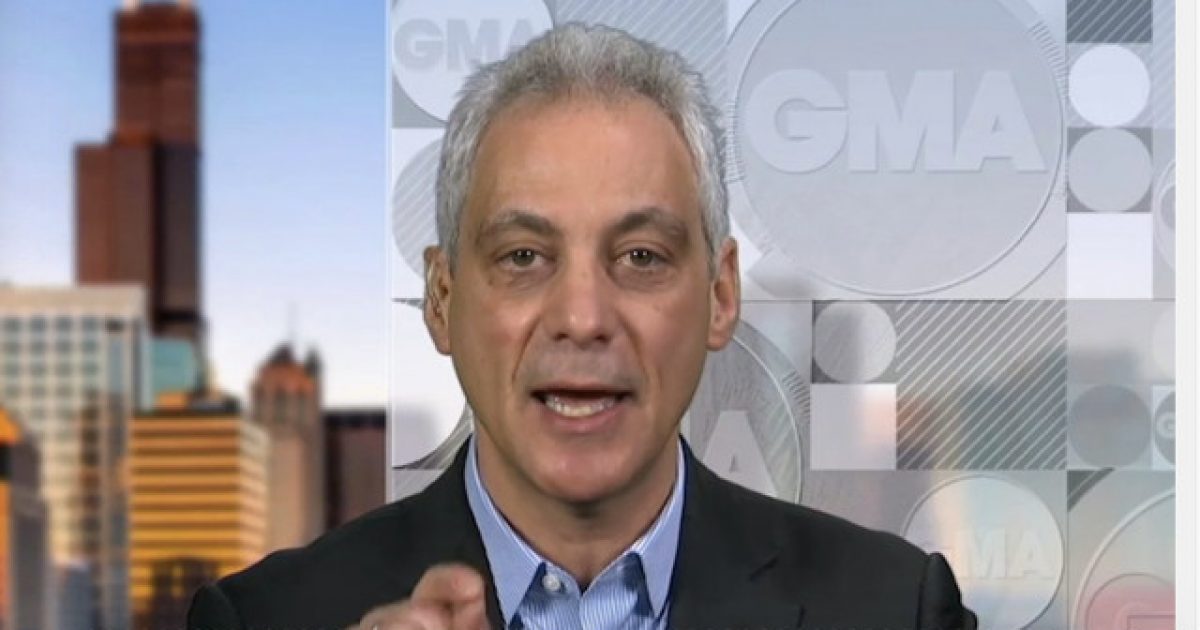 It appears that hell has froze over, as radically liberal Chicago Mayor Rahm Emanuel is fired up over something and conservatives actually agree with him.

Yes, that’s right folks. Both conservatives and Rahm Emanuel are somewhat on the same page on something. So who is responsible for this miracle?

“Empire” actor Jussie Smollett. You know, the guy who allegedly perpetrated a hate crime hoax involving two supposed white Trump supporters? Yeah, he got all 16 felony charges dropped against him earlier this week, baffling most folks who are keeping up with the story, including Emanuel.

“You have the state’s attorney’s office saying he’s not exonerated, he actually did commit this hoax. [Smollett is] saying he’s innocent, and his words are true,” Emanuel told ABC News’ George Stephanopoulos on “Good Morning America.” “They better get their story straight. Because this is actually making … fools of all of us.”

On Tuesday, Emanuel lashed out at the dropped charges decision, calling it a “whitewash of justice.”

“From top to bottom, this is not on the level,” he added. “There needs to be a level of accountability throughout the system, and this sends an unambiguous message that there is no accountability, and that is wrong.”

Joseph Magats is the first assistant Cook County state’s attorney who dropped the charges against Smollett, stated himself that he does not believe the actor is innocent.

So, again, the question is, why were these charges dropped if this dude actually did the crime he’s being accused of? As Emanuel said, this really does send the message that it’s okay to pull stunts like this.

Magats took the case over from State’s Attorney Kim Foxx who recused herself from the case.

Magats stated that he took into account Smollett’s lack of a criminal record and the fact that the disorderly conduct charges were all “low-level felonies,” when considering whether to drop the charges or not.

Get this, ABC News reported that the Cook County clerk’s office told them that the case has been wiped off the database as if it never existed.

Guess it’s time to pull out the tinfoil hats, folks, because this smells very, very fishy. Who does Smollett know in high places? Did someone owe him a favor? Did he slip someone a large sum of money? Why in the world is this case being treated like this?

Dare we say it could be some sort of “privilege” to use a favorite buzzword of the left?

Regardless, don’t be surprised if you see an explosion in the number of hate crime hoaxes as a result of this garbage. Sad times for justice.