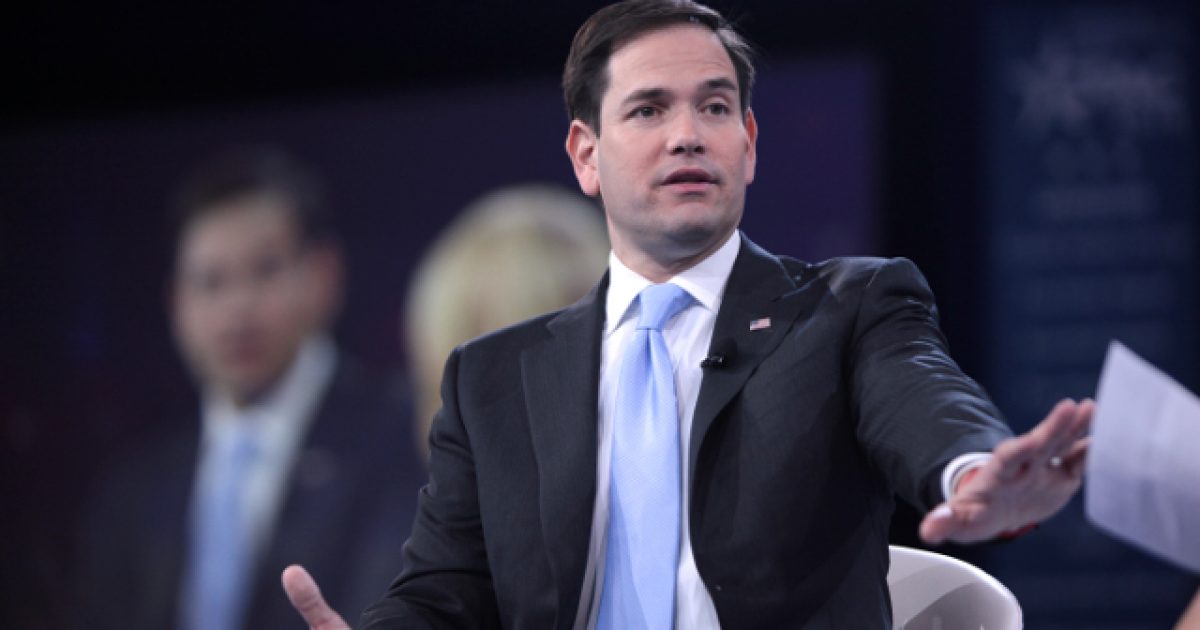 More and more Democrats are starting to finally realize that President Trump is likely going to leave a lasting, generational impact on the Supreme Court, so, true to their reputation, they’re trying to find some sort of way to reform SCOTUS and reduce the president’s power in shaping the ideological makeup of the court.

Thankfully, their efforts are not going unchallenged. Sen. Marco Rubio is crafting a constitutional amendment that would stop this from happening.

Rubio broke down his amendment in an op-ed he published on Fox News.

Rubio kicked things off by noting that the amendment proposes keeping the seats on the court at nine, to prevent delegitimizing of the court.

“There is nothing magical about the number nine. It is not inherently right just because the number of seats on the Supreme Court remains unchanged since 1869. But there is something inherently good and important about preventing the further destabilization of essential institutions,” Rubio explained.

“Our nation may not be on the brink of civil war or dissolution, but we are suffering a crisis of confidence and we cannot withstand further erosion of trust in one another and our institutions,” Rubio said. “The rhetoric used by some of my Democratic colleagues that suggests our institutions are increasingly unable to resolve modern society’s conflicts is dangerous.”

“The perceived illegitimacy of institutions — from local election boards all the way up to the Supreme Court — threatens to undermine the very nature of our nation,” he added. “These institutions are the way Americans traditionally mediate disputes among a very diverse population. We must fight to maintain and restore them.”

Rep. Mark Green is set to introduce a sister bill to Rubio’s in the House soon.

It’s tragic that the Supreme Court, which was just supposed to ensure that Congress didn’t pass unconstitutional federal laws, has been allowed to swell with power over the years and become a sort of law making body in and of itself.

This was never the design of our founders and, unfortunately, this has been what has led to disasters like Roe v. Wade and other freedom limiting court decisions.

Until we fix the root, we must cut off the branches that are poisoning the rest of the tree, which means making sure that conservative judges are stacked in SCOTUS in order to prevent progressives from taking it over and stripping us of our liberties.

It’s great that Rubio is attempting to do something about this, and hopefully, his bill will pass and SCOTUS will be protected.