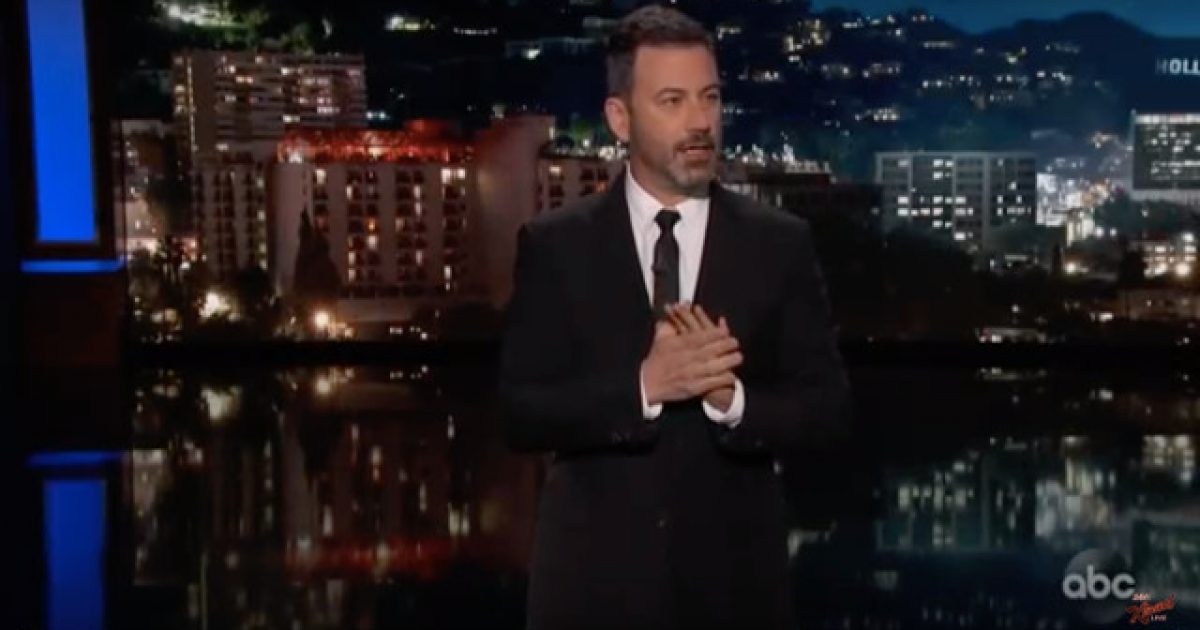 Late-night talk show host Jimmy Kimmel opened his monologue on Monday evening by stating the results of the Mueller report were a “victory” for the Trump administration and then took aim at CNN.

Hey, it’s not every day you see a raging leftist like Kimmel open up both guns blazing at what is arguably the least trustworthy source of news on the planet.

“[Special counsel] Robert Mueller and his 13 angry Democrats did not come to a conclusion of collusion, according to [President Donald] Trump’s newly appointed attorney general,” said Kimmel, a frequent critic of Trump.

“Deep down, didn’t we know Trump probably didn’t collude with Russia because he could never pull that off, and even if he did collude, it probably would have been by accident?” he said.

Kimmel said cable networks were “scrambling” over the weekend and chided CNN for its “weird” reaction after waiting two years for the report to be published. He pointed to a tweet the cable network posted, which described Trump as being “bathed in golden light” the evening of the report’s release. Kimmel asked if Judy Blume, noted author of adolescent coming-of-age books, had written the passage.

While he’s obviously still not a fan of President Trump, it’s nice to see Kimmel actually take a few shots at CNN over this whole mess, especially since their coverage of the ordeal has been inconsistent from the get-go.

As Americans, we should be thrilled, absolutely tickled pink by the fact our president isn’t a treasonous snake who colluded with Russia to silence the will of the American people.

But not CNN. Nope. They were wanting to take sweet revenge on President Trump for beating the pants off their sweetheart Hillary Clinton, but unfortunately for them, it backfired in their faces.

It’s time to swallow the bitter pill that Trump won fair and square, voted in by not only Republicans, but Democrats too. Instead of blaming everyone else for their loss, perhaps they need to do a little soul searching and actually try connecting with the average voter?

Then again, that takes a lot of work.