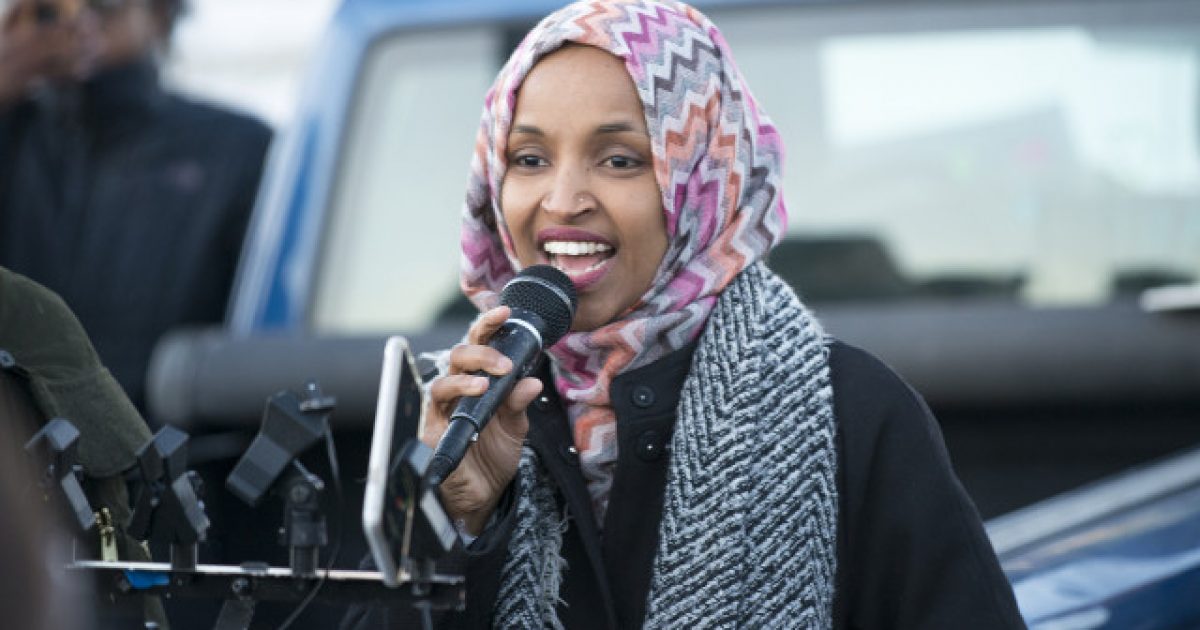 Rep. Ilhan Omar continues to dig herself a mighty big hole as she keeps right on showcasing her disdain for Israel and Jewish folks in general through comments that would likely get a conservative person booted from office promptly.

Omar’s recent outburst was aimed at pro-Israel demonstrators who showed up at a fundraising event she was attending to protest her presence being there.

The large group of protesters rallied outside an event in Los Angeles, California, where Omar of Minnesota spoke “at the fundraising event for the Council of American-Islamic Relations of Greater Los Angeles,” Haaretz reported.

The Los Angeles Daily News reported: “Outside the hotel ahead of the event were at least 1,000 people protesting, creating a sea of American and Israeli flags along Canoga Avenue and picket signs with messages the likes of [which stated] ‘Your hate makes us stronger.'”

How did Omar respond? True to her warped personality, she mocked the protesters, calling them “very interesting.”

Truly, this woman is despicable.

“I don’t think any of them realize that people like myself and many of the people in this room could care less about what they have to say,” Omar said.

Rep. Ilhan Omar (D-MN) mocks the "very fascinating" pro-Israel demonstrators who were protesting her yesterday: "But I don't think any of them realize that people like myself and many of the people in this room could care less about what they have to say" pic.twitter.com/k9ZkluGJmW

Folks have been calling for Omar to step down from her post due to the anti-Semitic nature of her attitude and comments, making it clear that she truly harbors some sort of hatred for Israel, our longest and best ally in the Middle East.

If a conservative congressperson said similar comments there would be hell to pay and calls to step down would be loud and clear, ringing out across the land.

This woman has been so vile that she actually inspired a resolution to be crafted about avoiding anti-Semitic language, which was voted down by Democrats, once again exposing their own inherent hatred and racism.

It’s time for Omar to be held accountable for the hate she is spreading.